The British marque's headline sports car is about to go mid-engined.

Further details of the Jaguar F-Type successor, rumored to be called the J-Type, have made their way onto the web. According to Auto Express, the car is already in development, and will likely be unveiled around 2022.

Unlike the E-Type-inspired F-Type however, its replacement will be mid-engined, with Jaguar finally delivering on the promise of the C-X75 (pictured) albeit in watered-down form, and producing its second mid-engined car since the iconic XJ220 of the 1990s.

Also reported by the British publication is that the new mid-engined Jaguar will come with some kind of hybridization – and an all-electric version could follow as well to rival Porsche's upcoming Taycan. Solid state battery technology currently in development for automotive use could also be ready to make its way into production cars by the time the new vehicle arrives.

The hybrid version of the car will likely have an electric motor on each axle, with a supplementing V6 engine between them producing around 550 horsepower. The C-X16 concept car, which previewed the production F-Type back in 2011, was a hybrid. The car shown at the Frankfurt motor show had a 375-hp supercharged 3-liter V6 petrol engine with a 92-hp electric motor mated to an eight-speed automatic transmission. 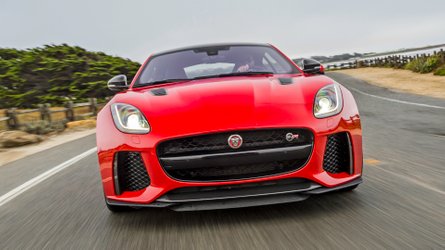 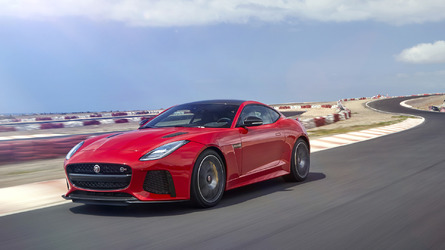 Jaguar Design Chief Is Interested In A Four-Door F-Type

The addition of electrification to the car should see it step out of the sports car mold, becoming more of a supercar. In fact, the hybrid Acura NSX is reportedly Jaguar's benchmark for the project. In case you needed reminding, the 3.5-litre, twin-turbo V6 supercar (Honda's first since the original NSX was discontinued in 2005) has a combined engine and electric power output of 573 hp, can do the 0-62 mph (0-100 kph) sprint in 2.9 seconds, and has a top speed close to 200 mph.

Appearance-wise the rumored J-Type is set to be a departure from the car it will replace, which is somewhat expected with the car's change from front to mid-engine layout.

A mid-engined F-Type replacement has been on the cards since as far back as 2016, despite the F-Type's initial introduction just three years prior. Back then Jaguar design director Ian Callum told Road & Track magazine that the F-Type's replacement could be mid-engined, saying: "I think we’ve got more permission to break the mold."

"Our F-Type, before the one that became the production car, the previous design concept was mid-engine," he said. "It never happened. It would have been very different. But I think we’ve got permission to do that, because we’re a sports car company."

While the J-Type name is still to be confirmed, Jaguar has already filed a trademark application for the nameplate.

78 Photos
By: Dominik Wilde
Published by: Adrian Padeanu
++
Got a tip for us? Email: tips@motor1.com