First Look: New Honda Passport SUV Spied Inside And Out 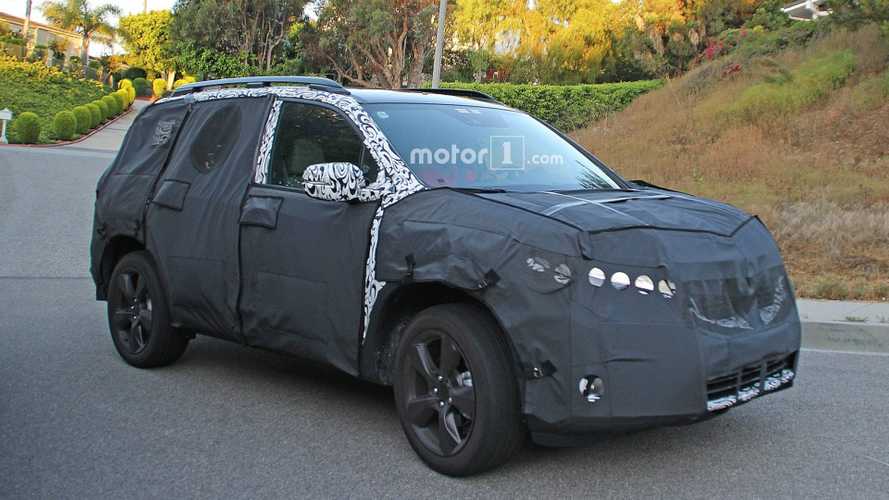 It's basically a Honda Pilot with five seats.

It looks like rumors we’ve been hearing about a new SUV from Honda are true. Spy photographers in Southern California captured this well-covered people mover on the streets around Malibu. It’s clearly smaller than the three-row Pilot, but it seems rather bulky to be a new CR-V. Rather, this new offering should slot in between the two as a large five-passenger SUV, and our sources say it should revive the Passport moniker in the process.

Those same sources tell us the new Passport will share underpinnings with the Pilot, meaning we can expect a 3.5-liter V6 under the hood. That engine makes 280 horsepower (209 kilowatts) in the current model, with either a six-speed or nine-speed automatic transmission available. The Pilot is front-wheel drive with available all-wheel drive, so that capability will surely carry over as well. This prototype does appear to have a shorter wheelbase compared to Honda’s range-topper, lending more evidence to this being a slightly smaller Pilot with five seats and ample cargo room.

The extensive camouflage does a fantastic job of hiding exterior details, but a close look at the front clip does reveal similarities to the Pilot. We see some similarity in the taillights as well, though admittedly the coverings make it tough to suss out the full story. It’s quite likely the Passport will borrow heavily from its platform-sharing twin, but a shorter rear overhang and smaller wheelbase will call for some Passport-unique bits.

This batch of spy photos also gives us a quick glance inside the greenhouse. Glare from the window makes it hard to see, but we’re fortunate to catch this prototype with the covering off of the center stack. The infotainment system is a dead ringer for what we see in the current Pilot, right down to the single control knob and air vents flanking the screen. In other words, expect the Passport to closely resemble the Pilot inside.

When will we see Honda’s new SUV? With the heavy coverings in place we’re tempted to say a reveal is still a long way off, but automakers are fast-tracking SUVs to production like never before. We wouldn’t be surprised to see this show up in just a few months at the 2018 LA Auto Show, with sales beginning in the first or second quarter of 2019.