2021 Toyota Venza Vs The Competition: See How It Compares 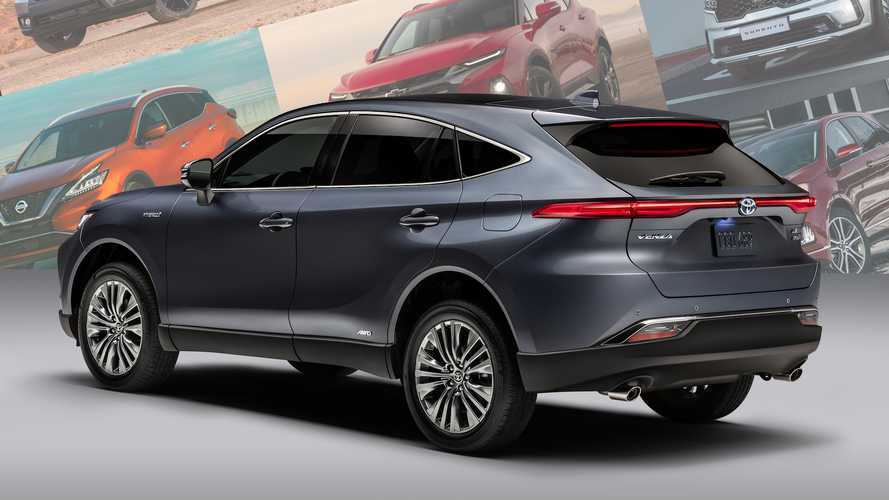 See how the Venza stacks up against models from Chevy, Ford, Honda, Hyundai, Kia, and Nissan.

The 2021 Toyota Venza revives a dead nameplate for a completely new vehicle. It arrives during a crossover boom as automakers put an even greater focus on this popular segment. While Toyota isn't offering too many details about the Venza yet, the company's announcement offers a few specs that we can compare against the competitors.

The Venza comes exclusively with a hybrid-assisted 2.5-liter four-cylinder that makes 219 horsepower (163 kilowatts). This is on the lower end of the segment in comparison to the other vehicles in the table above. However, Toyota estimates the powertrain to return 40 miles per gallon combined fuel economy. The impressive figure would certainly be a major selling point for the new vehicle, especially in a segment where mileage in the 20-mpg range is the norm.

The Venza also comes standard with all-wheel drive. It's an electric system that uses two, electric motors to turn the rear axle.

What's On The Inside?

The only specification that Toyota releases about the Venza's interior is that there is 36.3 cubic feet of cargo space behind the second-row seats. The figure isn't class-leading but is competitive in the segment.

The Venza will come standard with an eight-inch infotainment display, which is a common size among crossovers. However, a 12.3-inch screen is standard on the Limited trim level and optional on the XLE. Plus, the Toyota system has Amazon Alexa support, which isn't available on any of the competitors in the table above.

2021 Toyota Venza: The Midsize Crossover Is Back, And It's A Hybrid

The Venza comes standard with a six-speaker stereo, but buyers can upgrade to a nine-speaker system. Buyers will also be able to get amenities like a 10-inch head-up display, digital rearview mirror, and panoramic glass roof with that can switch between being frosted and clear.

The Venza will go on sale in the United States this summer. Toyota isn't yet discussing pricing for us to see how it compares to the cost of the competitors.