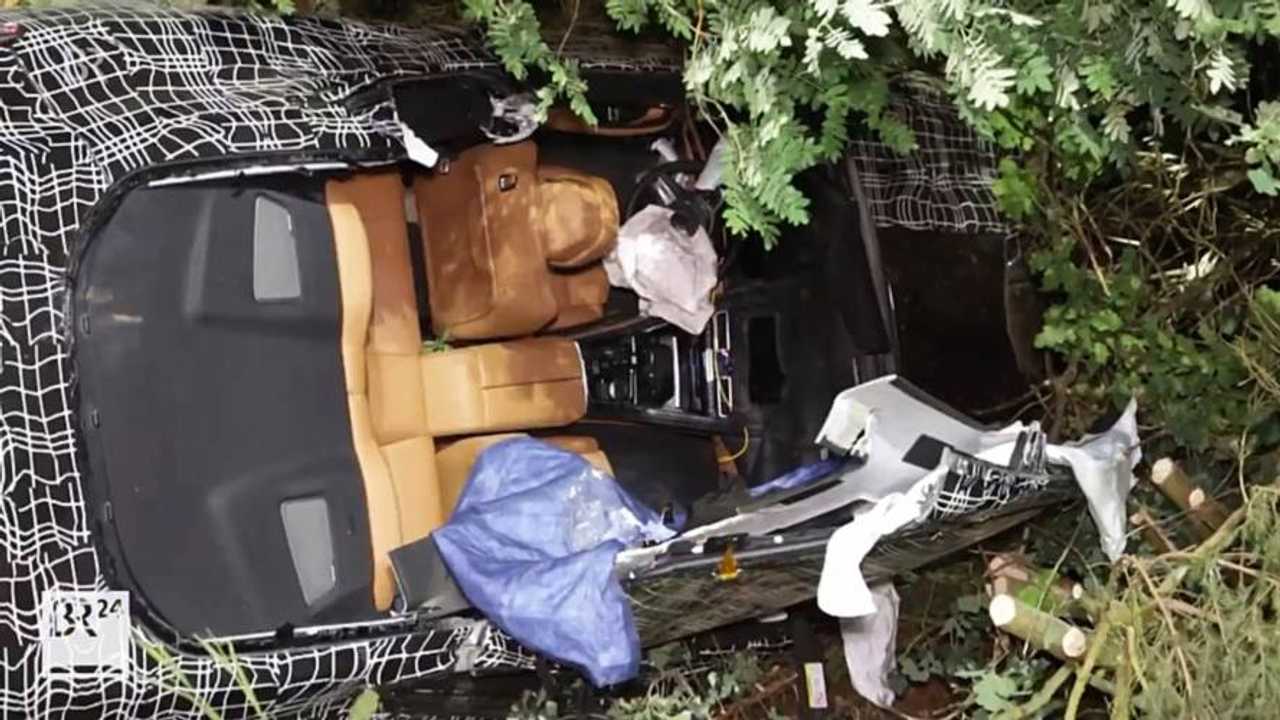 The BMW 8 Series’ road to reveal is coming to an end on a sad note as a prototype was involved in a deadly crash last night in Germany. The accident took place near Bodenkirchen, a municipality in the district of Landshut in Bavaria, when the 37-year-old driver of a near-production test vehicle lost control of the coupe and went off the road.

According to the preliminary police investigation, the driver was speeding and failed to follow the road up ahead while making a right turn. The 8 Series prototype, which appears to be an M850i version, collided with several trees before coming to a stop on the right side of the road. While the driver was able to free himself from the wreckage, the 53-year-old front passenger remained blocked inside the car.

More about the new 8 Series:

Emergency rescue teams from the Bodenkirchen and Egglkofen fire departments rushed over and had to use a hydraulic spreader-cutter to remove the roof and take the injured woman out of the severely damaged BMW. Unfortunately, she – the mother of the driver’s girlfriend - had suffered multiple head injuries and died at the scene of the accident.

Local authorities are currently investigating to discover what actually happened Saturday night at around 10 PM on the county road between Bonbruck and Buch. The video attached below shows tire marks next to the road and probably from that point on things took a turn for the worse. The test vehicle’s airbags did deploy, but the impact was very powerful as a result of excessive speed, causing deadly injuries to the passenger.

Our sincere condolences go to the family of the deceased.

The BMW 8 Series Coupe will be officially revealed this coming Friday, on June 15, during the 86th 24 Hours of Le Mans endurance race.