In the end, aren’t we all winners?

You can look at horsepower and torque numbers, fret over curb weights and gear ratios, and otherwise go blue in the face arguing if the BMW M5 or the Mercedes-AMG E63 S is a superior luxury performance sedan. You won’t change the heart and souls of rivals – instead, the attacks will only entrench the competition. It’s 2018, and you like what you like. Leave it be. But in an industry where being better than the rest has real-world financial outcomes, sometimes it pays to pit two competing cars against each other in rigor test of performance – such as an epic drift battle. 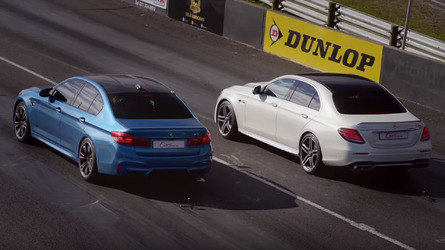 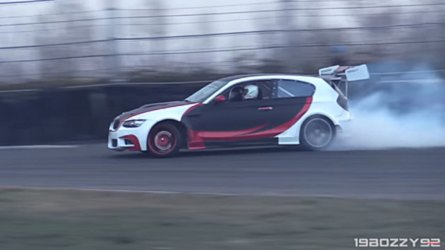 The Cars.co.za YouTube channel, eager to embark on a journey of scientific discovery, decided to see if the M5 and E63 S could drift. These are large, all-wheel-drive luxury sedans that offer a rear-wheel-drive mode for when the driver wants to get squirrely in the corners. In one corner, you have the E63 S with its biturbo 4.0-liter V8 producing 602 horsepower. In the other, the M5 producing 600 horsepower from its 4.4-liter biturbo V8. While the two match on horsepower, the AMG has a clear torque advantage, producing 627 pound-feet compared to the M5’s 553. Torque is key to drifting, especially considering how heavy the two sedans are.

The Mercedes goes first, and with the flick of the steering wheel, the car is sliding sideways with smoking rolling from the rear tires. It looks almost too easy. It starts to rain at the track as the driver gets into M5. The first attempt appears to be a failure – possibly due to the wet track. However, the subsequent attempt is a breeze, sending the M5’s tail wide as the tires smoke.

The two German luxury sedans are competitors, but in the end, you can’t go wrong picking either one. They’re powerful – more powerful than necessary for the majority of owners – luxurious – and a helluva lot of fun to drive.