New Mercedes G-Class Leaked In All Of Its Boxy Glory 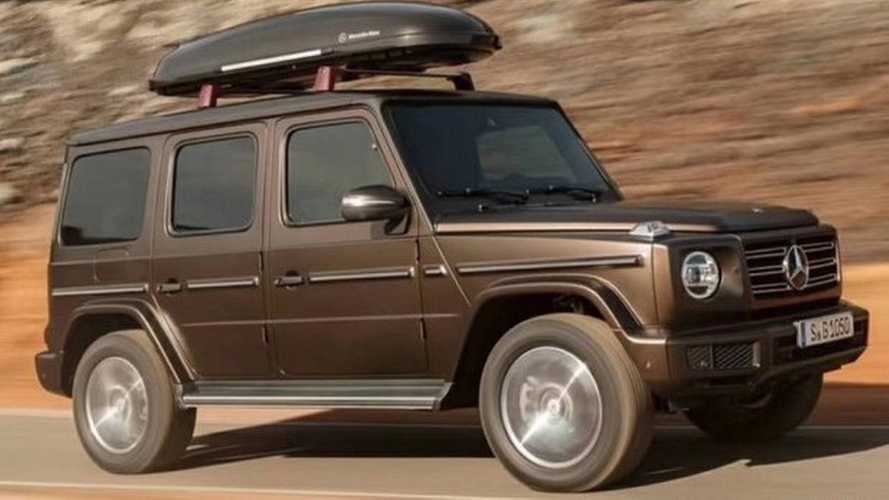 Trust us when we say it's the new one.

Very few cars in this world can get away with continuing with the same design for decades. In fact, only the temporarily unavailable Land Rover Defender and the Mercedes G-Class spring to mind. The latter in its new long-awaited W464 iteration wasn’t supposed to debut until January 15, but somehow official images have emerged onto a Chinese site to show the G in all of its retro-flavored boxy shape.

As it’s clearly obvious from these grainy press shots, Mercedes hasn’t messed around with the exterior design as it’s simply a chip off the old block, which we can all agree is a good thing. The evolutionary design makes perfect sense given the heritage of the G-Class, a reputable off roader that has been around since 1979 with virtually the same exterior appearance.

While details about the vehicle’s size are not available at this point, it’s a known fact the new generation won’t be wider than the outgoing W463 model on sale since 1990. Even so, a significantly roomier cabin has been developed thanks to smarter packaging. Aside from providing more space, the revamped interior will get a technology infusion, but we’ve known that for quite some time.

Don’t let the oh-so familiar Lego shape trick you into believing the W464 is more of the same, because nothing could be further from the truth. Yes, the off-road prowess coming from the three differential locks, low range, and ladder-type frame is still there, but a good chunk of the hardware has been upgraded.

For example, Mercedes and AMG have teamed up to develop a new independent double wishbone suspension. Another relevant example would have to be the nine-speed automatic transmission with torque convertor. We could go on by mentioning the updated rigid rear axle, 360-degree camera system, 18-inch all-terrain tires, and other goodies.

New engines are also in order for the 2019 G-Class, but we will have to wait until the North American International Auto Show in Detroit to learn about them.

Meanwhile, feast your eyes on these leaked official images showing the exterior and refresh your memory about the already fully revealed cabin.