The opulent droptop features the largest single piece of wood installed on a car.

Housed within Bentley’s largest showroom in the world, the new Grand Convertible by Mulliner is currently on display in Dubai among other high-end automobiles like the Mulsanne in both standard and extended wheelbase versions. The name of Crewe’s latest gem might sound familiar to fans of the brand as the car actually received its world debut back in November 2014 during the Los Angeles Auto Show.

That one was a concept based on the pre-facelift Mulsanne version with the roof chopped whereas this gorgeous two-tone example is a production model that started out in life as a facelifted Mulsanne Speed before losing its roof and being shortened by 10 centimeters (3.9 inches) after the doors. It’s wearing a predominant Moroccan Blue paint combined with a Frosted Silver finish for the hood, around the imposing grille, and also for the windscreen frame.

What makes it truly specially, other than the obvious body style change, is the lovely piece of wood applied onto the rear deck as seen on the aforementioned concept from three years ago. According to Shmee, it’s the largest single-piece of wood installed on a car and for this application it has been combined with metallic fins.

Being based on the Mulsanne Speed, it means the sumptuous convertible is powered by a biturbo 6.75-liter V8 producing 530 horsepower and 811 pound-feet (1,100 Newton-meters) of torque. Details about performances are not available at this point, but it’s safe to say these are not relevant when dealing with the epitome of luxury convertibles. Just to give you an idea, the Mulsanne Speed does 0-62 mph (0-100 kph) in 4.9 seconds and tops out at 190 mph (305 kph), but the Grand Convertible is unlikely to match these numbers since it might be a bit bulkier than the already heavy Mulsanne Speed (2,685 kilograms / 5,919 pounds).

Hand-built by Mulliner, the Grand Convertible will be limited to only 19 units as a nod to Bentley’s inception in 1919. It costs a whopping $3.5 million and will be in the hands of those fortunate enough to claim one beginning with 2018, with the last cars to be delivered in 2019. 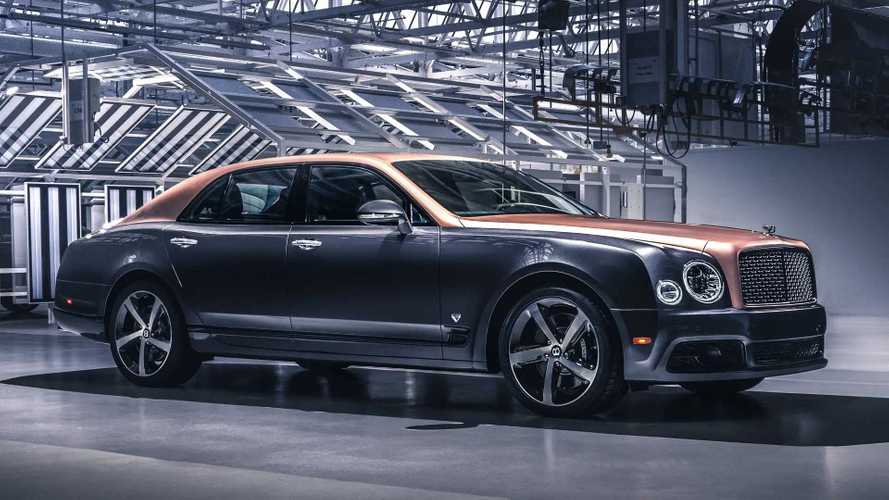