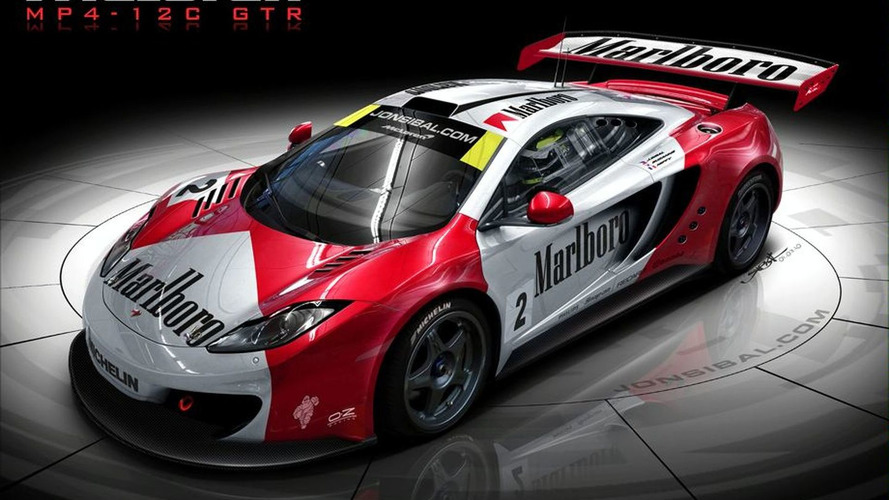 We have a new rendering for a proposed McLaren MP4-12C GTR. The pics and details inside.

"I gave the car wider fenders to house four OZ wheels (with some lip) the previous F1 GTR ran back in the days," said the artist on the website.  "I also added splitters in the front and rocker panels to keep the air moving underneath as fast and clean as possible."

The artist was a big fan of the Gordon Murray design for the McLaren F1, and the GTR version that followed.  Photos of the F1 GTR are included on this page.  The follow-up rendering to the MP4-12C GTR will be a Long Tail variety, an homage to the GTR '97 Long Tail.  Once Jon sends it out, we will bring it to you.