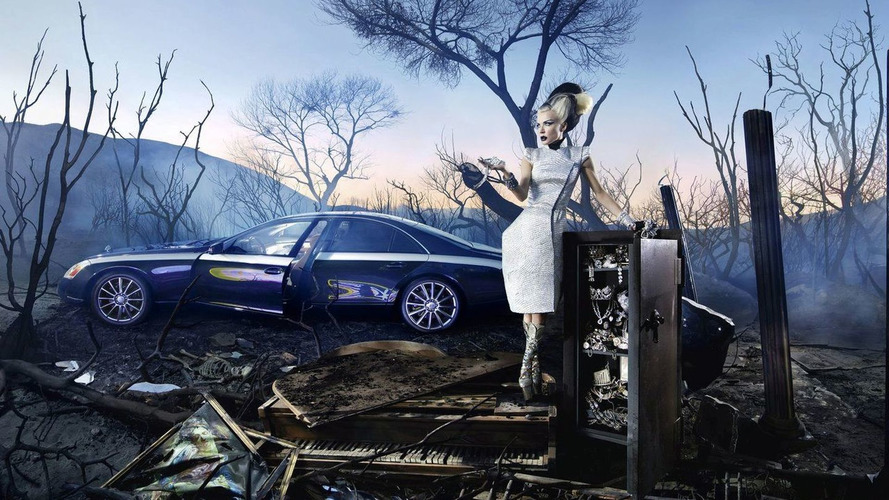 In a desperate bid for attention, Maybach has teamed up with artist David LaChapelle for an exhibit in Miami Beach.

According to Maybach's global brand manager, Patrick Marinoff, "We are very honored that such an exceptional artist like David LaChapelle, with his unusual and at times even rousing style, has interpreted the Maybach brand. The results speak for themselves; these are images that create a new view of the Maybach brand. I am convinced that the founder of the brand, Wilhelm Maybach - himself a great innovator in his time - would have also been delighted." Delighted? Really?

After they are displayed at Art Basel in Miami Beach, the pictures will go on tour at various galleries and museums worldwide. Eventually, copies of the photographs will be shown at the Daimler Art Collection in Germany.