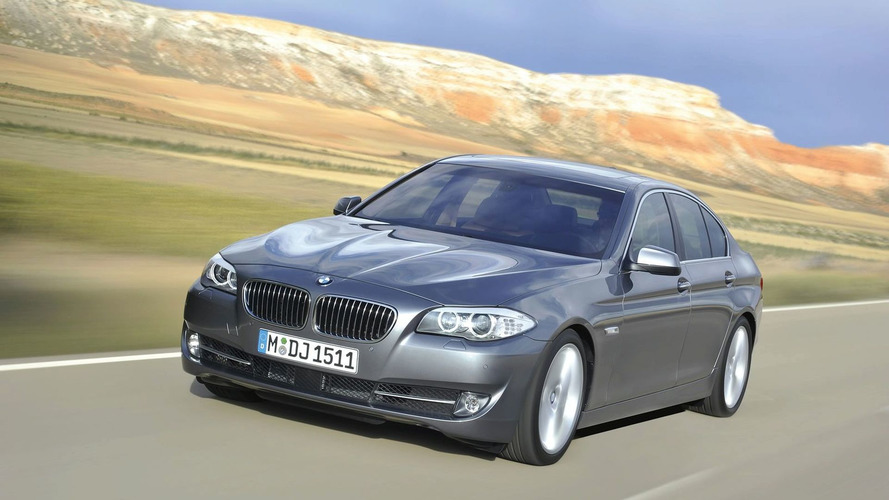 The all-new sixth generation BMW 5-Series codenamed F10 has finally been revealed today. We are sure the F10 will win back a lot of alienated BMW fans from the previous Chris Bangle design era.

In contrast to the current E60 generation which was characterized as being overly dramatic and baroque, the new F10 returns to a more graceful and conservative design reminiscent of the fourth generation E39, yet still aggressive and sporty. We are sure the F10 will win back a lot of alienated BMW fans from the previous Chris Bangle design era.

The new 5 Series sedan will launch with one eight-cylinder and three six-cylinder petrol engines as well as two six-cylinder diesels. Approximately three months later, the range will be rounded off by a direct injection four-cylinder turbodiesel.

For the front suspension BMW is doing away with the MacPherson strut system that has been in use since 1965 and adopts a more sophisticated multi-link system already seen on the 7-Series F01. The rear suspension has been upgraded as well but remains the same in principle, also as a multi-link system. When equipped with a Sport Package, Adaptive Drive is added which includes Driving Dynamics Control, Dynamic Damping Control and Active Roll Stabilization. Optional Integral Active Steering will virtually extend or shorten the vehicle's wheelbase for improved stability at high speeds and enhanced agility at lower speeds.

A tour de force of driver's aid and infotainment features are available on the 5-Series. They include a Parking Assistant, Surround View, collision warning with application of the brakes in conjunction with Active Cruise Control plus Stop & Go, and a new Speed Limit Device. Further features also available are Lane Change Warning, Lane Departure Warning, Speed Limit Info, a Head-Up Display, a High-Beam Assistant, BMW Night Vision with detection of individual persons, Park Distance Control and a back-up camera.

The latest fourth generation of BMW iDrive control appears in two versions: with 7.0-in. dimensions and 800 x 480-pixel resolution in standard form, or with the optional Navigation system, in a 10.2-in., 1280 x 480-pixel version with a wider range of features and functions as in the new BMW 7 Series. Displays are transreflective so that light from the sun actually makes the images on the screen brighter.

The 5-Series will be built at BMW Plant Dingolfing along side the new 2009 BMW 7 Series F01. The 5-Series F10 is based on the same architecture as the 7-Series as both vehicles extensively share components.

Dealer and press junket is scheduled for February 2010 in Lisbon, Portugal while European market launch takes place in March 2010.