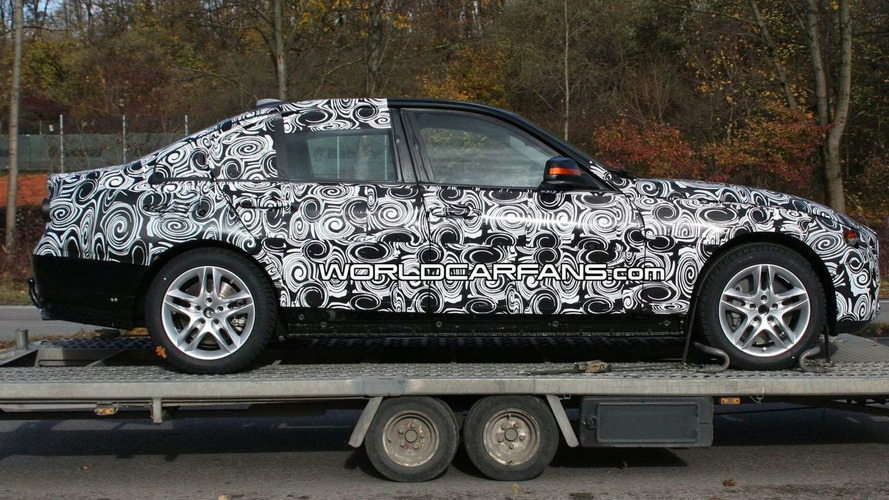 First spy pictures of a full body prototype 2012 BMW 3 Series have appeared. Much is hidden behind camouflage but the front end looks similar to the Z4.

The very first spy pictures of the next-generation BMW 3 Series have been captured. BMW's bread and butter model will be launched some time in 2011 as a 2012 model. As expected of a first prototype, not everything is clear. Black and white camouflage masks every exterior detail for now but thanks to the mule spied previously we know its wheelbase has grown a bit longer. The front grille appears similar to the Z4's.

From what is known of the BMW, the 3er will attempt to keep its body mass as low as possible for better fuel consumption and performance. There is even talk of a possible hybrid model which could do well in markets like the US and Japan. Otherwise, engines will include six-cylinder petrols and diesels. Rumours also suggest a small four-cylinder petrol turbo such as a 1.6-litre.

Body styles should follow the current trend of sedan, wagon (Touring), coupe and convertible. BMW has introduced two new turbo-powered M cars in the X5 M and X6 M, and the upcoming M5 is also said to carry turbo power. Therefore a smaller-engined M3 with twin turbo technology would not surprise.