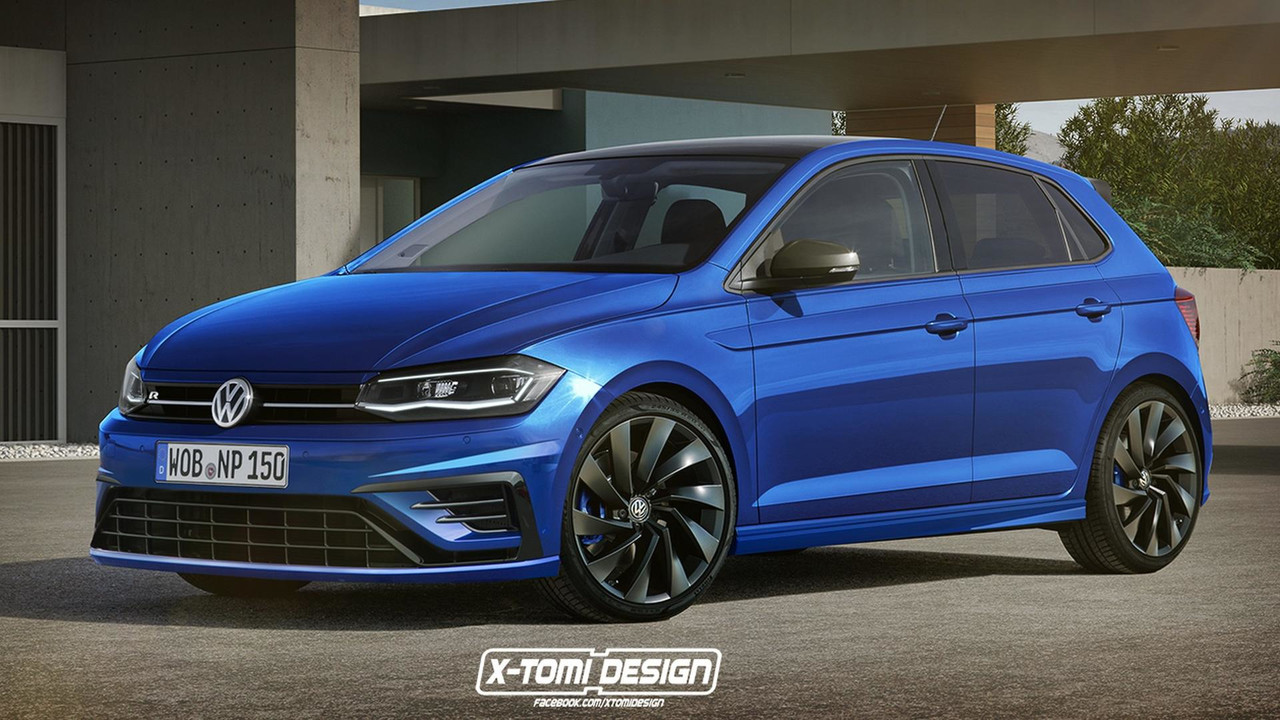 Even though you still can’t drive home the new 200-horsepower Polo GTI, it seems Volkswagen is already analyzing the prospects of diversifying the supermini’s lineup at the top of the range. British media is citing sources close to Wolfsburg about the possibility of a fully-fledged R version with a 2.0 TSI dialed to a mighty 300 hp and taken from the Golf R. It is believed prototypes are already being tested, so hopefully our spies will be able to catch the high-powered Polo on camera in the near future.

Cooling the upgraded engine won’t be an issue as VW through the voice of Ralf Kölling, director of the small car lines, has said there’s enough room in the engine bay for the extra hardware. Technically, the latest Polo is compatible with an all-wheel-drive layout since it rides on the same MQB platform as its bigger brother, the Golf. However, the Polo R might not get the AWD system since there’s a risk it would step on the Golf R’s toes and at the same time it could prove to be too expensive for its own good. As such, should it receive the stamp of approval, the Polo R will likely have a FWD setup like the GTI.

VW aficionados know this wouldn’t actually be the first-ever R version of the subcompact hatchback as the previous generation spawned a Polo R WRC Street. Pictured above, the performance hatchback served as a special edition limited to 2,500 examples and came with the 2.0-liter turbo engine of the Golf GTI dialed to 217 hp sent to the front axle.

If approved, the new Polo R is expected to be a regular production model and be a part of an expanded R portfolio that could include the Tiguan, Touareg, and Arteon. In addition, a T-Roc R has already been spotted, so it should be en route as well. Elsewhere in the VAG empire, the same 300-hp engine will reportedly power at least one new SEAT model, with the Ateca Cupra likely to join the existing Leon Cupra. Even the more humble Skoda brand will allegedly get it and that would mean there will be a Superb RS after all since the Kodiaq RS is going to feature a biturbodiesel unit.