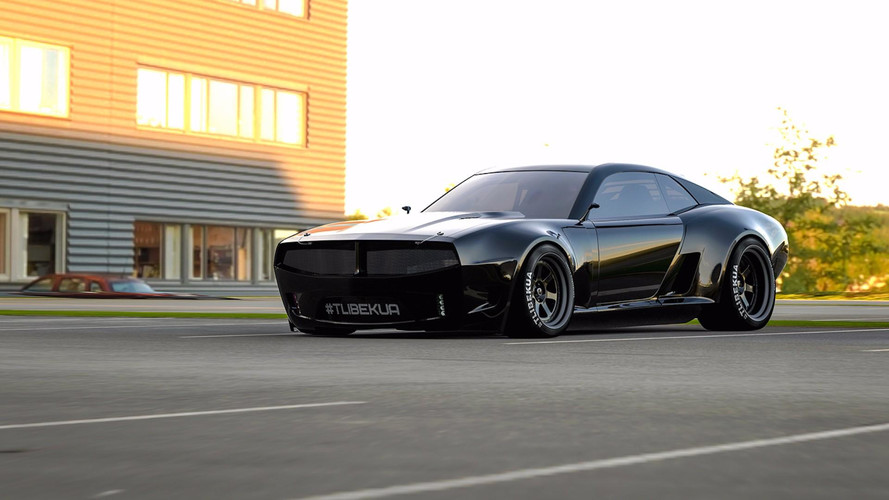 It's the muscle car that GM should build.

From 1967 to 2002, Pontiac built the now defunct Firebird. It was a pony car in the purest sense, similar to the Mustang and Camaro that it rivaled, it featured a rear-wheel-drive setup, six- and eight-cylinder engine options, and upwards of 330 horsepower (246 kilowatt) in its most powerful iteration. Sadly, after 35 years on the market, production of the Firebird was eventually shuttered, along with the rest of the Pontiac brand shortly thereafter.

But for those of us that still imagine what a modern Firebird could have been, designer Kasim Tlibekov has us covered. Tlibekov has digitally dreamt up a Firebird for the year 2017. He calls it he Pontiac Firebird TT concept – the TT designation likely suggesting a biturbo engine – and it looks absolutely sinister.

Apart from the blacked-out exterior, aftermarket wheels, and wide-body kit, the concept draws a number of similarities to the second-generation Firebird of the '70s and '80s. The handsome rectangular fascia and split grille are among the most noticeable, and pair with a sloped rear and sharp side profile, similar to the modern Mustang and Camaro.

The rear design, though questionable, includes added retro cues like a split taillight feature and window louvers. The addition of a rear wing and massive diffuser in this case gives the muscle car a race-ready look. Though the designer neglected to give any specifics in terms of power, a new Firebird would likely use the same four-, six-, and eight-cylinder engines found on the Chevy Camaro.

As handsome as this rendering may be, don’t expect to see anything like this from GM in the foreseeable future. The company has no plans of reviving the Firebird, let alone the entire Pontiac marque.