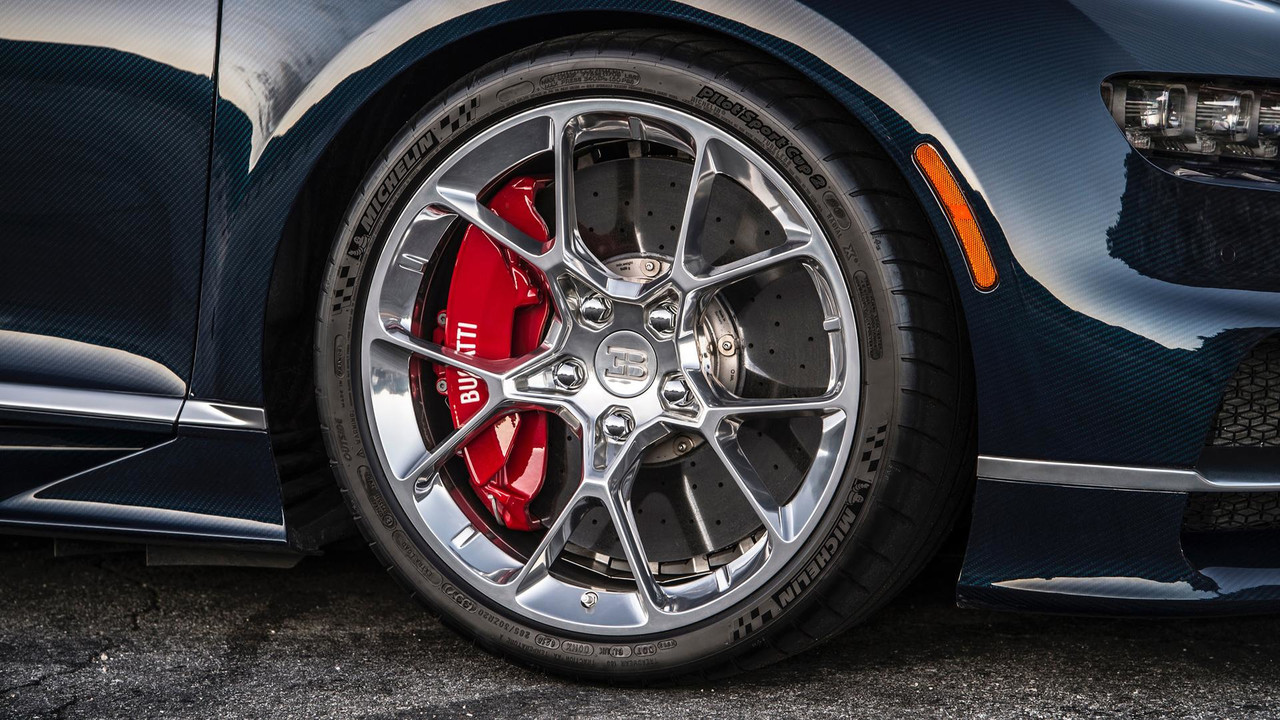 Good news for you all Chiron owners out there.

According to CarBuzz, in an interview with Bugatti Principal Engineer Martin Grabowski at Frankfurt, Chiron owners won’t have to dish out $30,000 for a set of tires; thank god. The Chiron does away with the specially designed Michelin Pilot Sport 2s found on the Veyron, and instead uses a standard rim geometry and standard mounting process, cutting the massive cost.

Own your own Bugatti Chiron with an Amalgam scale model.

"The rim is now a lifetime part. The tire itself is much cheaper," said Grabowski in the interview. "And because of the standard mounting process, you can mount it everywhere. The tires can be changed anywhere. It’s much easier." Though Grabowski neglected to give a price, he assured that it was far less than the cost of new tires for a Veyron.

Even more impressive, those standard tires have reportedly been tested to withstand the Veyron’s 261 mph (420 kmh) top speed... and then some. Grabowski suggested that there’s potential for even more speed, saying, "we’re still testing them to see how far they can go."