2019 Lexus ES Spied In The Desert With Mercedes, Audi Rivals 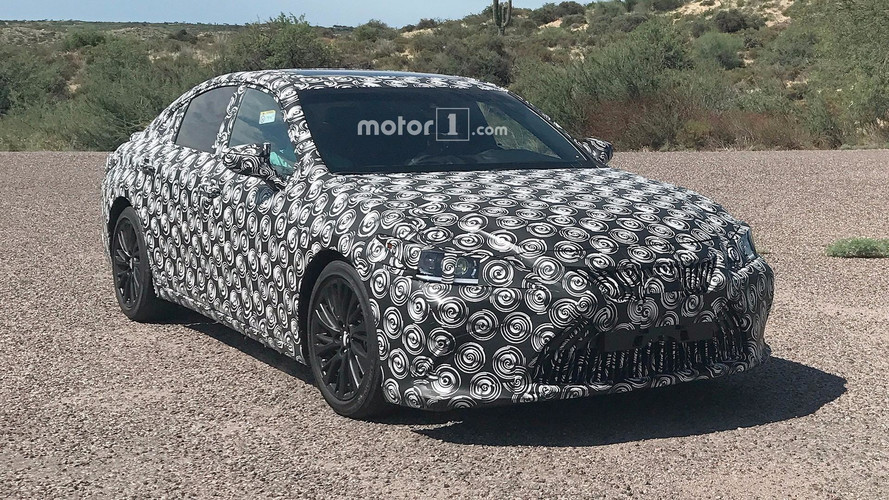 The new ES looks much sharper than the outgoing model.

The Lexus ES is a survivor. Slotted in between the sporty GS and the more luxurious LS, the ES sedan has been on the market since 1989, spanning six generations, including a refresh as recently as 2015. In keeping with the times, Lexus plans to roll out an all-new version for the 2019 model year. Spy photos show the luxury sedan hitting the desert with some of its closest competitors.

This is just the second time the new ES has been photographed, though we can’t see much under all that camouflage. What's immediately clear is that the Lexus ES is all new. Reportedly taking the place of the smaller GS, the ES will shrink significantly, including a sharper roofline, and a more athletic profile. It looks relatively svelte against rivals like the Mercedes E-Class and Audi A6, and borrows some cues from the more athletic IS.

The new Lexus ES will ride on Toyota's New Global Architecture (TNGA) – the same platform that underpins the Prius – but will continue to use the same V6 and hybrid powertrain setup. The 3.5-liter V6 found in the current ES produces 268 horsepower (213 kilowatts) and 248 pound-feet (336 Newton-meters) of torque. Front-wheel drive will come standard, while an all-wheel-drive version is highly likely.

Nobody knows exactly when the new ES will show up, but reports suggest that it could make its debut next year at the New York Auto Show. The new and improved ES will join the larger LS, which made its debut earlier in the year in Detroit, as well as a small UX crossover, which we saw make its concept debut in 2016.