Aston Martin One-77 on display at Nurburgring store grand opening 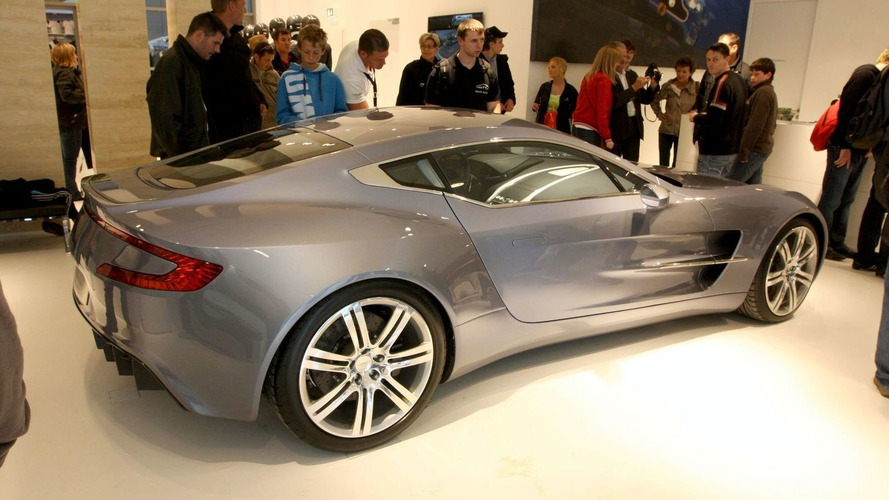 Aston Martin lets new One-77 supercar take a bow at the Formula One German Grand Prix. The model on display was the first production One-77 ever constructed and one used for testing by the luxury British automaker.

Aston Martin was sure to be on hand at the Formula One Grand Prix Germany event at the Nürburgring circuit over the weekend with its new One-77 model.

According to our photographer, the One-77 on display was the first production model ever constructed by the luxury British automaker and has been used for testing by Aston Martin.

The presentation also helped promote Aston Martin's new store on the Nürburgring Boulevard. Aston Martin's new supercar may not be F1 competitive with its 7.3 liter naturally aspirated V12 pumping out 700 hp, but it can make up what it lacks in power with some serious cabin luxury.

The rest of the One-77's performance data is something Aston Martin is not yet willing to share, except to say that the 0 to 100 km/h sprint will be in under 3.5 seconds and top speed will surpass 200 mph (320 km/h). But construction details give us some hint as to how well the car will boogie, as weight will come in at a sprightly 1,500 kg with the One-77's carbon fiber monocoque chassis.

The One-77, conceptually conceived as a DTM racer, will also feature a six-speed sequential (automated) manual gearbox and something called Dynamic Suspension Spool Valve damping, meant for the supercar to keeps its head with all that power thrashing it about.