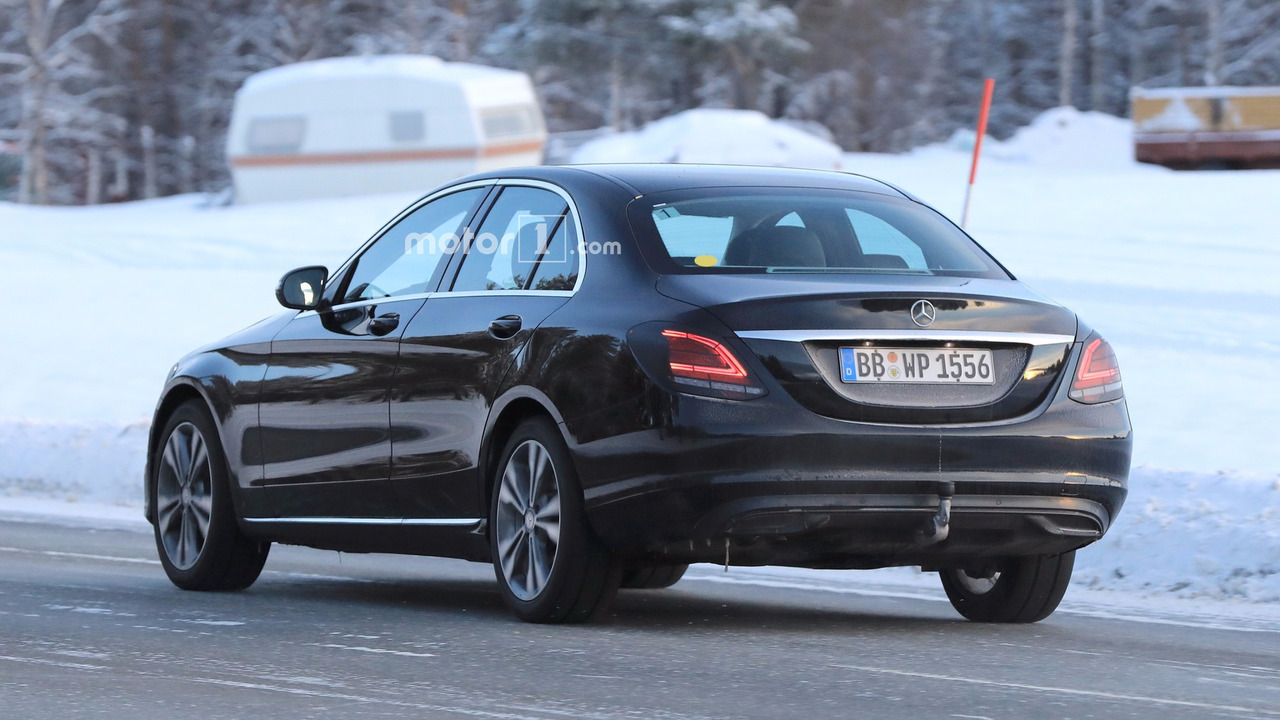 New headlights are also in tow, although this prototype did not seem to have them.

The last time our spies spotted a prototype of the mildly facelifted Mercedes C-Class it had a new pair of LED headlights with a design in the same vein as the outgoing CLS. Now, another test vehicle has been spotted and this one had the production-ready taillights featuring new graphics. It’s up to you to decide whether the fresh look is an improvement or not compared to the current car’s rear lighting clusters. To help you decide, here is a side-by-side comparison between the old and the new.

Beyond the new rear lights, the thinly camouflaged prototype was also hiding a new front bumper underneath a black plastic bit. The final car will also probably have a slightly modified rear bumper, and that should be about it in terms of exterior changes.

Previous spy shots have also revealed a new touchpad to control the COMAND infotainment system. What’s interesting is the setup has already quietly made its debut in the recently unveiled E63 Wagon, which does not have the scroll wheel anymore as demonstrated in the image below:

Beyond these minor changes, the C-Class facelift is expected to get a mild-hybrid system, but probably not right away. The company with the three-pointed star logo is cooking up a new turbocharged 2.0-liter “M 264” gasoline engine with roughly 268 hp fitted with twin-scroll turbochargers as well as an electrical 48 V water pump and a belt-driven 48 V starter-alternator. If the C-Class will get the new hardware, it should considerably drive down fuel consumption and consequently reduce emissions.

It remains to be seen when Mercedes will unveil the C-Class, but it could debut before the year’s end. The sedan will lead the way and is going to be followed by the wagon several months later and eventually by the coupe and convertible models.