Meet the man who daily drives a Porsche reimagined by Singer

We interview the "Monaco" coupe's owner to get the scoop on one of the most enviable cars in Los Angeles.

Sitting in Los Angeles traffic affords plenty of car-spotting opportunities to break up the monotony. It’s usually a nicely patina’d Datsun or an E30 with fender flares catching my eye, but on this day I saw something of a wholly different breed. Four cars back I had my first glimpse, just the side of the fender sticking out. I could tell it was a Porsche but there was something just a bit different about it. Something I thought I might recognize.

As the light turned and traffic began to move again, I hung back in my lane and grappled for my camera. One lucky shot has the car roared past, which I posted to Instagram. A keen eyed commenter tagged the owner within hours, score one for the internet. Once you’ve seen a Porsche 911 reimagined by Singer there’s no mistaking it. I jumped at the opportunity to find out more about what owning one of the most exclusive and expensive custom Porsche 911s in the world is like, so I messaged the owner on Instagram. A few weeks later I met Edward Lovett and his Porsche in a quiet section of Los Angeles.

Edward Lovett: Next to the Playboy Mansion.

Right, but we’re here to talk cars. How did you find out about Singer Vehicle Design?

I'm good friends with Chris Harris, who was involved really early on with Rob. I'd also been to Monterey and Singer had a stand at Quail Lodge. I saw the car there. It's hard not to fall in love with it immediately if you're a Porsche guy, and if you’re a car guy. I'm both of those. 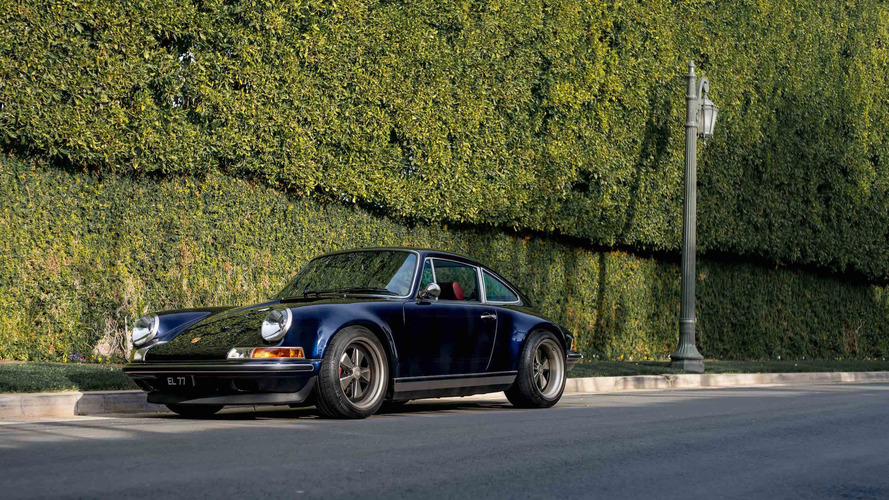 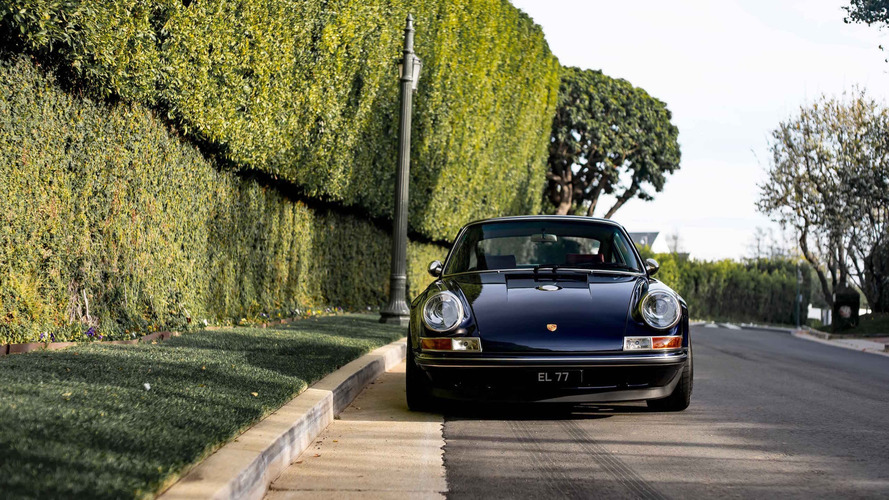 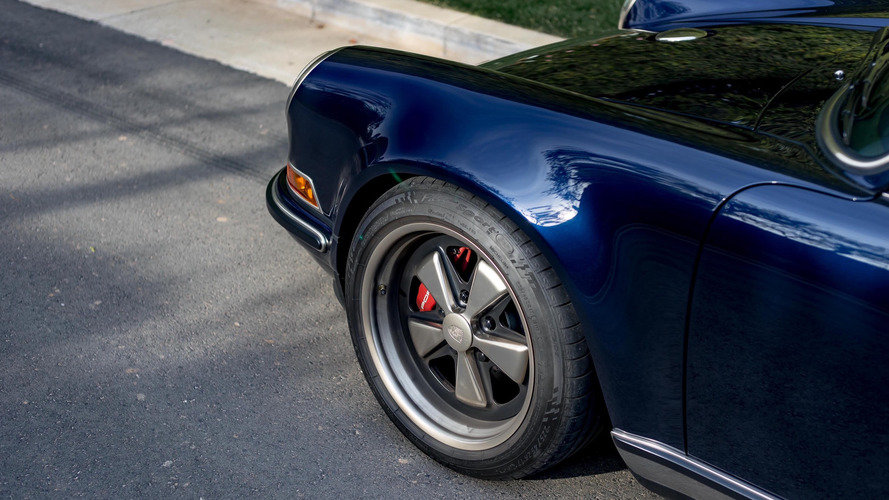 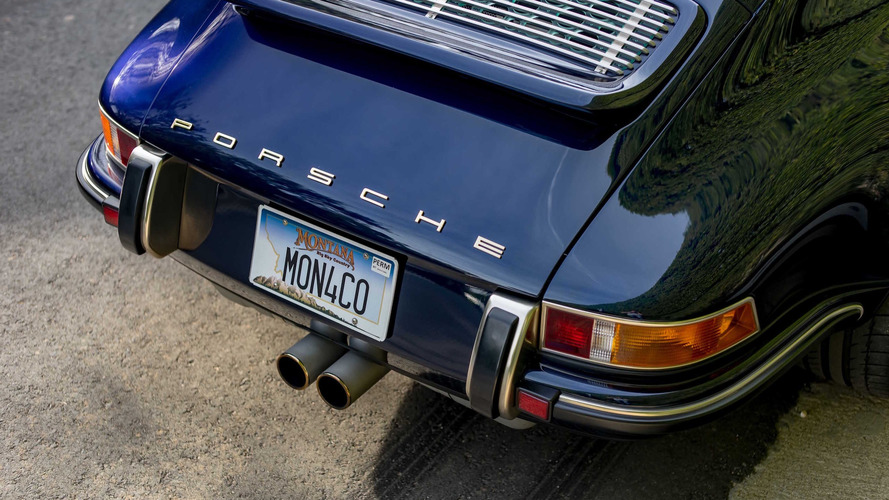 How long has Porsche been part of your life?

All my life. It’s my family’s business in the U.K., they’re Porsche dealers. My father raced Porsche for a long time. I'd love to say my first car was a Porsche, but it wasn't. It was a Nissan Sunny 1.4 LX.

Probably a more responsible choice for a new driver.

Exactly. But yeah, Porsche is sort of in my blood.

What was your first Porsche?

"It's hard not to fall in love with it immediately if you're a Porsche guy, and if you’re a car guy. I'm both of those."

That's one hell of a first Porsche.

It was. Up until that point I had only ever driven company cars or cars that didn't belong to me. I had the right to drive them, but they were never my cars. So the first car I ever bought was the GT3.

Great car. What was the customization process like with Singer?

It was really good. I went with my girlfriend at the time, now wife, up to Sun Valley. We took a look around at the cars, we took a look at some colors. I, for some reason, knew immediately that I wanted Porsche midnight blue as the color. We checked out a few different interiors. Russ and Rob and the team up there were really helpful coming up with lots of different ideas for the interior. Here's the end result. 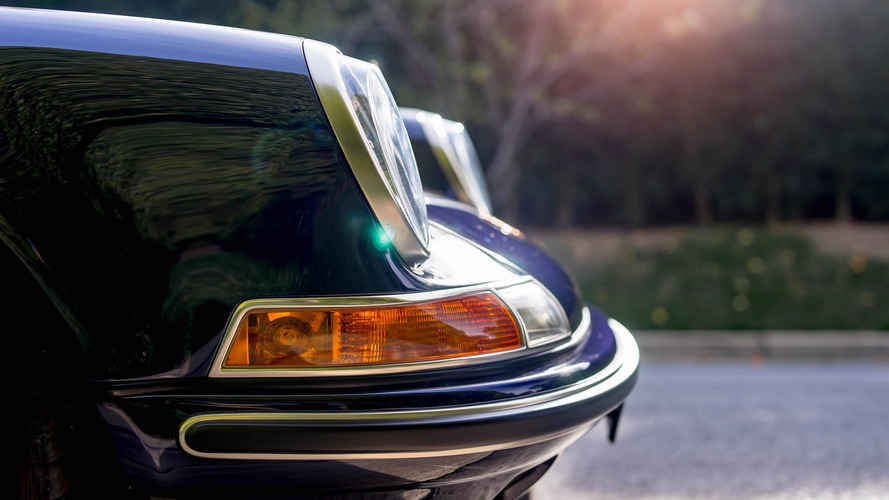 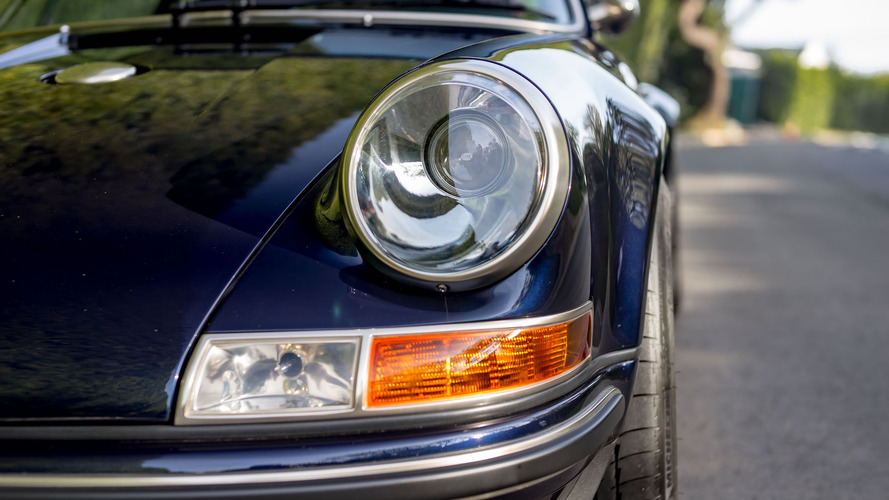 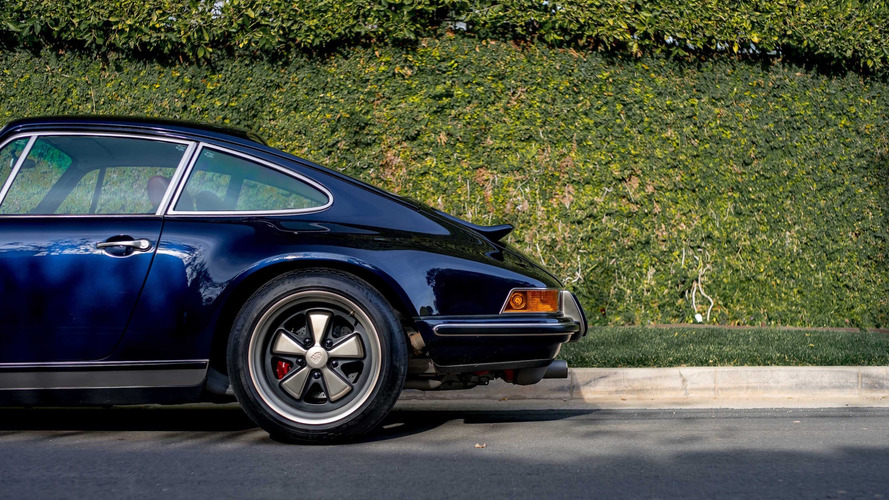 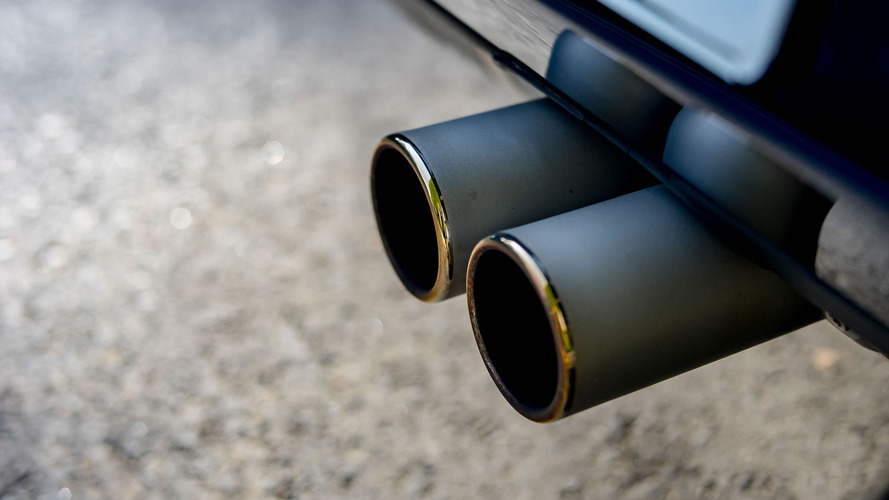 I’m a huge fan of the interior pattern, what else can you tell me about it?

All these woven interiors come from a company in New York using Italian leather. They have a digital machine so you ask them to input your color palette and it comes back to you with a sort of a suggestion. I knew I wanted some kind of houndstooth-ish interior so we had a few play-arounds with color and this is what we came up with.

How often do you drive the car?

I drive it every day. Out here I drive it every day. When we were back in the U.K. I was also driving it pretty much every day, until one of the guys at Singer said, "Well you are going to put it in storage for winter, because the salt on the roads is not going to be great." So that seemed like a pretty good time to move to L.A.

So you actually moved to LA because someone told you would have to garage your restored 911.

Well I'd like to say that, but it was probably a few others things. It seemed like a good reason, a logical reason, to move.

What's the longest trip you've taken in the Singer commission?

The longest trip the car has done is by plane from LAX to London and back. It will go back to London again and I plan to eventually drive it from London to Monaco. My longest round trip was probably 300 miles, which isn’t very exciting but it was going to see another Porsche build I have going on in the U.K. 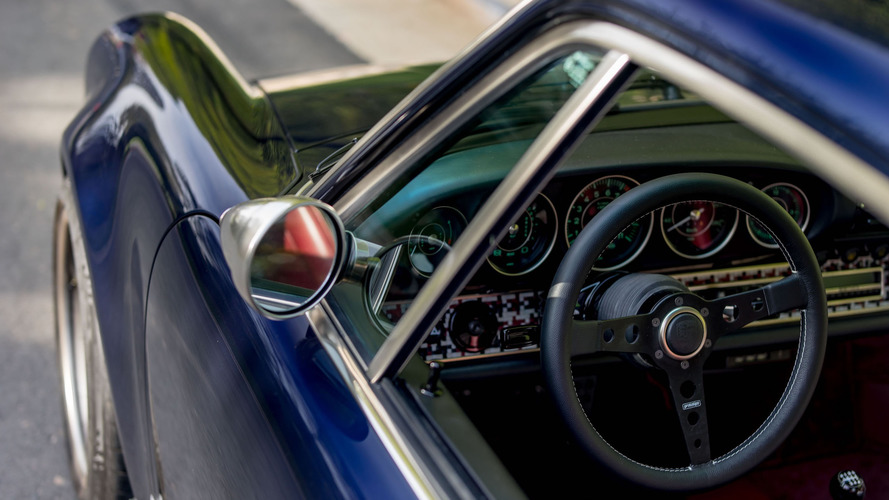 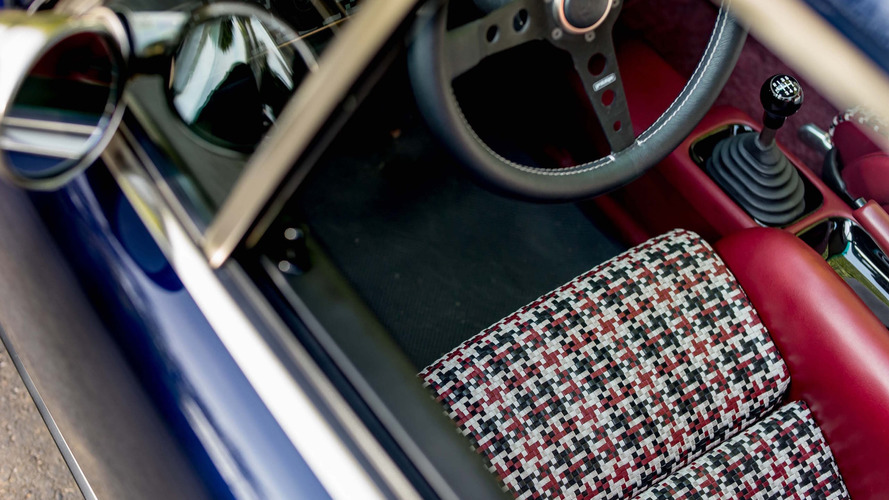 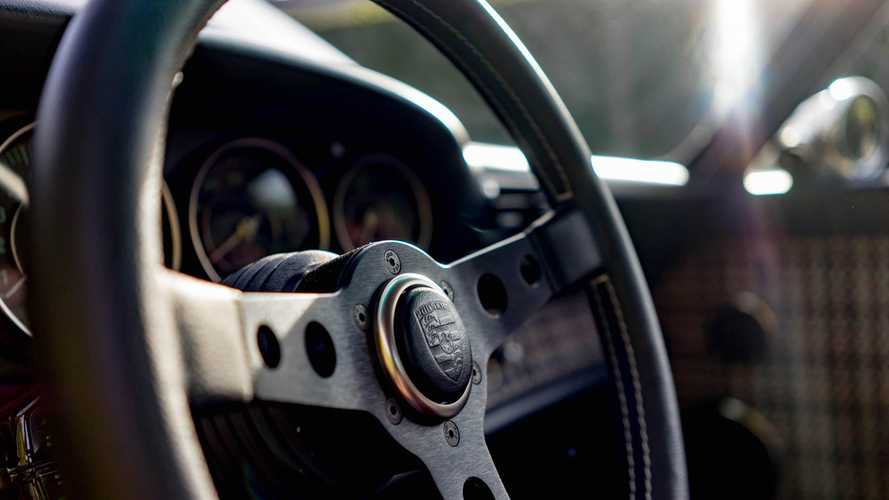 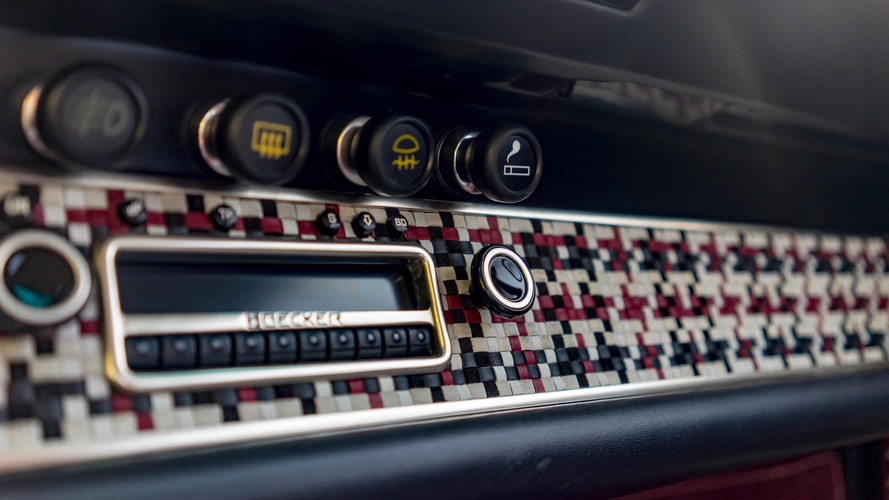 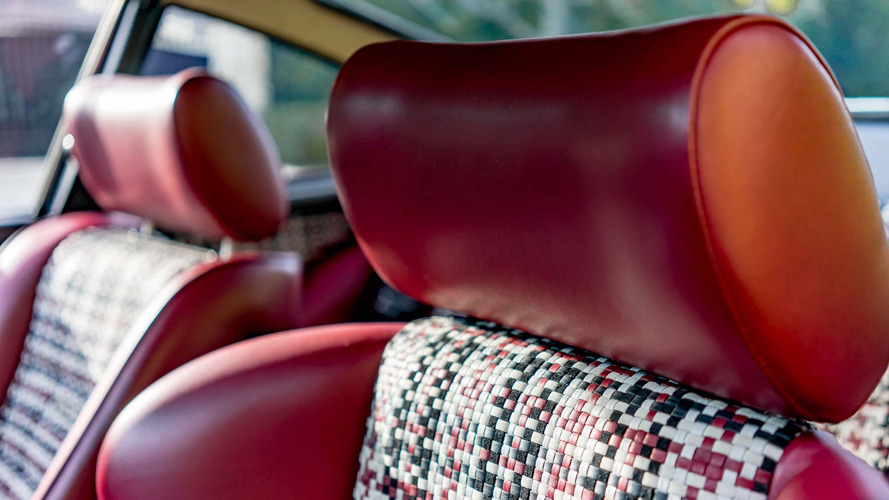 What's been the standout best thing about having a Porsche 911 customized by Singer?

For me, I've pretty much given up every other sports car or weekend car to own this particular car. And the best thing is I don't need any of those cars, when I have 911 that’s been handcrafted by Singer. It does everything for me a modern supercar can do, a modern Porsche can do, an old Porsche can do. For me it's the complete package of what I want in a sports car.

Having owned a 991 GT3, which is arguably one of the most hardcore Porsche cars in production now, how would you compare that to the Porsche 911 reimagined by Singer?

Well this particular car has the four-liter motor in it, so it revs a long way. It screams at the top end. This one's got 993 Turbo brakes on it so it stops well, and it's a lot lighter than the GT3 as well. Maybe my optimized 911 wouldn't be quite as quick on track as a 991 GT3 but it'll be far more exciting.

What pushed you past the GT3 and into this type of restoration?

I didn't really like what was happening in the modern car marketplace with a lot of people buying GT3s and GT3 RSs, and McLaren 675LTs, and 458 Speciale, with the intent on selling them to make a profit. I noticed a lot of the guys who were buying these types of cars, they all looked at a Singer restoration as not a very good financial decision. They didn't think they could flip it. And that was one of the drivers for me to buy the car, it took me away from that speculative "flipper" market, as we call it in the U.K. That's what I really liked about the car. Though, it's turned out the car has been a very good investment. If you don't want to wait two years, you've gotta pay the price to buy one now. 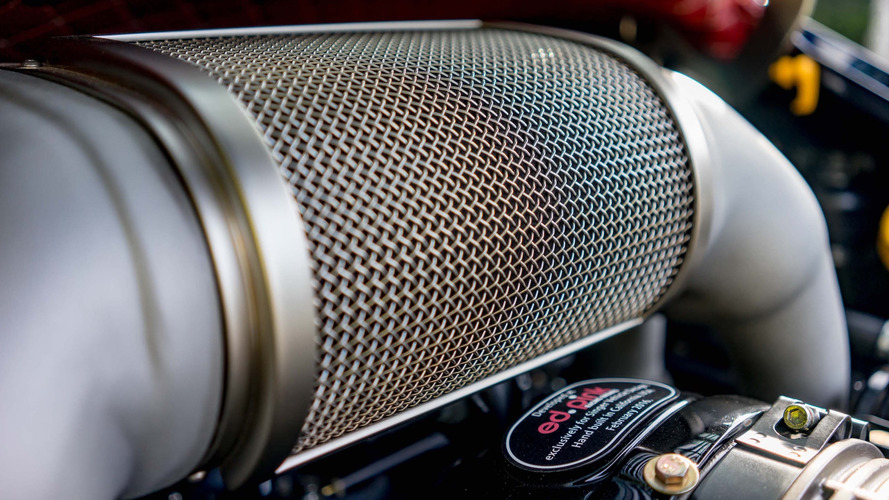 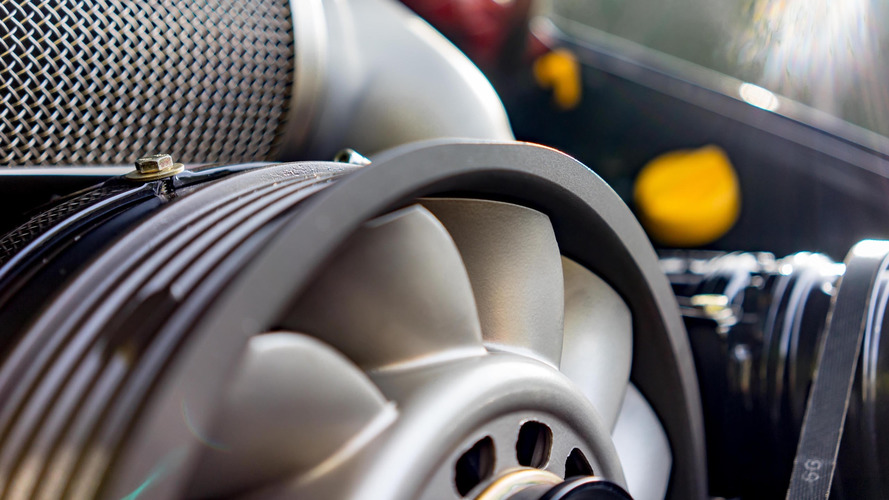 So you're saying you have no plans to flip this car.

I am definitely not planning on flipping this car.

Have you taken it to the track?

I've taken it to tracks, but I haven't been on the track with this car, yet. I'm not afraid to, I've got a racing seat in there and I'm more than happy to take the car on the track. There's a company in the U.K. called Topaz that applied a clear film to the entire car, so it's well protected from abuse on the race track and stone chips or whatever on the street.

"I am definitely not planning on flipping this car."

Have you changed anything on the car since taking delivery? Do you plan to change anything?

I've done nothing to it. Singer is developing some trumpets at the moment for the engine, and I might add those.

And I'm sure they sound amazing, too.

They do indeed. But Singer has got some other interesting things in the pipeline, so this won't be my last purchase of something to come out of Sun Valley. 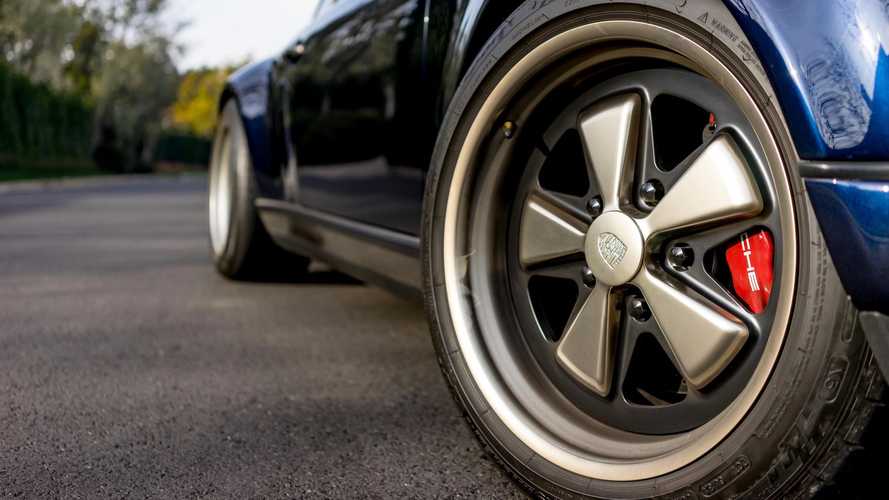 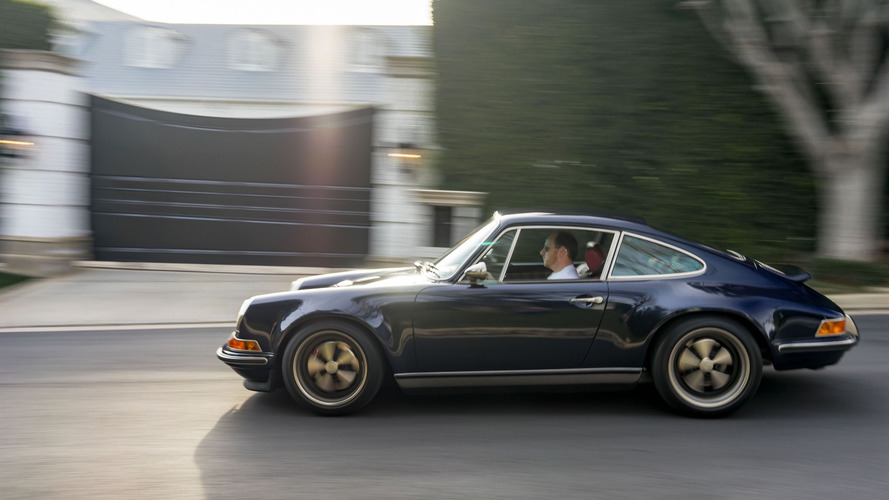 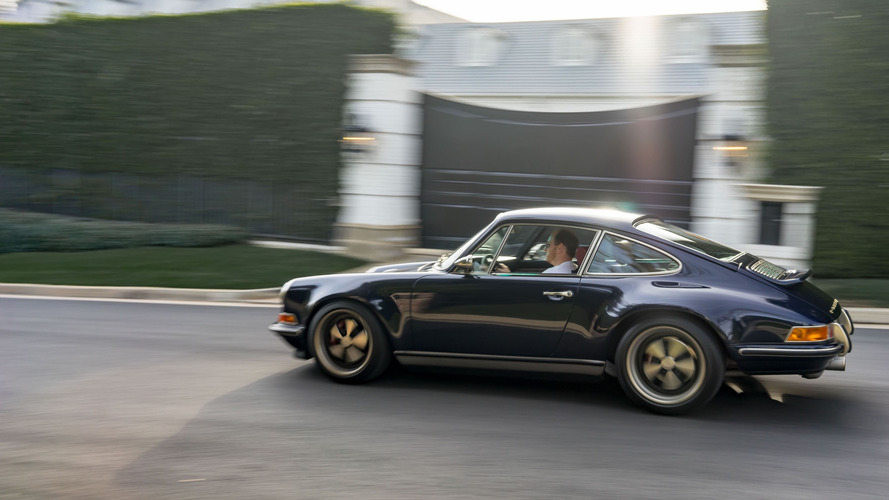 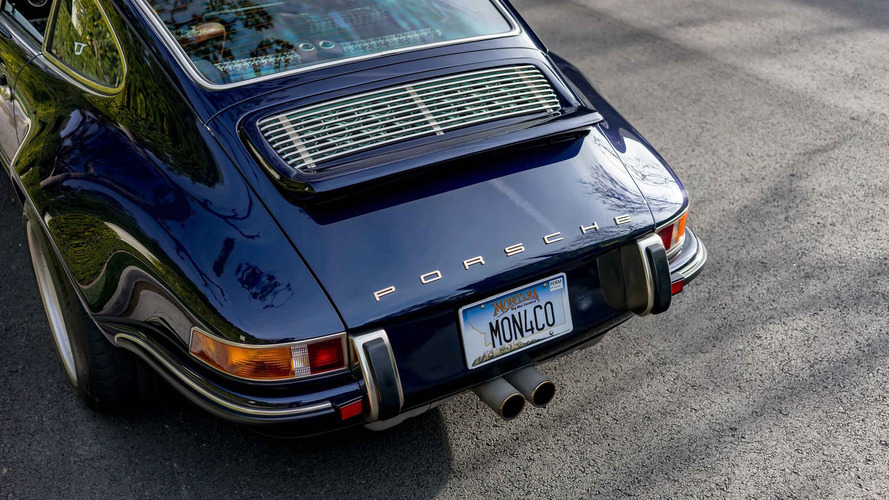 So Singer is willing to apply new products to previous restorations?

For the velocity stacks yes, but there would be a few things that would cost prohibitive to add. You almost might as well order another car if you're in a position to do so. Certainly with all of the early cars, if they learned anything within the production, they really look after the owners of the cars and would be sending them parts if there were any defaults or anything.

What's been the most surprising thing about your ownership experience?

My family’s business is car dealers in the U.K. and they've recently become Aston Martin dealers. When I was there they loaned me a few Aston Martins to use and there was a lovely old guy who would deliver the Aston Martins to me. He said, "One thing you'll notice is, in the streets people will stick their thumbs up," and they will be really supportive of what you're driving. Which you don't necessarily get with a bright red Ferrari. And I think that sort of 'Aston Martin effect' is the same effect this type of restoration gives you. When you drive down the street people don't necessarily care it's a Porsche or whatever it is, but you get the thumbs up.

And when they do realize it's a 911 by Singer, like I did, getting on the freeway as you blew past me...

There's certainly a lot of that in L.A. Not many of them know it's hand-crafted here in L.A., and this particular car doesn't have 'Singer' written on it anywhere. And I like the fact that if you know, you know.