Own the Ferrari from Magnum P.I., channel your inner Tom Selleck 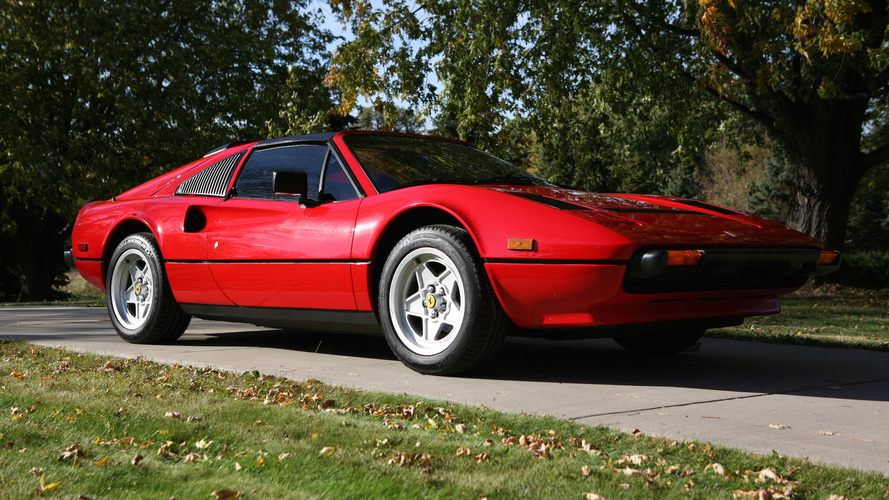 Hawaiian shirt and mustache not included.

Two of the most legendary Ferraris to grace our T.V. screens in the late ‘80s are heading to auction. Already we’ve shown you the 1986 Testarossa from Miami Vice, which will be centerpiece at Barrett-Jackson’s Scottsdale auction. Now, the 1984 308 GTS Quattrovalvole from Magnum P.I. will also cross the block as part of the Bonhams Scottsdale sale.

Apart from obvious T.V. fame – and having had Tom Selleck and his beautiful mustache behind the wheel – this lovely 308 GTS has had just two documented owners since new. The original 3.0-liter V8 remains, paired to a five-speed manual gearbox and producing 232 horsepower (173 kilowatts). It was one of just three Ferrari 308s used on the show from 1980 to 1988.

After the show was cancelled in 1988, the car was taken possession of by Ferrari where it was both repainted and serviced. It was then sold to its first true owner in Walnut Creek, California, before it was sold again the current consigner in 1989. Today it has only 36,000 miles (57,936 kilometers) on the odometer, meaning that throughout most of its television career, it was used exclusively for light action and close ups.

The original Rosso Corsa red exterior finish remains, while the original leather interior has been re-dyed in the correct shade of tan. The stock exhaust has been replaced with a Tubi unit, and less than 2,000 miles (3,218 kilometers) ago the car was given a full major service at a cost of $5,000.

Every so often a television show comes along that defines an era. In the 1980s, that show was Magnum P.I. Magnum P.I. was a crime drama that ran on CBS from 1980 to 1988, starring Tom Selleck as Thomas Magnum, a private investigator living on Oahu, Hawaii.

Throughout the series, Tom Selleck's co-star was a Ferrari 308 GTS. In the first season of the show, Selleck drove a carbureted 1978 308 GTS. The next year, Selleck's car was upgraded to a 1980 308 GTSi which was used for the second, third, and beginning of the fourth season. Midway through the fourth season, the show made the switch to the 1984 308 GTS QV, which was used for the remainder of the show's production. It is believed that there were about five cars of each series used. The cars were destined to be used for one of two distinct purposes: action shots and light action/close-ups, the latter of which were kept in pristine condition. All of the cars used on the show were provided by Ferrari North America. Once a car was no longer in service, Ferrari North America would take the car back, give it a fresh paint job and servicing, and sell it to its "first" owner.

The 1984 Ferrari 308 GTS QV (VIN. ZFFUA13A4E0051941) being offered here is documented by Ferrari North America as being one of the famous cars driven by Tom Selleck on Magnum P.I. during the 1984 – 1985 shooting season. Due to the car's condition and low mileage, it is believed that this car was used for the light action/close-up scenes.

After retiring from show business, it is believed that Ferrari North America took possession of the Ferrari and both repainted and serviced it, before the car was sold to its first owner, Ms. Georgia Anne Walsh. The warranty book shows that the car was sold as a demo. During Georgia Anne's time with the car, she changed her name to Georgia Ann Newsome. Receipts on file show that Georgia Anne had the car serviced at Walnut Creek Ferrari of Walnut Creek California. After years of enjoyment, Georgia Anne worked with Michael Moncrief, an ex-employee of Walnut Creek Ferrari to sell the car. When Moncrief listed an ad for VIN. ZFFUA13A4E0051941 in Ferrari Market Letter volume 14, number 7, on April 1st, 1989, the consignor saw the ad and quickly made arrangements to purchase the car, which at that point had only covered 12,800 miles.

Since purchasing the 308 in 1989, the consignor has fastidiously maintained the Ferrari with no regard for cost. Today, having covered less than 36,000 miles, the car presents wonderfully. The Rossa Corsa paint presents a deep and bright shine with just a few minor blemishes from continuous use over the last 33 years. The interior has been re-dyed in the correct shade of tan, which creates a very inviting atmosphere. On a recent test drive the vehicle performed fantastically with everything operating just as you would expect from the performance icon. The stock exhaust has been replaced with a Tubi unit which produces a marvelous symphony – the stock exhaust components are included with the sale of the vehicle. Less than 2,000 miles ago, in the spring of 2015 the car received a full major service with receipts totaling over $5,000.

One could argue that this particular Ferrari 308 GTS QV is one of the most famous and iconic Ferraris of all time. This Ferrari captured the hearts of millions throughout the 1980s in living rooms across America as Tom Selleck piloted this exact car around the streets of Hawaii in the pursuit of justice. Accompanying the vehicle is a wonderful history file which documents the car's history, contains a letter from Ferrari North America certifying that this car was actually driven by Tom Selleck in the 1984-1985 shooting season of Magnum P.I., the warranty book, and service receipts dating back to 1986. In addition to the history file, present with the car are its original tools, spare belts, and even the magnetic trouble light in its original bag. Do not miss what very well could be a once in a life time chance to acquire one of the world's most loved Ferraris.