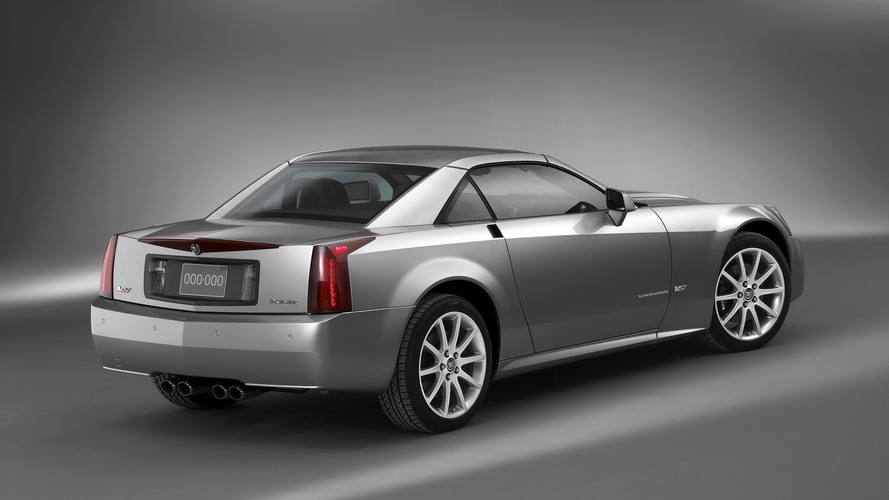 You can't be indifferent – you either love it or hate it.

Meet the XLR – Cadillac’s most exclusive vehicle in recent history, a car based on the Chevrolet Corvette C6 we all love so much.

The XLR was the flagship sports car of Cadillac during the last decade. A classic roadster with two doors, big engine, and rear-wheel drive.

Production started in 2003 at the company’s Bowling Green, Kentucky, plant. After six years on the market, the last example of the XLR rolled off the assembly line on March 31, 2009.

The model was based on General Motor’s Y platform, which has a rear-wheel drive, front-engined V8 layout, and independent suspension on all four wheels. Instead of mounting the transmission directly to the engine, the engineers decided to use a rear-mounted transaxle.

Power was provided by two different V8 motors, one naturally-aspirated 4.6-liter with 320 horsepower (240 kilowatts) and one supercharged 4.4-liter with 443 hp (330 kW). During the first four model years, the XLR was offered with a five-speed automatic, replaced by a newer six-speed auto in 2007.

Well, let’s start with the good points. While it was based on the Corvette, the XLR featured a unique styling – and some say it was actually the prettier of the two. It was the pinnacle of Cadillac’s portfolio and was nicely equipped with heated and cooled seats, a remote keyless access, a navigation system, 18-inch alloys, a seven-inch screen, and a DVD player – all coming as standard. That's impressive even by today's standards.

But… it was bigger and slower than the Corvette. Yes, it’s not only speed that matters, but when you ask $111,000 for your range-topping XLR-V model, it should be fast, really fast. The flagship version used the same supercharged V8 engine as the STS-V, but, for some reasons, the sedan was more powerful than the roadster and faster on the quarter-mile drag strip. Also, the XLR-V was slower in 0-62 miles per hour (0-100 kilometers per hour) acceleration than the Corvette and had a lower high speed.

And, yes – it was a sexy car for its time. But the retractable hardtop made of aluminum added so much weight that the XLR was also significantly heavier than the Corvette even in its hardcore V variant – 3,840 pounds (1,740 kilograms) versus 3,241 lbs (1,470 kg) for the Chevy.

Even after it was refreshed in 2009 (facelifted model pictured above), it remained a generally undesirable vehicle. Initially, Cadillac expected to produce and sell between 5,000 and 7,000 units per year, but never actually managed to shift more than 3,730. What’s more, during the final year of production, only 787 examples were sold with some leftovers offered to customers in the next two years. In 2011, the last 12 copies were sold, some two years after the production officially ended.

But, as we already said, max speed and acceleration is not everything, and exclusivity is what really matters here. With only 239 XLR-V units produced in 2009, the V-spec series could become highly collectible in the near future. Motor1 senior editor Jake Holmes agrees.

“Oh, I get it. As a sports car, the Cadillac XLR was always a disappointment. But what you can't recognize in 2016 is how cool that car seemed when I first saw one 13 years ago. Cadillac wasn't building racy, sporty cars like that at the time, and the XLR just looked, well, special. Now we take for granted that the luxury brand builds killer sports cars – the ATS-V and CTS-V are excellent – but back in 2003 it was a revolution to think of a Cadillac-badged performance machine. I don't think anyone will ever lust after buying a used Cadillac XLR to go fast, but they might for the car's rarity, style, and significance in the brand's history.”