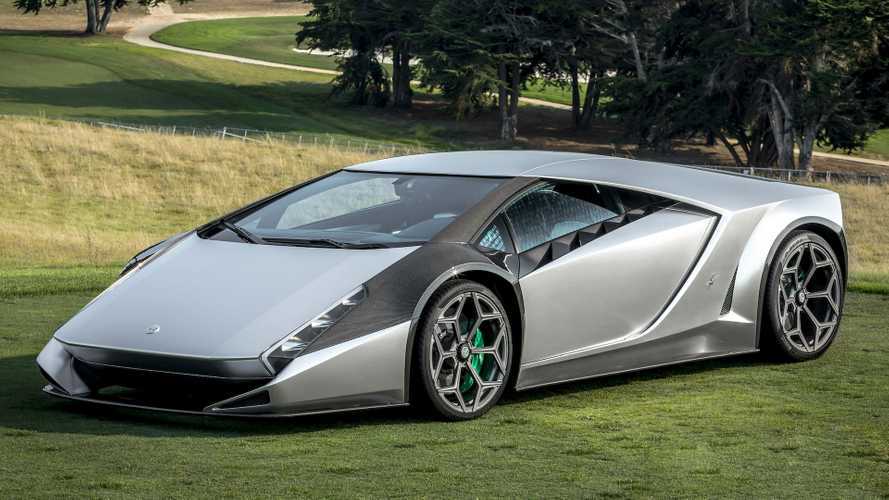 The one-off supercar created by one of the world’s best car designers.

Before we talk about the car, we first have to talk about the man behind the car: Ken Okuyama. If that name sounds familiar, Okuyma is a career automotive design pro who spent much of his career at Pininfarina. He's credited in helping create vehicles like the original Acura NSX, Ferrari 599 GTB, Ferrari Enzo, Maserati Birdcage 75th Concept, and even the fourth-generation Chevrolet Camaro. Yes, that Camaro.

But in 2006, Ken Okuyama left Pininfarina. And after a quick stint starting his own eyewear collection (dubbed Ken Okuyama Eyes collection), he created his first self-titled concept car: the K.O 7 Spider. He debuted the slinky, open-top two-seater in Geneva in 2008, kickstarting a lineage of impressive concepts and one-offs, including the one pictured here.

The Kode 0 debuted at Pebble Beach in 2017. The fixed-roof successor to the equally stunning Kode57 Enji uses "dream car proportions" from classics like the the Lancia Stratos Zero in its design. Okuyama implemented a "one motion" technique to create the Kode0's svelte profile. But aggressive details like the edgy front splitter, sharp LED headlights, triangular-shaped exhaust, and 21-inch wheels embody a stark contrast to the otherwise streamlined silhouette.

The Kode 0 was a hit at Pebble Beach. And it got even more attention visiting Jay Leno's Garage just a few months later; the video has garnered nearly 1.2 million views on YouTube. But Okuyama never intended to produce the Kode 0 on a mass scale. The lone Pebble Beach example cost its owner $1.5 million atop the cost of a donor car (about $400,000), and surprisingly, hit the classifieds soon after in 2018 with just 1,368 miles (2,201 kilometers) on the odometer. Though its retailer never revealed the final selling price, our best guess is that it went for more well over one million dollars considering the original allocation cost. It is an Okuyama design, after all.