10 Most Fuel-Efficient SUVs And Crossovers Of 2019 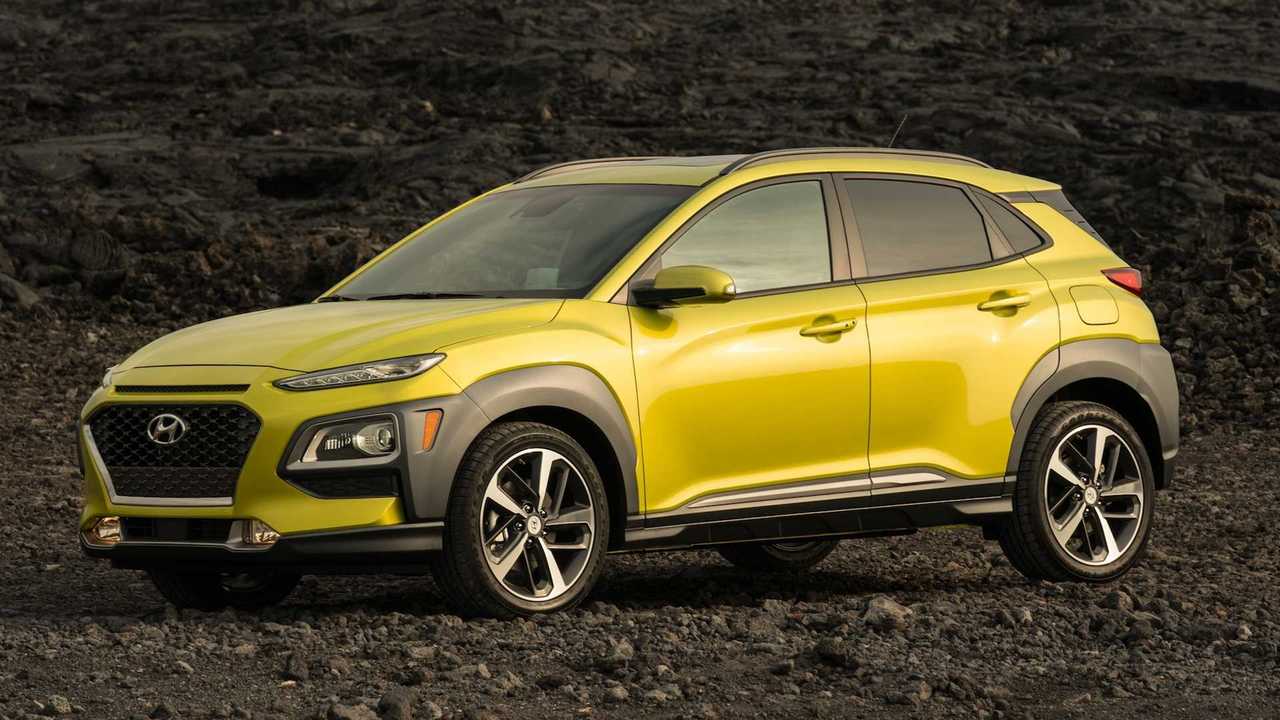 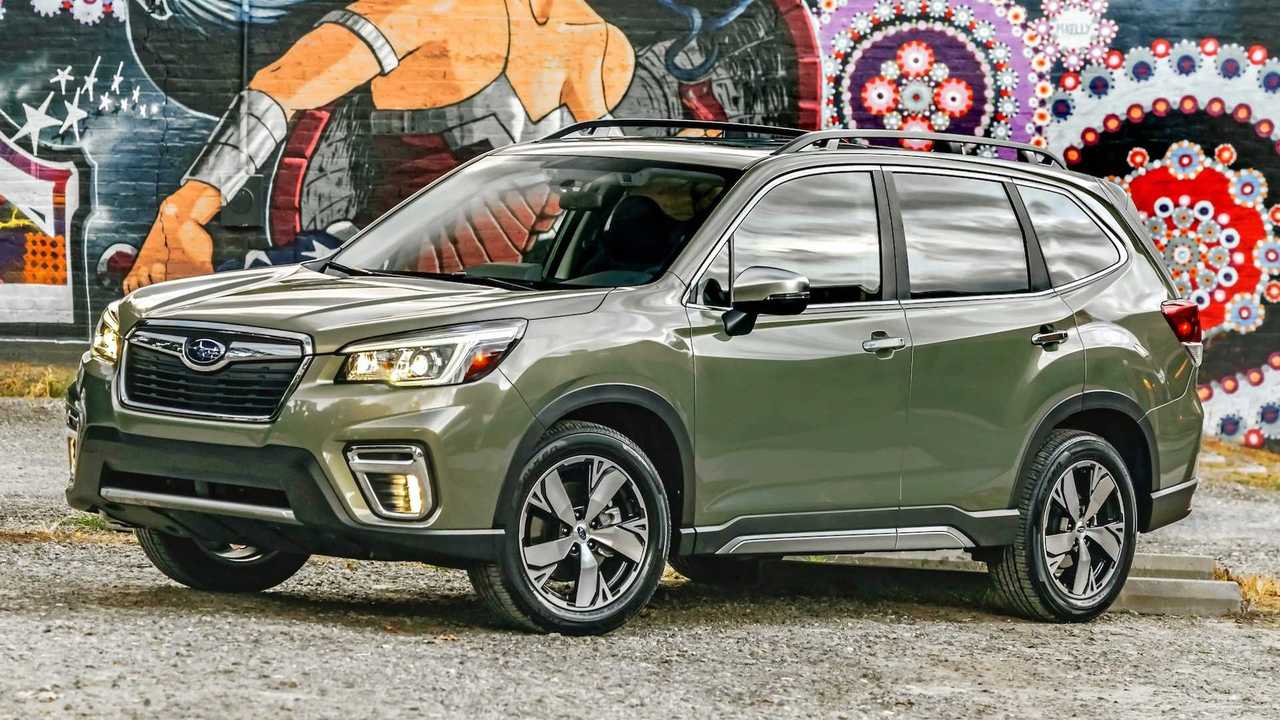 The Subaru Forester is the brand’s second best-selling model next to the Outback, and it’s easy to see why. It’s roomy, comfortable, and comes standard with a top-notch all-wheel-drive system at an affordable price. It’s also a pleasing performer, thanks to a 2.5-liter engine that drives all four wheels via a continuously variable transmission. 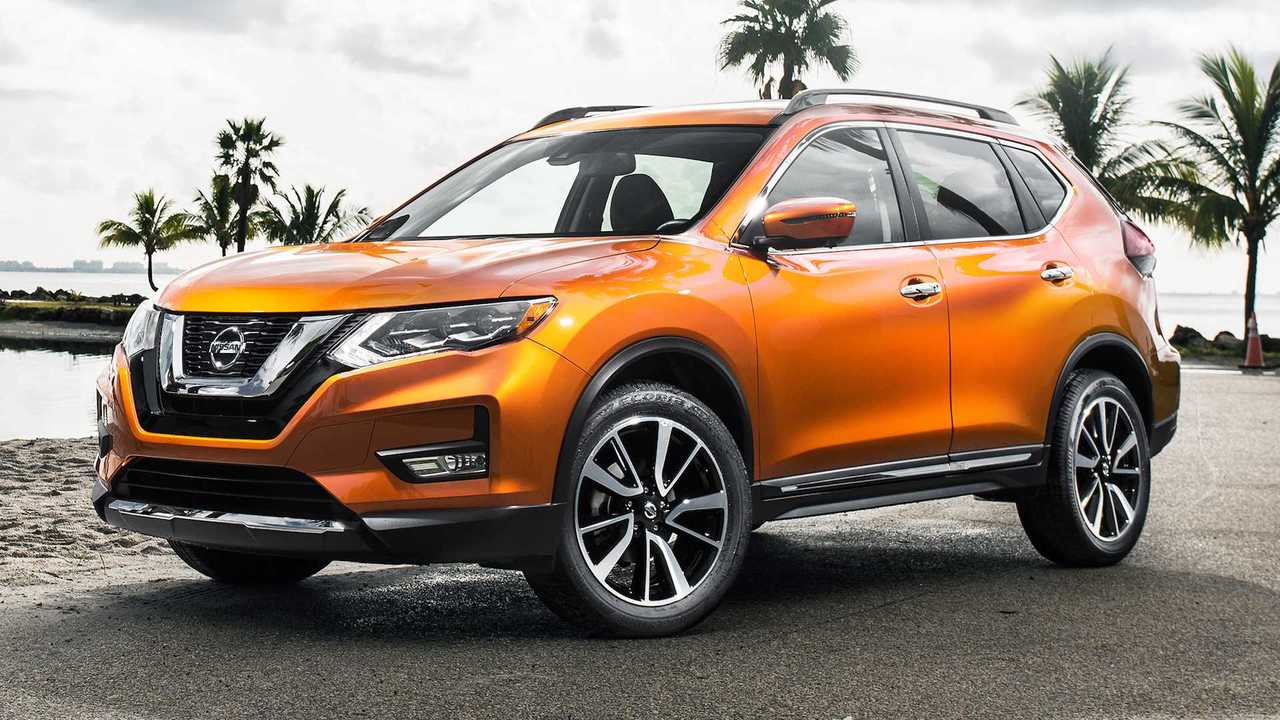 One of the industry’s top sellers, the Nissan Rogue, is all business. With a smooth ride and a gentle demeanor, it’s only sullied by the whine of its continuously variable transmission whenever its 2.5-liter four-cylinder engine is pushed hard. The non-hybrid Rogue is rated at 25 city and 32 highway with the optional all-wheel-drive system, and the hybrid gets up to 33 mpg in the city and 35 on the highway. 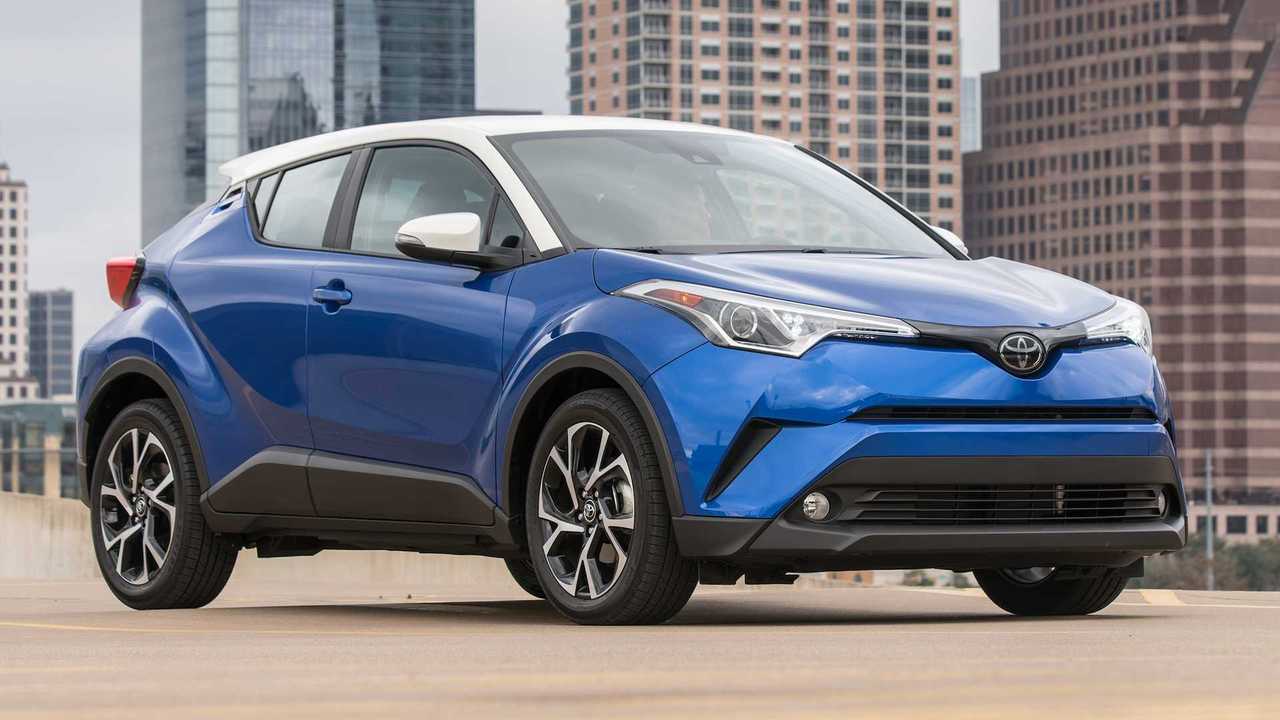 Coming wrapped in distinctive styling that some might find polarizing, the Toyota C-HR is the venerable RAV4’s smaller sibling. And like any younger brother or sister, it’s a bit more raucous. A 2.0-liter four-cylinder engine is paired to a gearless continuously variable transmission. Note that unlike most crossover SUVs, the C-HR is strictly a front-drive model. 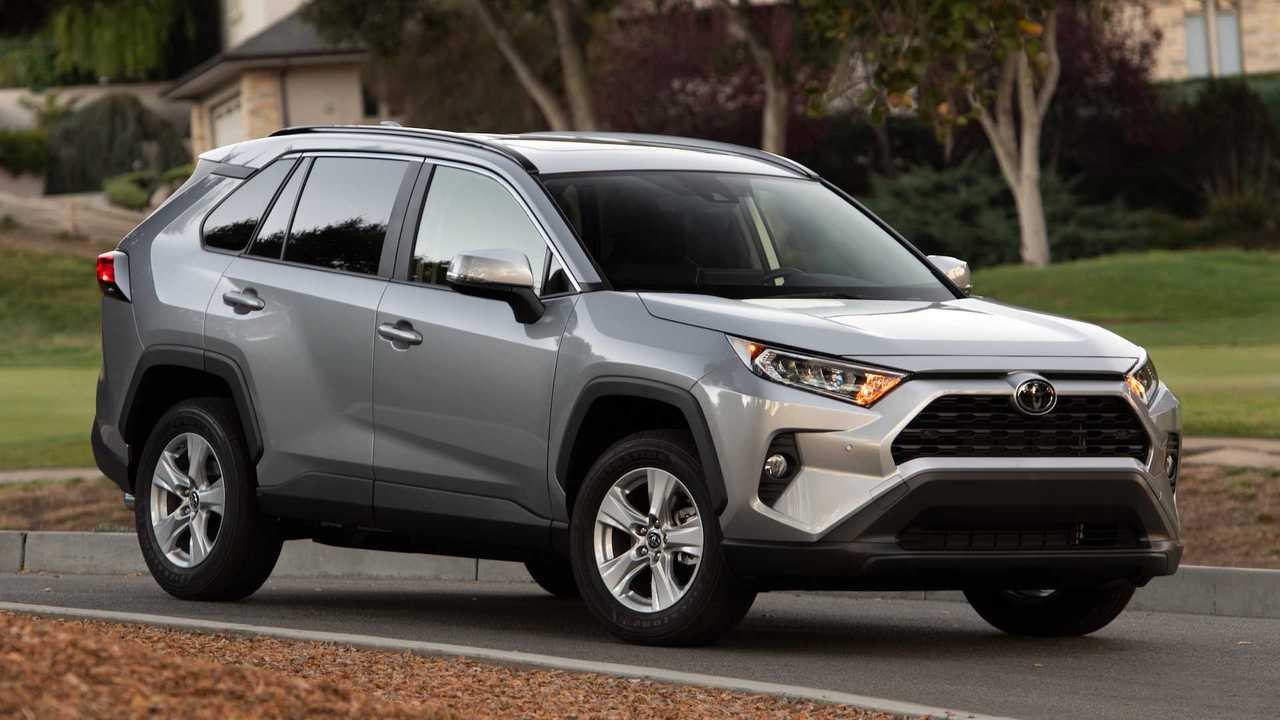 The Toyota RAV4 is the automaker’s hottest-selling model. It’s not only fuel-frugal, but it also offers a full slate of technology that includes standard forward auto-braking to help avoid accidents. A 2.5-liter four-cylinder engine channels an impressive amount of power to the pavement via a smooth eight-speed automatic transmission. The RAV4 offers different all-wheel-drive systems depending on the trim level that range in fuel economy from 25 city and 33 highway, to 27 city and 34 highway. 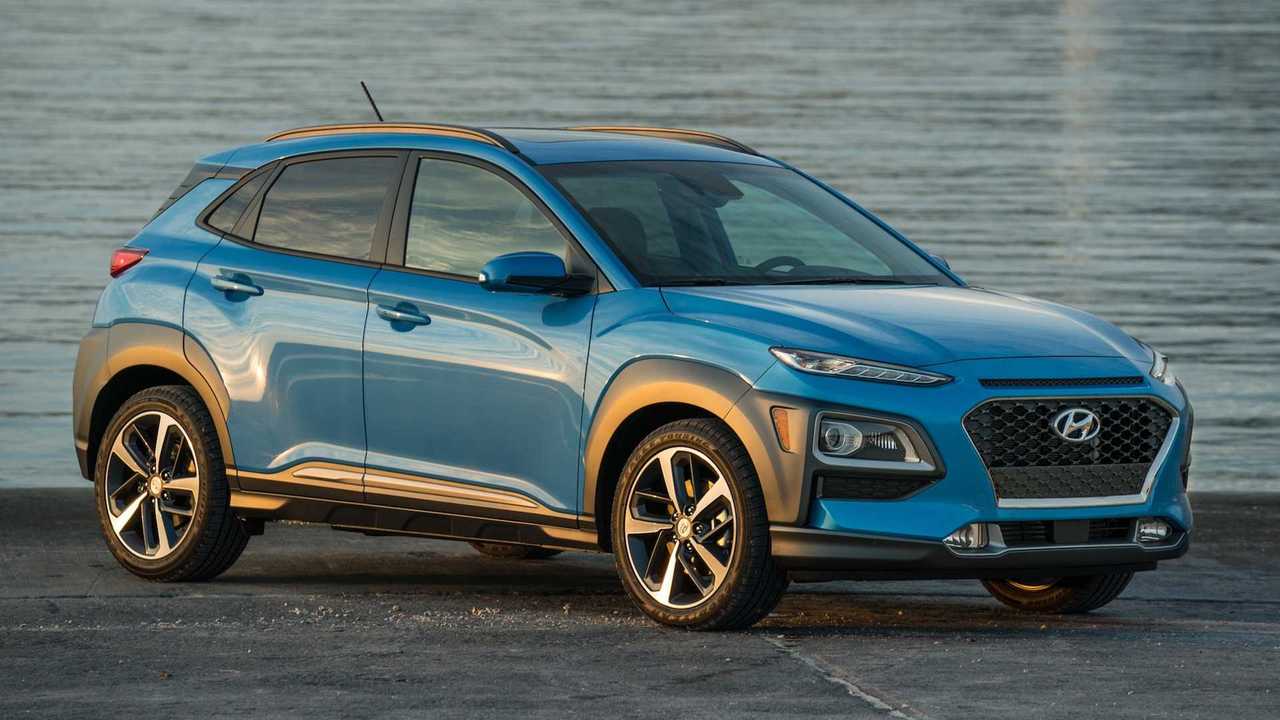 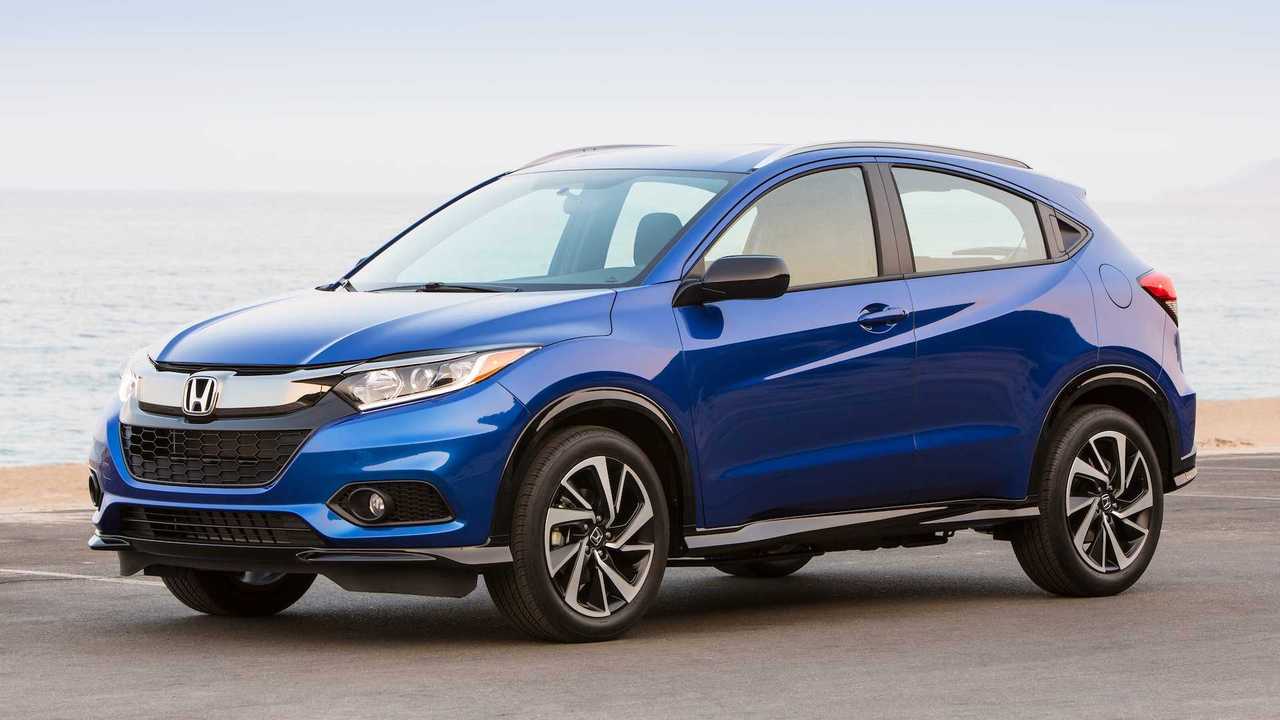 The Honda HR-V is a taller and more utilitarian alternative to the subcompact Fit hatchback upon which it’s based. Its second-row "magic seat" that can split-fold flat or tumble forward for added cargo room. A peppy 1.8-liter four-cylinder engine channels its power to the pavement via a continuously variable transmission. The HR-V gets 27 mpg city and 31 highway with all-wheel drive. 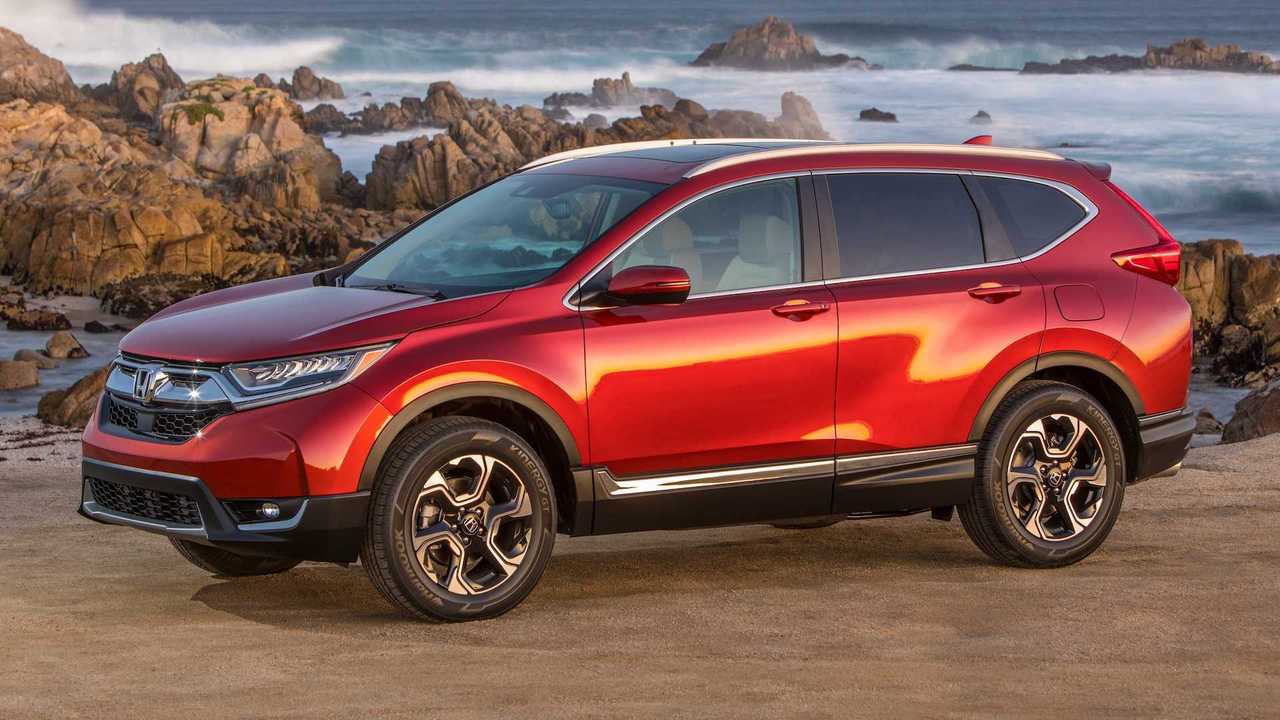 The Honda CR-V is one of the industry’s biggest sellers. Though it’s bigger and roomier inside than its smaller companion, the HR-V gets identical fuel economy when fitted with its turbocharged 1.5-liter four-cylinder engine. The base version comes with a similarly powered 2.4-liter non-turbo four that suffers only slightly at 26 mpg city and 32 highway. With all-wheel drive, the turbo is rated at 27 city and 33 highway, with the base engine at 25 city and 31 highway. 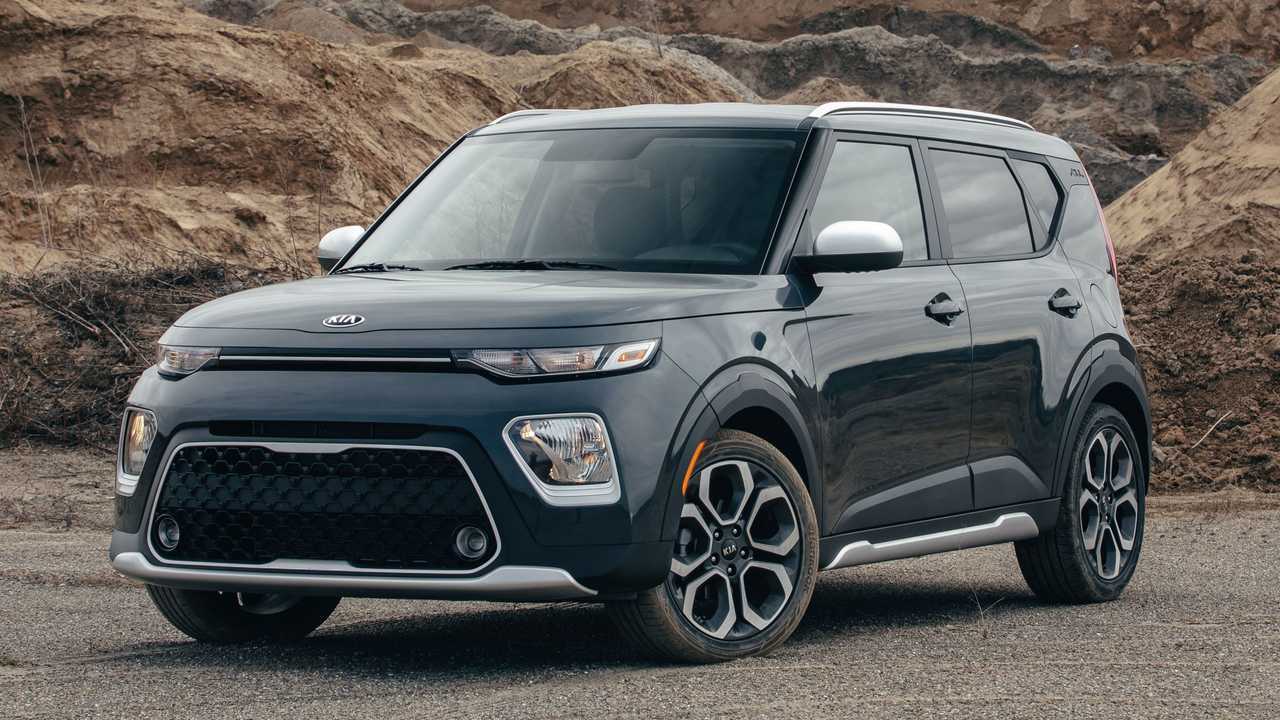 The Kia Soul is all-new for 2020. And with the naturally aspirated 2.0-liter engine, in the Eco Dynamics trim, the boxy crossover returns 29 miles per gallon city and 35 highway, making it the third most efficient option on this list. The Soul is one of the few subcompact crossovers without all-wheel drive, and uses a continuously variable transmission. 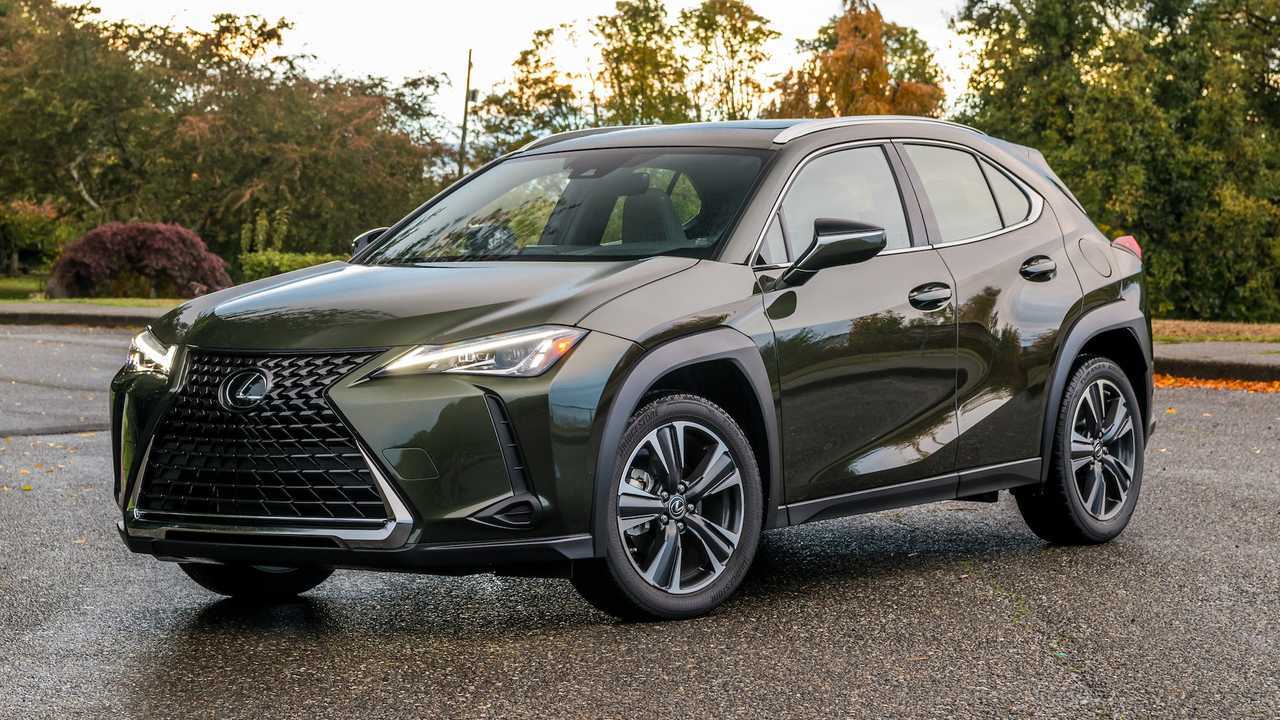 New for 2019, the Lexus UX 200 is the brand’s smallest SUV, aimed at up-and-coming city dwellers. It’s expressively styled inside and out and is available in a modestly more agile F-Sport version. It packs a peppy and efficient 2.0-liter four-cylinder engine and a continuously variable transmission that emulates 10 automatic gears. While all-wheel drive is included with hybrid-powered versions, it’s not available on the gas-powered UX 200. 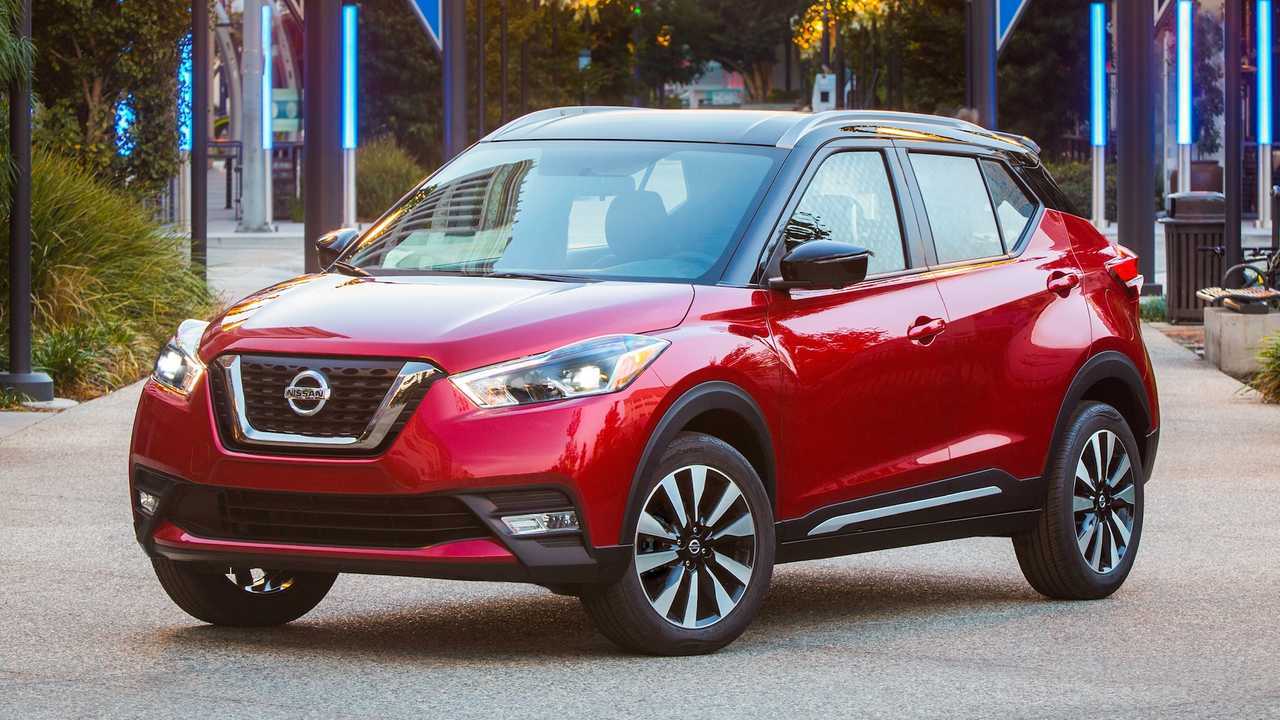 The Nissan Kicks is another subcompact hipster SUV that displays elements of flash and flair, yet delivers the goods with a standard forward auto-braking system for added safety. It’s not the quickest car on the list, packing a 1.6-liter four-cylinder engine and a continuously variable transmission, but it affords top fuel economy. The Kicks is only offered with front-wheel-drive. 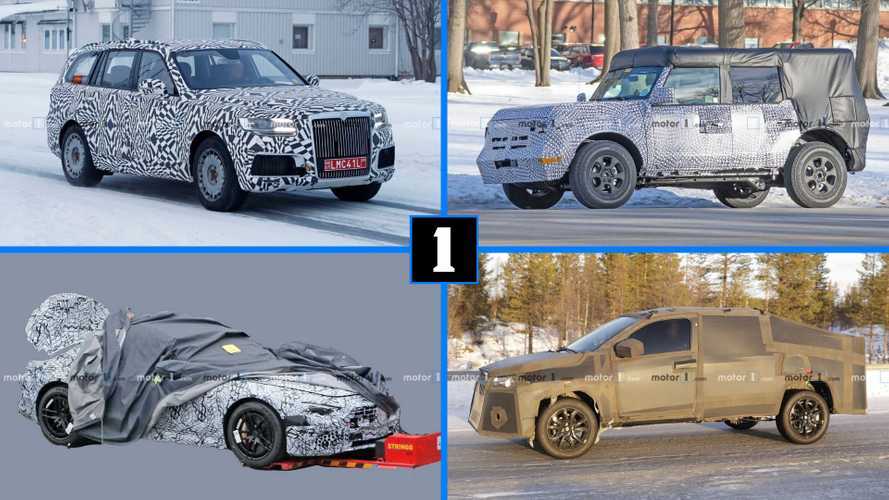 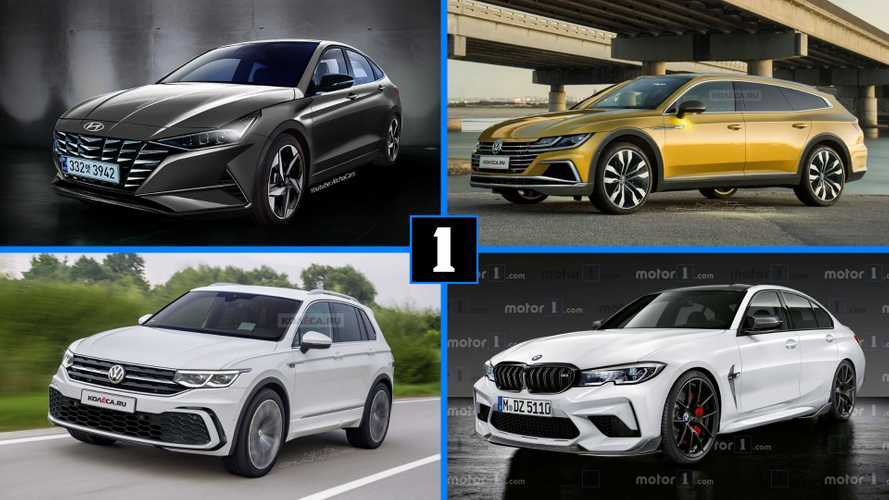 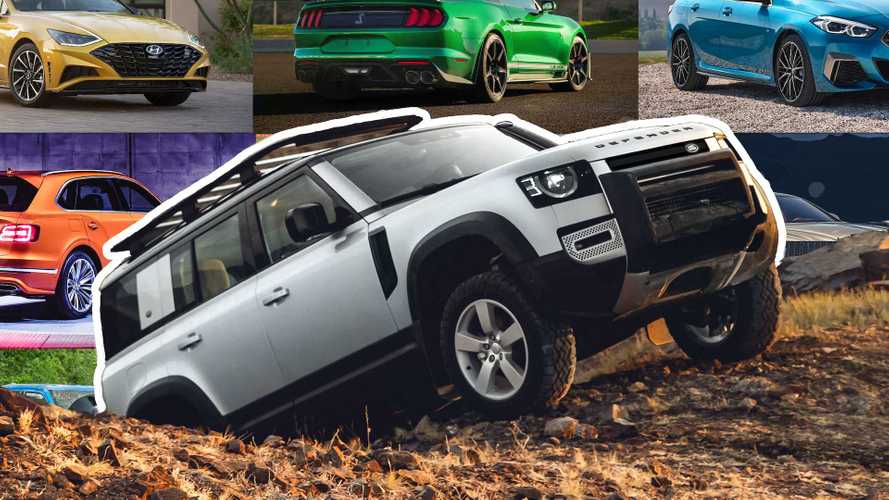 Here are 10 non-hybrid SUVs that leave their owners with more cash at the gas station.

With the price of gasoline creeping back up again, fuel economy will likely be a critical criterion among new-vehicle shoppers. In years past, this might have triggered a boost in small-car sales – but those days are over. SUVs, especially car-based crossovers, are solidly the vehicles of choice among a still-growing number of U.S. motorists. Passenger cars now account for only 30 percent of all vehicles sold, which is down from a 50 percent market share as recently as 2013.

The most-efficient SUVs, of course, are electrified models – either hybrids, plug-in hybrids, or full EVs. The Hyundai Kona Electric leads all comers in this regard, rated at the equivalent of 132 miles per gallon city and 108 miles per gallon highway. Among hybrid-powered SUVs, the new-for-2019 Lexus UX 250h registers an impressive 43 mpg city, 41 highway, and 42 combined.

Unfortunately, most EVs and hybrids still cost more than conventionally powered models. The aforementioned Kona Electric is $15,150 higher than its gas-powered equivalent (it’s a still-steep $7,650 premium after deducting the $7,500 federal tax credit granted to new-EV buyers). In the case of the Lexus UX, the margin is a more reasonable $2,000. However, with an estimated annual fuel savings of just $200 a year versus the already frugal conventionally-powered version (at 29/37), you’ll have to own the UX 250h for nearly seven years to recover the added up-front cost.

So which are the most fuel-efficient SUVs for 2019 that run solely on regular gasoline? As one might imagine, they’re among the smallest car-based crossovers on the road. You won’t find a big Chevrolet Tahoe or Ford Expedition anywhere on this list. However, the Environmental Protection Agency says the cheapest-to-run models of the bunch will save an owner an estimated $1,500 in fuel costs over five years (at 15,000 miles driven annually) compared to the average new vehicle. We’re featuring the 10 top gas-sippers in the above slideshow. Fuel economy is expressed in terms of city/highway miles per gallon, as rated by the EPA.