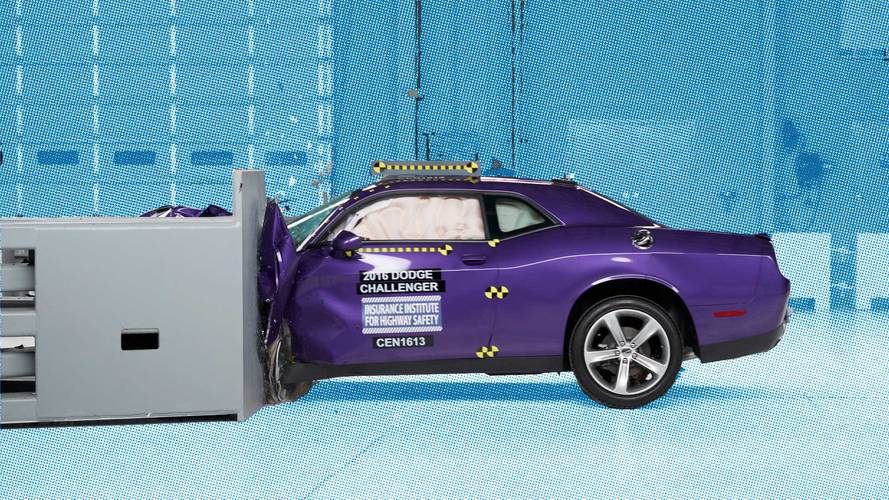 Here's how the NHTSA and IIHS conduct crash tests on new cars and trucks.

Though today’s cars are engineered to be safer than ever, motor vehicle collisions continue to be a major cause of unintentional injuries and fatalities for Americans of all ages.

Not surprisingly, safety remains a top consideration among new-car and truck buyers, with automakers’ ads boastfully quoting favorable crash-test results and safety citations issued annually by the federal government’s National Highway Traffic Safety Administration (NHTSA) and the insurance-industry supported Insurance Institute for Highway Safety (IIHS). The results for present and past vehicles are posted on both the NHTSA’s and IIHS’ websites.

In fact, new vehicles had been performing so well in crash tests conducted by both organizations that they’ve have revamped their testing procedures in recent years to make it more difficult for a given model to receive a top score. For example, because so many models aced the IIHS’ crash tests, the Institute has upped the ante this year for vehicles to earn its “Top Safety Pick+” designation with top scores for forward crash avoidance and headlamp performance.

Here’s how crash tests and other safety evaluations are conducted by both the NHTSA and IIHS and what they mean in terms of helping shoppers choose a safer car or truck:

NHTSA tests a number of vehicles each year at contracted locations across the country and rates them for frontal- and side-impact safety, and rollover resistance using a five-star system, with more stars indicating better protection. NHTSA’s frontal crash tests are conducted at 35 miles per hour, which is which is equivalent to a head-on collision between two similar vehicles each moving at 35 mph. During the test, instrumented dummies wearing standard three-point safety belts measure the force to the chest, head, neck, and legs.

NHTSA also conducts side-impact crash tests that replicates an intersection-type collision by ramming a barrier that replicates the front of an automobile at 38.5 mph into a standing vehicle. instruments measure the force of impact to the head, chest, abdomen, and pelvis of an average-size adult male test dummy in the driver’s seat and a small-size adult female in the rear seat behind the driver. A side pole crash test is designed to replicate sliding off the road and into a telephone pole on the driver’s side. It measures injuries to the head, chest, lower spine, abdomen, and pelvis of a small-size adult female test dummy in the driver’s seat.

NHTSA further conducts rollover testing to help predict which models might have a greater likelihood to overturn in single-vehicle accidents, such as when a car or truck runs off the road. Trucks and SUVs are inherently more likely to rollover than sedans and coupes, given their higher centers of gravity, which explains why none receive higher than a four-star rating is this regard.

The IIHS, meanwhile, conducts its crash tests at its own facility in Ruckersville, Va. Its ratings are expressed as demonstrating either “Good,” “Acceptable,” “Marginal” or “Poor” performance.

The IIHS performs multiple frontal tests to measure crash forces. In the moderate overlap crash test, a vehicle crashes into a deformable barrier at 40 mph that’s offset to hit 40% of a vehicle’s total width on the driver’s side. This reproduces a frontal offset collision between two vehicles of the same weight.

In addition, the IIHS conducts separate small overlap frontal crash tests on both the driver’s and passenger’s sides. Here, cars are smashed at 40 mph with only 25 percent of a car's front end on either side of the vehicle striking a five-foot tall rigid barrier. These tests measure what happens when the front corner of a car strikes another vehicle or an object like a tree or utility pole in more of glancing blow. Crash forces in these types of collisions tend to go directly into the front wheel, suspension system and firewall, which the IIHS contends results in serious (though not necessarily life-threatening) leg and foot injuries

The IIHS’ side-impact test differs from NHTSA’s with regard to the speed at which its conducted and the type of barrier and crash dummy used. Here, a moving deformable barrier approximates the front end of a pickup truck or SUV striking a vehicle at 31 mph., which is said to be statistically more severe than most actual side crashes. Instrumented test dummies are positioned in the driver’s seat and the rear seat behind the driver, with each representing a small female or a 12-year-old adolescent.

Factors compiled to assess each vehicle’s performance include the extent to which the test dummies sustain significant injuries, particularly to the head and neck area, and the degree of vehicular damage incurred.

In more of a nod to insurers than consumers, the IIHS rates vehicles according to how well their seats and head rests prevent whiplash in a rear-end collision at 20 mph, and how well (or poorly) a car or truck’s bumper resists damage in low-speed rear-end impacts.

More recently, the IIHS began rating the effectiveness (where available) of new vehicles’ accident avoidance capability by testing forward collision mitigation systems that will engage the brakes at full force to help avoid, or at least minimize the effects of a crash if the driver isn’t reacting quickly enough. Vehicles that earn the IIHS’ top “Superior” rating can successfully avert a collision or substantially reduce a vehicle’s speed in tests conducted at 12 and 25 mph; to earn an “Advanced” rating, a vehicle must include an auto-braking function and be able to avoid a crash or reduce speeds by at least 5 mph in either of the two tests.

This year, the Institute began rating new vehicles according to their headlamp performance. According to the IIHS, about half of all U.S. traffic fatalities occur in the dark, with more than a quarter of them happening on unlit roads. Both low beams and high beams are measures on straight, and both gradual and sharply curved approaches from either direction.

The IIHS awards a vehicle its “Top Safety Pick” designation if it earns “Good” ratings in the driver-side small overlap front, moderate overlap front, side, roof strength and head restraint tests, an “Advanced” or “Superior” score for front crash protection and an “Acceptable” rating for headlamp performance. More desirable is the IIHS’ “Top Safety Pick+” designation, which for 2018 is given to a far smaller group of vehicles that meet the above criteria and achieve a “Good” rating for headlamp performance.

While we always suggest new-vehicle shoppers consult both the NHTSA and IIHS websites to check safety ratings before buying a new or used car or truck, they must be taken with that proverbial grain of salt.

For starters, given the costs involved, not all current models are tested. Generally, they’re limited only to those vehicles having the highest sales volumes, which typically leaves out at least 20 percent of automakers’ fleets, including most sports cars and the costliest lower-volume luxury vehicles. Cars and trucks are tested on an ongoing basis, which means that newly introduced model you’re eyeing in January might not be evaluated until June. Carryover vehicles are typically only retested when they undergo major updates or have significant new safety features added. This means the ratings you see today for a given model may actually be a couple of years old.

Also, be aware that frontal crash test results are only applicable among vehicles within a specific size and weight class (plus or minus about 250 pounds). The laws of physics dictate that, all else being equal, occupants of larger and heavier vehicles will typically fare better than those riding in smaller and lighter ones. On the other hand, side-impact ratings can be compared among all models regardless of their size and weight, because all vehicles are hit with the same force by the same moving barrier.

Further, crash-test results may not be consistent with insurance company data. That’s because insurance-company ratings are determined largely from “real world” statistical histories of fatalities and injuries, and take into consideration a wider range of factors, such as driver behavior (for example, minivan motorists historically tend to be safer than sports car drivers).

With regard to the IIHS’ evaluations, note that while a given vehicle might earn a Top Safety Pick or TSP+ award, it may not be applicable to all versions within the model line. While forward auto-braking is standard on a handful of models, most notably those from Toyota, it’s still typically optional, and at that may only be available in equipment packages that are limited to the costliest trim levels in a given model line. The same holds true for the IIHS’ top-performing headlamps. Obtaining both features can add as much as $11,000 to the base price of a TSP+ designated model.

More information is always better, so if you’re shopping for a vehicle, whether it’s new or used, be sure to consult both the NHTSA and IIHS crash test results to see which models you’re considering receive the best scores, overall.

Beyond that, experts agree you should choose the largest car or truck in your price range that comes with the greatest number of safety features, especially the aforementioned frontal auto-braking system.

And be sure that the vehicle you choose is properly maintained, that all passengers are buckled in, and that children are properly restrained in rear child seats that are correct for their age and weight. Always drive responsibly, without unnecessary distractions – and stay sober – to help ensure that every driving adventure you take has a happy ending.