Super Cruise gives you the green light to take your hands off of the wheel.

There’s been a lot of buzz around self-driving vehicles lately. Cadillac has its own semi-autonomous technology called Super Cruise. It’s basically a “super” version of adaptive cruise control, but one that lets you take your hands off of the steering wheel for long stretches. Cadillac flew us out to take part in a road trip from Memphis, Tennessee to Sante Fe, New Mexico, and the Super Cruise-equipped CT6 Platinum did most of the driving.

Luxury carmakers like BMW, Mercedes-Benz, and Tesla have similar semi-autonomous features, but Cadillac claims Super Cruise is the first “hands free” driving system for the highway. Unlike those other automakers, Cadillac’s Super Cruise doesn’t require you to keep your hands on the wheel. It qualifies as Level 2 autonomy by the Society of Automotive Engineers. But what does that mean?

Level zero autonomy is simply a car without any automated features whatsoever. Level one is basically adaptive cruise control and/or lane keep assist – commonplace tech in modern luxury cars. Level two is essentially the last stage before we can start thinking of these cars as truly “self driving.” While the car can do basically everything (in the right conditions) it still requires driver input for certain maneuvers and the driver must be ready to take over at any time.

So that’s where we’re at with Super Cruise, but how does it work?

Cadillac engineers mapped over 210,000 miles worth of highways in the U.S. and Canada to allow Super Cruise to perform what Cadillac calls a “Blue Line” calculation. More specifically, the Blue Line helps determine the forward path and center of the lane you’re driving in. In addition to the mapping data, Blue Line uses sensor inputs from strategically placed cameras, radars, and precision GPS to determine the optimal path for cruising down the highway.

When you’re on one of Cadillac’s mapped highways, all you have to do is center the vehicle in the lane, wait for a gray steering wheel icon to appear in the gauge cluster, hit the Super Cruise button on the steering wheel, wait for the light bar at the top of the steering wheel to turn green, and you’re free to let go. The system only works on controlled-access highways where there are clear lane markings, defined on/off ramps, and a physical barrier between both sides of the highway. It won’t work in construction zones or heavy rain or snow conditions.

A Driving Attention System utilizes an infrared camera on the steering column to constantly watch the driver’s face and eye movements to make sure they aren’t looking away from the road too long. Depending on how fast you’re going, you will have 4-20 seconds to look away from the road. This means you have time to eat your lunch, catch up on some work, or do some things seen in this video we put together.

If the driver daydreams for too long, the vehicle will vibrate the seat, flash red on the steering wheel light bar, and beep at you to take back control of the vehicle. If you ignore those warnings, the CT6 will throw on the hazards, come to a complete stop in the current lane, and make an emergency OnStar call.

Letting the CT6 drive itself was a little unnerving at first. The more I used it, the more I began to trust Super Cruise and reap the benefits of having the car drive itself. So much so, it almost became annoying when the system asked me, the driver, to take back control. Super Cruise is available on 2018 CT6 Platinum models or as a $5,000 option on the Premium Luxury trim level. Check out my full take on Super Cruise in the video above. 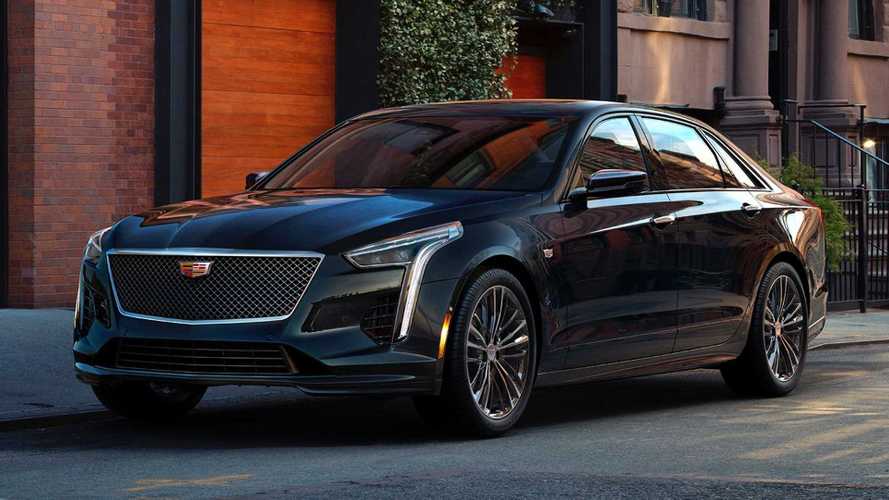