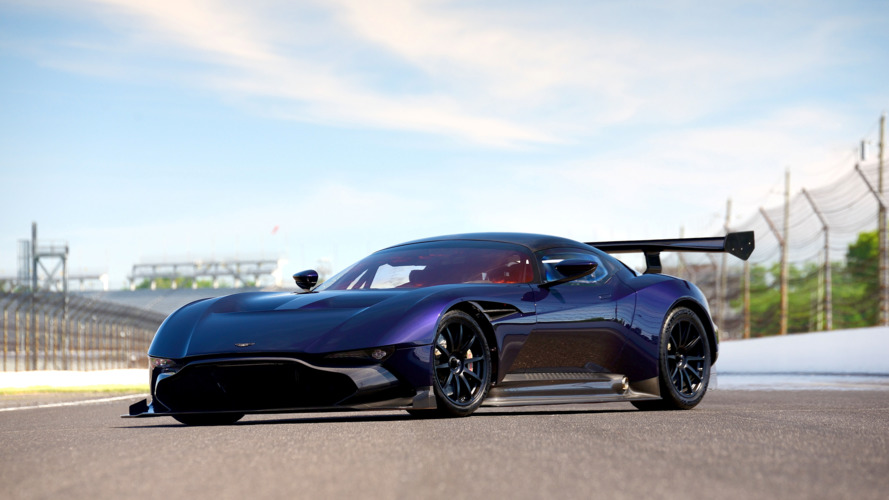 Most of these cars sold, but we can't imagine the sellers were too thrilled about it.

It’s a tremendous understatement to say there was a bit of money changing hands last week on the Monterey Peninsula. RM Sotheby’s sold a 1956 Aston Martin DBR1 for $22.5 million, and that was just one car. It was officially the most expensive British car ever sold at auction, but it was also one of many machines that eclipsed the $1 million mark.

Most major automotive auction houses held events during the week leading up to the Pebble Beach Concours d' Elegance, and we give credit to the many experts at each company tasked with determining value estimates. Going through the pages of sold cars you'll find most of those estimates were spot-on, but that’s not to say such work is an exact science. Sometimes a bidding war pushes the final sale price into the stratosphere, and yes, sometimes the car on the block falls short of expectations.

We hesitate to call this list of cars losers, because most did ultimately sell – if for quite a bit less than the estimated figures. Regardless, among all the pomp and circumstance of Monterey Week, these are some of the notable auction underachievers.

This car had all the ingredients for success, and was projected to sell for $700,000 to $900,000. It did sell through RM Sotheby's for $610,000, which isn’t that far from the minimum estimate. But it’s still a surprisingly low figure for a classic Ferrari of this era.

Here’s another surprising Ferrari that had the ingredients to top $1 million but failed to launch. Mecum Auctions estimated this silver Daytona would fetch between $1.25 and $1.65 million, but bidding stopped short at $950,000 which didn’t meet the minimum reserve. Considering this car has an extensive racing history that includes Le Mans, we don’t blame the seller for holding onto it.

There’s no denying the amazing performance of the Aston Martin Vulcan, but with its track-only design and expensive price tag it falls into a difficult segment to define. This very same car was offered up for auction at Monterey back in 2016 and failed to sell then. The same thing happened this year, with the high bid of $1.8 million falling well under Mecum’s minimum estimate of $2.3 million.

Here’s yet another exquisite Ferrari with racing history at Le Mans that didn’t quite live up to expectations. Perhaps it was because this car also was involved in a crash at Pebble Beach in 1956 that took the life of driver Ernie McAfee. It did sell through RM Sotheby’s, however the winning bid of $5.72 million was quite a bit lower than the minimum estimate of $6.5 million.

The C3 Corvette world can be tricky to pin down, as Mecum discovered when it estimated this rare factory monster to sell for at least $650,000. That’s a lot of coin for a Corvette, but being just 1 of 20 convertibles built with the massive L88 427 cubic inch V8, it’s about as desirable as they come. Perhaps Pebble Beach isn’t the place for Corvette buyers, however, because bidding topped out at $300,000 – less than half the projected minimum dollar figure.

For some, this car is proof that not all vintage Ferraris are beautiful. Often referred to by its much shorter nickname The Egg, this one-of-one Ferrari is truly something special even without its 1.56-liter engine and racing history. That still wasn’t enough to get this curious car even remotely close to RM Sotheby’s estimate of $7 million, with the high bid reaching only $4.5 million. it was, however, enough money for the seller to part with the car, so Mecum hammered this Ferrari home as sold.