So you think pulling a boat to the lake is an impressive demonstrate of your vehicle’s towing capabilities? The Porsche Cayenne put all other towing exercises to shame when it recently pulled a massive Airbus A380 – that’s 285 tons. Porsche, though, is far from the first automaker to brag about its vehicles’ potential with impressive towing stunts. Here are some other memorable examples.

The mass of this 747 pales in comparison to the plane the Cayenne moved, but it’s still a huge feat. Tom Ford of British TV show Fifth Gear got behind the wheel as the Touareg V10 TDI pulled a 150-ton Boeing 747 for a short distance. Volkswagen’s own driver, Uew Krieghoff, had already managed the feat earlier.

Not one to miss out on the fun, Nissan also towed an airplane – specifically, a Russian cargo plane. The Patrol (sold in the U.S. as the Infiniti QX56 and now the Nissan Armada) managed to tow the enormous plane 50 meters (164 feet).

Recreating a stunt performed by the Land Rover Discovery I back in 1989, the new Discovery Sport showed off its might by hauling a train for about 6 miles through Switzerland. Aside from special rail wheels necessary for the Disco Sport to work on the tracks, Land Rover says the SUV didn’t have any modifications. 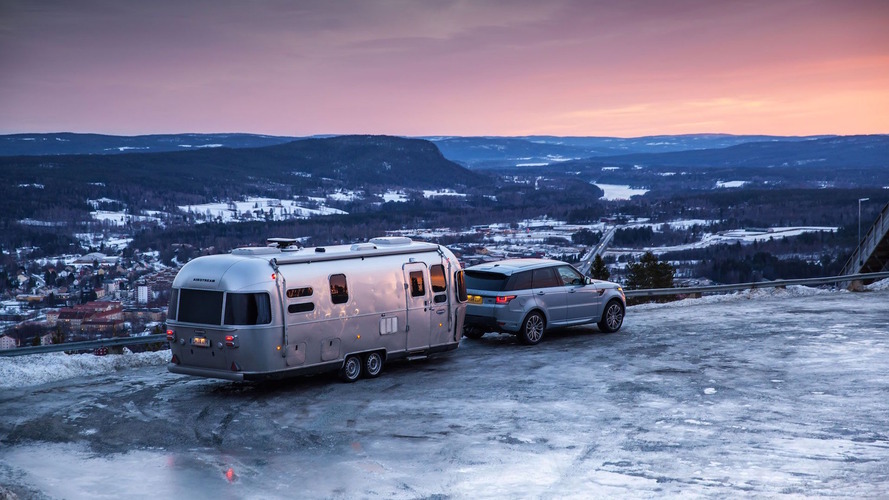 OK, so the mass of this towing stunt isn’t quite as impressive as the others, but the distance and conditions involved certainly are. A 2013 Range Rover pulled a 5,289-pound (2,399 kilograms) Airstream caravan from the U.K. to Morocco and back in the course of just 11 days. Land Rover said the team drove for at least 12 hours per day every day, and covered terrain ranging from empty freeways to unpaved off-road tracks.

What’s more American than two truck makers battling over the red, white, and blue? First, Chevrolet claimed the Guinness World Record for the biggest flag towed by a vehicle. A Silverado HD hauled a 40-by-80-foot American flag for four laps around Texas Motor Speedway, putting the truck into the record books. But crosstown rival Ford didn’t want Chevy to have all the fun: A few months later, an F-450 Super Duty broke that record by pulling a 45-by-92-foot flag at Homestead-Miami Speedway. Hey, Ram? It’s your turn next.

The team at Diesel Power decided that being able to tow at 70 mph just wasn’t enough, and set about breaking the Guinness World Record for the “Fastest Caravan Tow.” The 2006 GMC Sierra 2500 needed serious modifications to bring total power from its turbodiesel engine up to as much as 1,300 hp with nitrous. And that allowed Diesel Power Jason Sands to hit an impressive 141.99 mph. 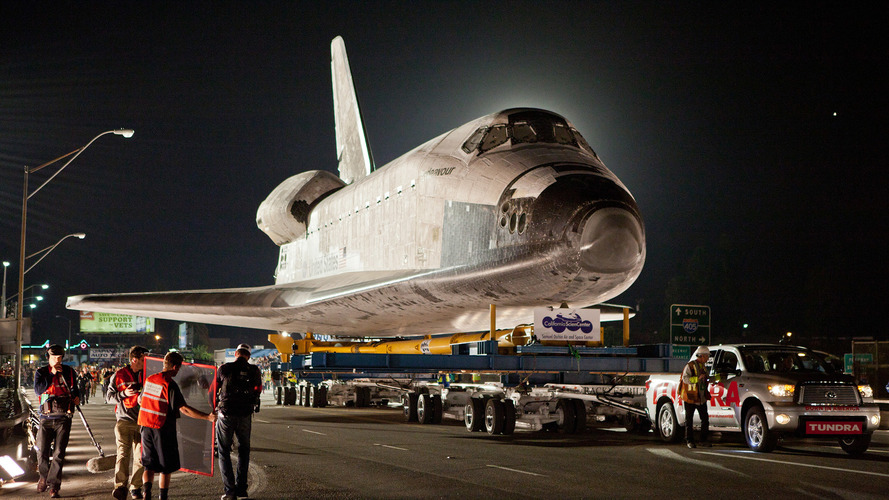 When the Space Shuttle Endeavor needed to be moved to its final resting place at the California Science Center, Toyota answered the call. A 2012 Tundra CrewMax 4x4 was enlisted to haul the Space Shuttle on a special dolly. The trip was 12 miles in length – from Los Angeles International Airport to the Science Center – on public roads, and the shuttle and its trailer weighed nearly 300,000 pounds (150 tons). The Tundra that was used for the towing stunt now is also on display at the California Science Center.