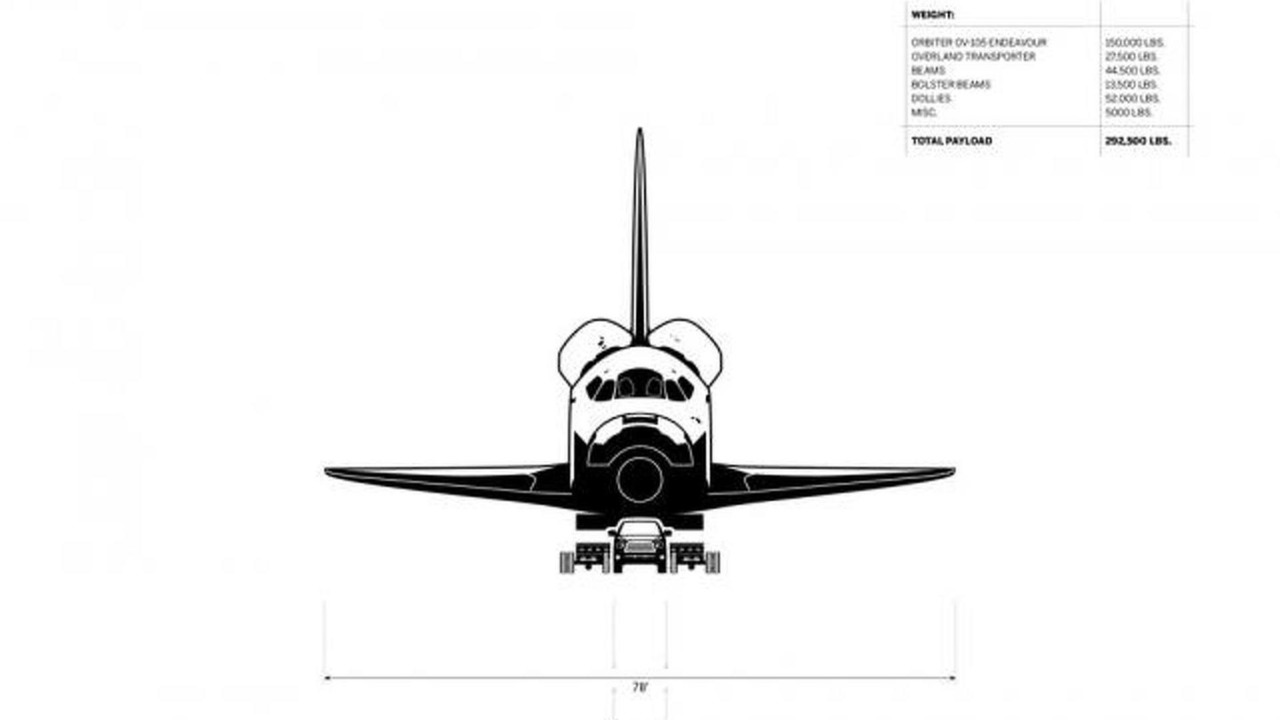 About a month ago Toyota said that the Endeavour will be towed to the California Science Center by a stock Tundra across the Manchester Boulevard Bridge. This happened on October 13th and the car in question was a standard 2012 Tundra CrewMax 4x4 powered by the firm’s iForce V8 5.7-liter engine with 381 hp (284 kW).

Behind the wheel of the vehicle was professional driver Matt McBride and Garrett Reisman who was one of the astronauts aboard the space shuttle during the trip in 2008 to the International Space Station.

In order to complete the journey across the bridge which took five minutes, Toyota collaborated with a heavy lifting and engineering transport firm by the name of Sarens Group to build a dolly for moving the space shuttle over the bridge.