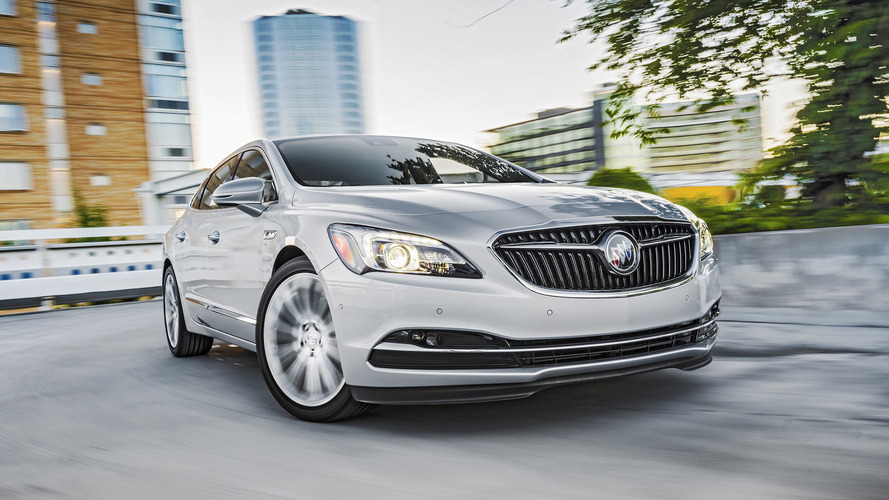 The conspiracy theories have been foiled... kind of.

If ever there were a thorn in Detroit’s side, it’s Consumer Reports. Really, it’s not so much a thorn, but rather a grove of trees.

For decades, Consumer Reports has been the starting point for millions of car shoppers (as well as washing machine buyers, phone customers, and computer purchasers). Its recommendation lists serve as the CliffsNotes of sagely consumerism.

Around the country, people would have this conversation, almost exactly:

“I just bought this Beebop Soandso,” one neighbor tells another, smiling ear to ear.

“Really? What do you think of it?” the other neighbor asks.

They then both nod in knowing agreement that this purchase was wise.

Buick made the top three because its entire lineup, limited or not, is pretty good.

If it’s not on that list, then millions of people will not even consider it. That’s a lot of power for a publication. People put faith in its guidance. And to get on the list, the car must score well on Consumer Reports’ annual reliability survey. That’s where the problems for Detroit have often started.

Too often, General Motors, Ford, and Chrysler couldn’t crack the list due to their well-earned reputation for less-than-reliable vehicles. But Detroit saw this as a conspiracy against it. I’ve spent more than a few late nights listening to executives grumbling how unfairly they’ve been scored in the ever-so-important annual reliability survey. And in some instances, I agreed, at least with the sentiment.

Work in Detroit for a decade and it becomes your city. The relentless attacks from the outside world feel personal. I was dumbfounded when a car wasn’t recommended due to some outlier reason. People just want a fair shake. Consumer Reports, despite its harsh news, was giving Detroit that fair play, Detroit just wasn’t listening because it was too busy complaining.

The most common complaint of breakdowns went like this: The reliability study is only from Consumer Reports readers. Those readers are Baby Boomers who hate Detroit more than the Vietnam War. They also love foreign brands and probably Jane Fonda. Thus, the survey merely represents self-loathing Americans whose narcissism would never allow them to admit they made a bad purchase when they bought a Toyota Corolla and so the survey becomes a self-fulfilled reflection of that purchase. The system was rigged, even before that became a campaign slogan.

This argument overlooks the simple fact that for every Chevy Cobalt, Ford Escort, and Dodge Caliber rusting away in a junkyard, there are two Corollas still making daily commutes for its fifth or sixth owner. I’ve known people who change the oil on their Honda Civic every 25,000 miles and never have a problem. Bulletproof does not even begin to convey their reliability.

The way the Consumer Reports processes this information, the results are painstakingly legit. And that, it turns out this year, is good news for the Motor City.

But I’ll give Detroit credit, and admit that there’s potentially some credence. The psychographics of a car buyer are real. There is a sliver of truth in every stereotype. If there wasn’t, Lexus drivers would not have the highway skills of ogres, Buick owners wouldn’t constantly have their left blinker on, and BMW 3 Series owners wouldn’t be featured in movies as the rich fraternity president of Kappa Kappa Douche.

But understanding data, surveys, and the way the Consumer Reports processes this information, the results are painstakingly legit. And that, it turns out this year, is good news for the Motor City.

For the first time, ever, a domestic brand has made it to the podium of most reliable brands. Sure, it’s a bronze, as Lexus collected the gold and Toyota grabbed the silver (both kept their positions from last year) but it’s still good news for Detroit.

“Buick’s achievement is commendable, and sure to be a wake-up call to other manufacturers,” said Jake Fisher, Consumer Reports’ director of automotive testing.

Of course, every compliment of Detroit is delivered with the back of a hand. “Congrats, but.”

Buick, you see, made the list because of its “limited lineup” and does not have any big trucks, which took a shellacking in the survey, and “negatively impacted Cadillac and Chevrolet,” Fisher said.

The Regal is fantastic. The Encore is fun. The Enclave, well, I can’t explain that one, but people love it.

I say take what you can get. Cracking the top three is big, really big. The next highest domestic brand was Chevrolet at 15, one slot behind Mini, and not even in the top half. Ouch. American reliability ain’t what it used to be, or maybe it was. The bottom tier of brands, marked simply as “least reliable” include: No. 25, Tesla; No. 26, Dodge; No. 27, Chrysler; No. 28, Fiat; and No. 29, Ram. The good news there is that Fiat-Chrysler has nowhere to go but up.

The highest jumper this year was Infiniti, which flew up 16 spots to No. 8, while Volvo experienced the longest freefall, dropping seven spots and ending up at No. 19, the beginning of the least-reliable list.

Perhaps the biggest news coming out of the Automotive Press Association conference at the Detroit Athletic Club, a place that only lets me in during APA events, was that the new Honda Civic was removed from Consumer Reports’ recommended list. Fisher said the all-new model has significant problems and didn’t make the cut. I suspect the Civic will be back soon.

Buick made the top three because its entire lineup, limited or not, is pretty good. The Regal is fantastic. The Encore is fun. The Enclave, well, I can’t explain that one, but people love it. This is truly a global set of vehicles, taken from around the world and provided to America at a reasonable price.

Now your neighbor can justify that Buick in the driveway. It’s one of Consumer Reports’ most reliable brands. It’s okay if you just nod your head approvingly.