Burgess: A letter to Mr. Trump about Detroit and the car business 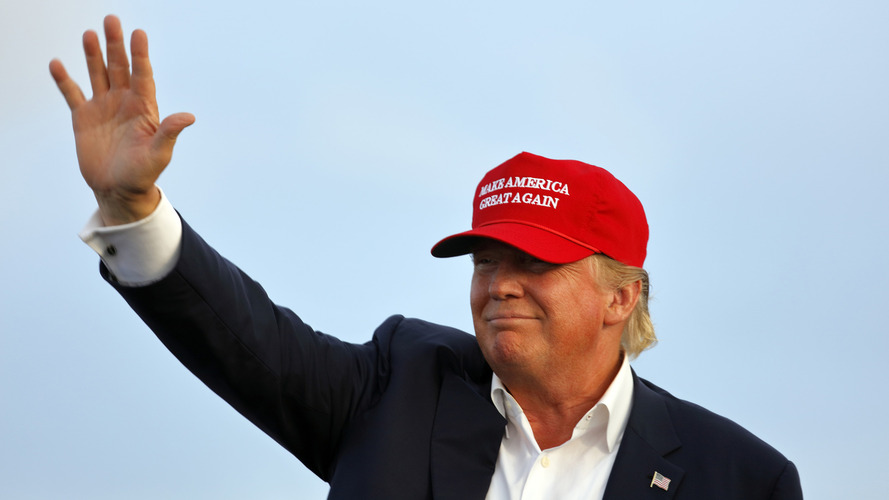 How Ford will help make America great again by building small cars across the wall in Mexico.

I realize that running for president is a difficult job. It sounds exhausting. Non-stop travel, countless drive-thru meals, and lack of sleep make the campaign sound like an endless road trip. I’ve done that myself a few times, so I understand how testy a person can get after 18 hours behind the wheel.

Perhaps that’s why when you came to Flint, Michigan, last week and denigrated Ford Motor Co. after it announced it was moving its small car production to Mexico, I thought I should write so you had your facts straight before that big debate. You don’t want to rile up potential voters with incorrect information.

While the automotive business is not nearly as complex as running a hotel, casino, or television show, it is still pretty hard. Thousands of parts, made all over the world, shipped to the same place at the same time and then assembled into a functional machine is mind boggling. If you were to spend even a few minutes watching all of this, you’d be amazed that a single car is ever made between conference calls, auto shows, and contract negotiations.

There are a lot of smart people who work on every aspect of this. There are designers, engineers, researchers, line workers, truck drivers, boat pilots, sales staff, and a host of others. If you had driven south on I-75 (known as automation alley) to Metro Detroit, you could have found the greatest collection of automotive might in the world. Ford, General Motors, Fiat-Chrysler, Toyota, Hyundai, Volkswagen, and many suppliers all have facilities here. Detroit may not be the same town it was when your father gave you your first couple of million dollars, but it still knows a thing or two about cars.

Millions of people in America are directly involved in the auto business. Millions. It’s not a humblebrag to say the auto industry helps drive the U.S. economy. There’s a reason you supported the initial automotive bailout in 2009 back when you were a private, albeit loud, citizen. There was little choice. What was good for the nation was good for General Motors (and Chrysler). Had those bailouts not taken place, more than two companies would have fallen.

Ford needs to remain profitable to keep all of its factories in the U.S. open. This is probably why you have Trump suits made in India, Trump pens made in Mexico, and Trump china made in Slovenia.

Maybe you were sleep deprived when you said this about Ford’s move:

"They'll make their cars, they'll employ thousands and thousands of people not from this country and they'll sell the cars right through our border. No tax, no nothing, and we'll have nothing but more unemployment in Flint and in Michigan.”

First, Ford needs to sell small cars in order to comply with ever-increasing federal fuel economy requirements. Apparently some science called physics suggests that smaller cars are typically more efficient than larger ones. But the reason they are called small cars is because the profit margins are tiny. States typically make more money on a small car with their sales tax than a carmaker makes profit on the sale.

As a businessman, you know Ford also needs to remain profitable to keep all of its factories in the United States open. This is probably why you have Trump suits made in India, Trump pens made in Mexico, and Trump china made in Slovenia.

It’s also why, according to The Washington Post, you once wrote a blog post titled Outsourcing Creates Jobs in the Long Run for Trump University students 11 years ago:

“I know that doesn’t make it any easier for people whose jobs have been outsourced overseas, but if a company’s only means of survival is by farming jobs outside its walls, then sometimes it’s a necessary step. The other option might be to close its doors for good.”

Sagely advice. While I know Ford’s CEO Mark Fields went to Rutgers University and didn’t get a chance to attend Trump U, he too knows the importance of maintaining a profit. Profits, from what I understand, will help Ford develop new technology, improve vehicles, and pay for half time shows on television. Football in America is huge.

Frankly, no brand employs more people in America than Ford. That will still be the case when all of the small car production moves to Mexico. No one will lose a job because of this move. Ford said this many times but maybe your Trump router was down on the Trump jet and you didn’t have wifi when Fields said it.

Mr. Trump, instead of proposing a 35-percent tariff on cars being built in Mexico and sold in America, a clear violation of the North American Free Trade Act, you should be sending a thank-you note to Fields for making this decision.

By raising the price of any car by 35 percent, well, you’d only be making those cars uncompetitive and forcing people into cheaper, bigger vehicles. That hurts every American.

See, your “no tax, no nothing” statement is also a little inaccurate.

Cars sold in America pay all kinds of taxes. Well, actually, the people who buy them pay those taxes such as sales tax, fuel tax, registration, driver’s license, tolls, road taxes, and once they start driving, people have plenty of opportunity to help fund police departments around the country. The government gets its cut, if that’s what you’re looking for. By raising the price of any car by 35 percent, well, you’d only be making those cars uncompetitive and forcing people into cheaper, bigger vehicles. That hurts every American.

While it’s true, Mexicans will be paid to build those cars, a more pragmatic view would see the silver lining. That’s likely 2,800 fully employed people with families who will be less tempted to move to America. You won’t even need that wall, which will save Mexico a lot of money. I’m sure you’re aware, treating your neighbors with dignity and respect, making the entire world a better place, means more people will choose to stay put instead of risk life and limb to come to America to help make it great again.

Your very own business empire suggests that the world has already gone global. And I seriously doubt you only have Americans working in your hotels overseas. Ford, one of the very first modern global companies, understands this better than most. It sells more cars outside of our borders than it does inside. That’s good for Ford and good for America.

Of course, no one expects you to know the ins-and-outs of the automotive world. But this is not the first time you’ve misinterpreted a few facts. In 2012, you heard about Jeep opening a factory in China. You tweeted: “Obama is a terrible negotiator. He bails out Chrysler and now Chrysler wants to send all Jeep manufacturing to China – and will.”

They never did. Four years later, they’re still pumping out Jeeps in Toledo, Detroit, and Belvidere, Illinois. Which suggests Fiat-Chrysler’s top designer Ralph Gilles’ reply to your tweet then is just as accurate today. “@realDonaldTrump: You are full of shit!”