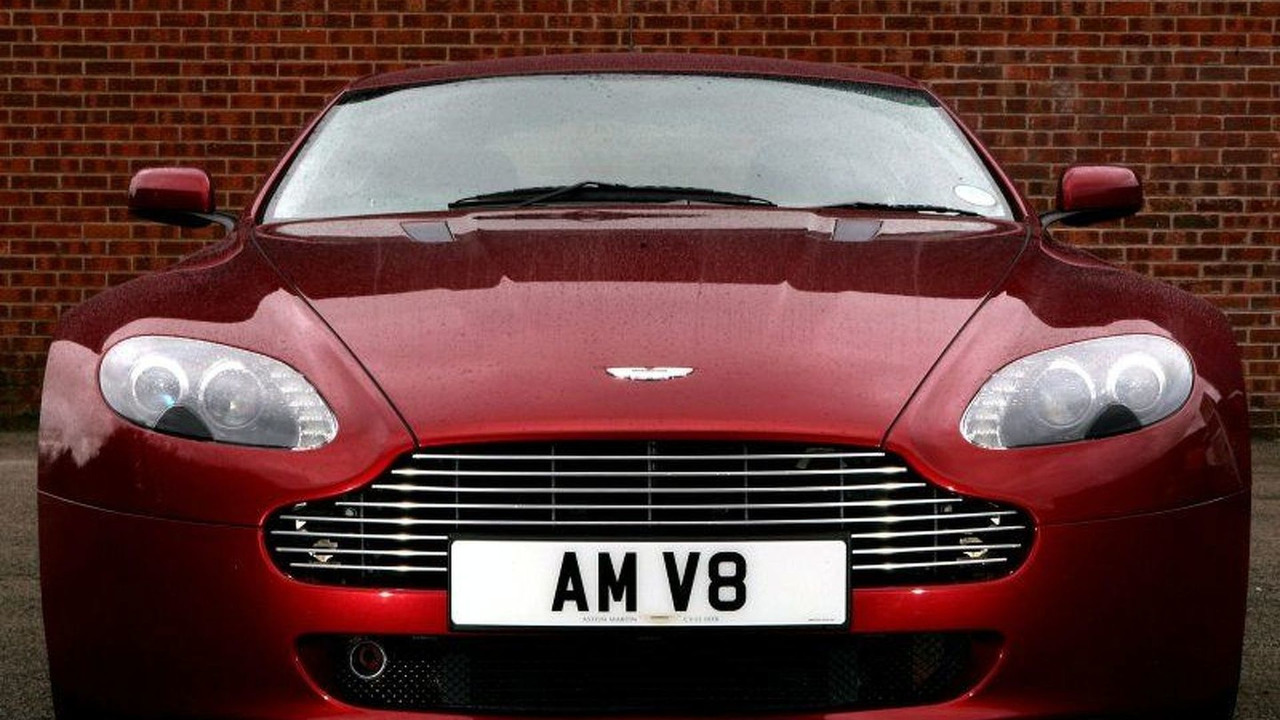 The V8 looks like the DB9 has shrunk in the wash, but while they look similar, the two cars couldn't be more different. This machine has a wholly different character and sounds as good as any in this world thanks to a Jaguar-sourced 4.3-litre V8.

When Aston Martin announced it would enter the mainstream sportscar market, the legendary marque promised the James Bond myth for Porsche 911 money. But it delivered so much more, the V8 Vantage is the best car ever to bear those famous wings.

Despite the relative affordability, this is the real driver’s car in the line-up, the Jewel in the Crown. It’s a new path altogether for the Ford-owned brand and one it hopes will force them through the 3000 cars a year mark. That would be mass production by their standards, and the baby Aston has more than enough customers to make the dream into concrete reality.

The V8 looks like the DB9 has shrunk in the wash, but while they look similar, the two cars couldn’t be more different. This machine has a wholly different character and sounds as good as any in this world thanks to a hefty level of development on the Jaguar-sourced 4.3-litre V8.

Here it’s good for 380bhp, enough to propel the Vantage to 100kph in 5 seconds flat and all the way up to 280kph. And the pulsating soundtrack that accompanies a firm stab on the throttle make the Vantage an addictive driving experience.

Of course the Aston is quiet and refined, relatively speaking, at low revs, but when the needle flies past 4000rpm valves open, the exhaust gets its full head and a rasping scream haunts the cockpit and draws the attention of everyone within a five-mile vicinity. The plucky young upstart consistently invited a quick downshift and burst on the throttle to drink in that seductive V8 growl.

Few tune exhaust notes quite as well as Aston Martin and the boys at Gaydon have done it again with this Smash Hit soundtrack. A great deal is piped in deliberately, in fact the entire car is an anachronism, much of the raw-edged driver appeal has been dialled in.

The manual six-speed gearbox is deliberately notchy and takes a heavyweight shove from the shoulder to drive home, while the brakes took serious force to shed serious speed. The steering wheel, light and playful at low speeds, weights up to race car stiffness at more interesting velocities to provide that all important feedback and the suspension will clear any doubts – this is a hairy-chested sportscar.

While the DB9, and all previous Aston Martins, glide over bumps, this little terrier skips and shuffles over even minor imperfections in the surface. And the weight of the 1570kg car is always apparent, it won’t dive into apexes quite as willingly as the Porsche 911 or the slightly used Ferrari available for the same money, but once hunkered into the bend the Vantage will take phenomenal speed through the corner with confidence.

And should the back end step out of line, when the traction control is off or the road is wet, there’s a Limited Slip Differential to help catch the slide before it becomes a crisis. It rarely would, as this machine has supreme natural balance and with the electronic aids turned off it can provide more controlled slides than Disneyworld. Nobody would drive a DB9 this way, but the taut, aggressive AMV8 is made for it.

The V8 can’t quite hold it together at speed and would lose out to the Porsche on a triple-figure dash round a rough mountain road, but that doesn’t happen very often. The Aston is rewarding at lower speeds, an involving drive that takes real effort but is full of character.

Aimed at a younger, more sporting crowd, this two-seater is a more focused sports car and heads into the shark-infested waters inhabited by the ubiquitous 911 and the BMW M6. That’s a tough market, but the British marque already has a waiting list bursting through the two-year mark and demand will outstrip supply for several years to come.

Many of those orders were placed before the Vantage even turned a wheel in public and it wins the emotional fight in advance with jaw-dropping looks, perfect proportions and elegant detailing. That squat, curvaceous, powerful rear end hints at things to come yet the AMV8 has a natural poise that marks it apart. From every angle the Aston is taut, aggressive and ready to tear down the road at an obscene rate of knots.

The interior is sparsely populated, but always luxurious and the seats are more comfortable than a Mediterranean beach and provide that invaluable support on a long trek.

Electronics are limited to a few sturdy buttons, a mighty stereo system and the Sat-Nav that folds flat to the dash, and a rather over the top welcome message on start-up that extols the Aston virtues of: “Power, Beauty, Soul”.

The rest is clutter free, bar stylish detailing like the traditional clock, even the hydraulic handbrake is tucked away by the driver’s door. Rear seats have no place here either, there’s just a small parcel shelf for belongings. Of course you can tart up your V8 up with cream leather and bamboo dashboard if you wish, but we couldn’t recommend venturing outside the classic woods or more purposeful aluminium.

And underneath the elegant lines and well-spoken exterior beats the heart of a thug. The AMV8 is reminiscent of an old school muscle car, the kind Ford has been making for decades, infused with the sporting credibility, heritage, prestige and opulence of an Aston Martin.

It’s an ingenious idea, a guaranteed success and one of the sexiest cars on the road. James Bond hasn’t seen anything yet.