Cadillac delicately replaces its best-selling model with one that does everything a little bit better.

Catching three flights, a bus, and a ferry to a remote island at the eastern edge of North America isn’t exactly standard procedure for evaluating a midsize crossover – let alone the XT5, the latest example from Cadillac. Nevertheless, Cadillac descended upon Fogo Island (population: just about 3,000), which lies about 1,500 miles northeast of the company’s newly minted headquarters in New York City, to introduce its middleweight CUV.

It’s downright rare to see a Cadillac in the fishing communities of remote Fogo Island, yet the proprietor of the island’s only cafe, Flat Earth Coffee, hardly noticed the XT5. She did, however, immediately identify us as visitors. “You’re the only strangers here,” she said, handing over a cheesy pastry, fresh from the oven. 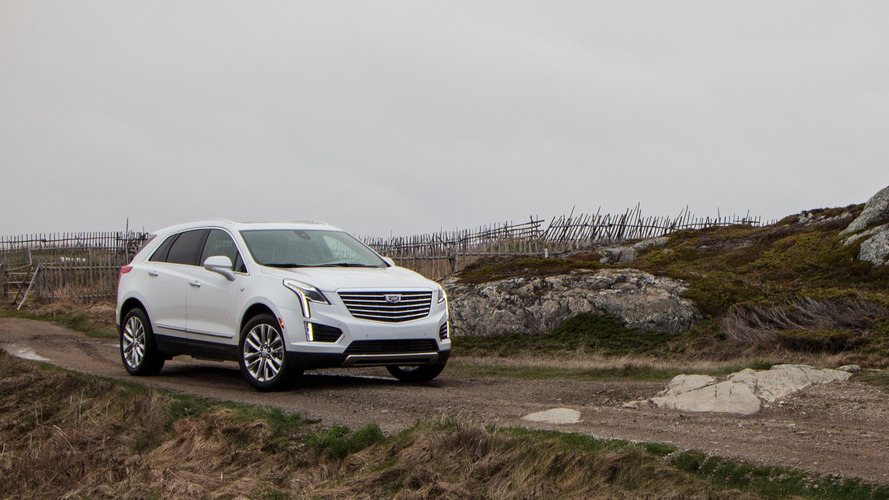 The XT5 evolves the SRX with more than a hint of CT6 in its details.

All of the inhabitants of the island might well know each other, but they seemed excited to meet the cadre of XT5 crossovers that arrived there en masse. First things first: In so many ways, the XT5 is antithetical to the Escalade, the model that has come to symbolize what Cadillac knows how to do well with an SUV. It was easy for enthusiasts to become disenchanted with the second-generation SRX, which ditched the first-gen’s V8 and rear-wheel-drive chassis. Despite the change in personality, sales figures crept ever higher as the SRX, Cadillac’s oldest model, skewed carlike, to become the marque’s bestseller.

The XT5 continues in that mold: soft around the edges, and actually kind of stylish. It’s the fresh, middleweight replacement for the SRX, and it sits below the Escalade in terms of size and gravitas. (A smaller XT3 is confirmed to be on the way, as is a larger XT7.) Throughout, the XT5 evolves the SRX with more than a hint of CT6 in its details.

Dogmatic to the midsize luxury crossover is bundling inoffensive exterior styling with soft-touch interior trimmings, and the XT5 has those down pat. Customers in this segment like having features available, and lots of them. The XT5’s standard and optional equipment list reads like a menu at an all-day country diner, headlined by the usual selection of infotainment options, as well as unique interior trim colors like Carbon Plum. 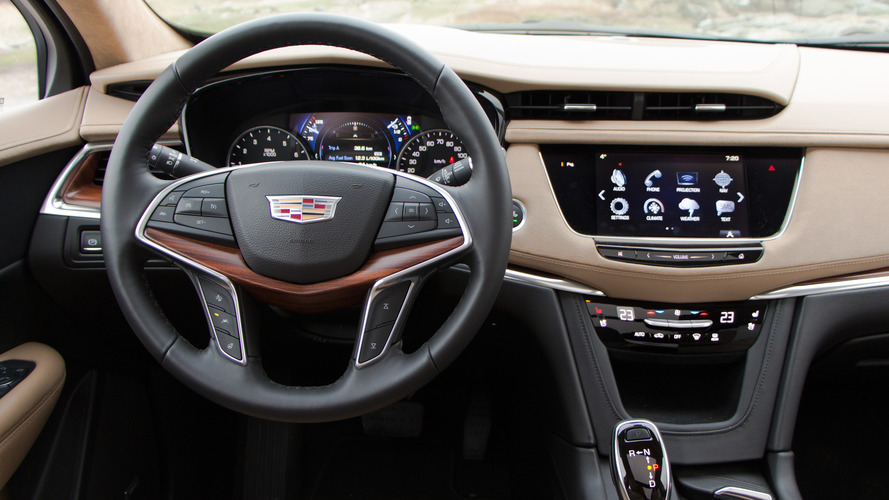 The most enjoyable part about experiencing the XT5 is simply being inside it.

More in line with what the competition offers is what’s under the XT5’s hood: a naturally aspirated 3.6-liter V6, shared with the CTS, ATS, and CT6, paired with an eight-speed automatic transmission that sends power to either the front wheels or all four of them. Cadillac is said to be mulling whether to offer a 2.0-liter turbo four-cylinder, too, as it does in China. Thanks to cylinder deactivation that shuts off two of the V6’s cylinders when they’re not needed, the U.S.-market XT5 already does a clever imitation, and this helps push highway fuel economy as high as 27 miles per gallon (with front-wheel drive): average for the segment, representing a 10 percent gain in efficiency over the SRX.

Getting a feel for the spectrum of the 310-horsepower XT5’s dynamic performance was challenging on Fogo Island’s roads, which occasionally resemble the backroads of the Isle of Man but hardly comprise a proper test circuit. Steering feel errs on the side of lifeless and disconnected, no matter the drive mode you choose, but it’s about par for the midsize luxury crossover course. Dipping heartily into the throttle is a rewarding experience sure to delight weekend outlet shoppers and parents alike, but watch out for heavy amounts of torque steer off the line. Drive mode controls on both FWD and AWD models alter the programming of the transmission somewhat, but do little to enhance the driving experience. Piloting the XT5 isn’t unimpressive, but it isn’t satisfying, either. Set the (optional) adaptive cruise control and just enjoy the quiet ride. 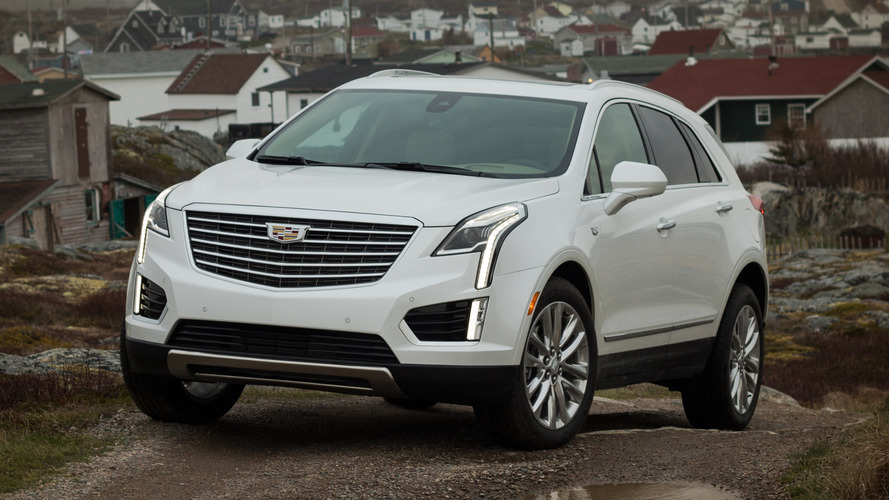 It feels more premium than the Lincoln MKX and more special than the Lexus RX.

Cadillac wastes no breath touting the XT5’s capabilities off-road, and rightly so: Its 7.8 inches of ground clearance is about average for a segment of cars that rarely leave the beaten path, and there’s an unspoken, delicate element to the XT5’s styling that shames you into not wanting to damage its punim. Not that we didn’t try, nearly getting stuck when a photo shoot with a front-wheel-drive XT5 suddenly turned muddy. Switched into Snow/Ice mode, with throttle response tempered, the XT5 crept forward in some soft, wet grass without issue.

The most enjoyable part about experiencing the XT5 is simply being inside it. Shut the driver’s door and admire how quiet the double-glazed windows make the cabin. Run your hands over the dashboard, the seat material, and all of the everyday touchpoints (steering wheel, door panels, armrest). Each one feels like it’s going to last. The interior is far from perfect, marred by the discordant feeling of cheaply produced plastics surrounding an awkwardly shaped transmission lever with an unusual shift pattern, but it feels more premium than the Lincoln MKX and more special than the Lexus RX. 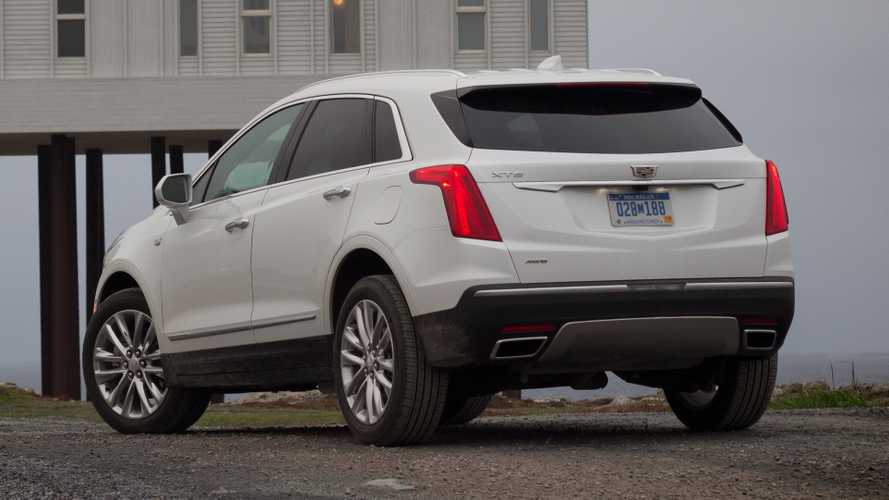 The 2017 Cadillac XT5 is a smartly designed crossover that should meet expectations of its intended audience.

The XT5 that you’ll want is the highest-trim, all-wheel-drive XT5 Platinum, which is nearly 25 grand dearer than the $39,990 starting price. It’s the one with all of the unique goodies, including a head-up display, semi-aniline leather, cameras that create a birds-eye view of the car for maneuvering, and a rear-view mirror that doubles as the screen for a liftgate-mounted video camera. As you can’t add these options individually, you’ll have to splurge for the whole package or be without them. No matter which XT5 trim level, however, the attention to detail throughout the cabin is surprising. And like so many of General Motors’ offerings today, the XT5 is a mobile wi-fi hotspot, available with subscription-based 4G LTE cellular service for passengers to get online.

Discovering luxury in an unexpected context was a recurring motif over two days of driving the XT5 on Fogo Island. It doesn’t take much to appreciate luxury in an area bereft of it, so a follow-up drive in our day-to-day lives will be needed to confirm how the XT5 will hold up in areas where it’s likely to find a home. For now, the 2017 Cadillac XT5 is a smartly designed crossover that should meet expectations of its intended audience who enjoyed the old model and are looking for an encore. Because it’s nice when things just feel familiar.