Believe the hype – this is the M car we’ve been waiting for.

Cautiously optimistic. That’s how I started my week with the 2016 BMW M2, a car I was told would check all the right boxes and restore my faith in the M brand. Disheartened by the numb evolution of the once pure M3, I was told I’d find salvation in the 2’s size and on-road charm. That $52,000 starting price sounded pretty good, too.

Three days into my test I found myself staring at the M2 in my driveway, having just returned from a long, enthusiastic drive. Eyes locked on the wide, defined front fascia, I sighed and thought to myself, “Yep, you win.” This is the BMW I’ve been waiting for since the departure of the 1 Series M Coupe in 2011. This is what the M3 should have been. This is a proper return to form, and a reminder that the Bavarians still have the ability to churn out an Ultimate Driving Machine every now and then.

It starts with a good heart. The M2 employs BMW’s turbocharged, 3.0-liter inline-six with 365 horsepower at 6,500 rpm and an even more accessible 343 pound-feet of torque that smacks you in the ass at 1,500 rpm and stays strong all the way up to 5,560 revs. This means gobs of power are readily available at any speed, in any gear. Mash the throttle while cruising at 2,000 rpm in fifth gear and a wave of thrust will rocket you up into sixth and seventh gears. That’s assuming, of course, that the M2 is equipped with the seven-speed dual-clutch transmission tested here. A six-speed manual ‘box is available, with rev matching that can’t be disabled unless you turn off all the nannies. I hear good things, and I’m eager to row my own gears in this car at a later date. 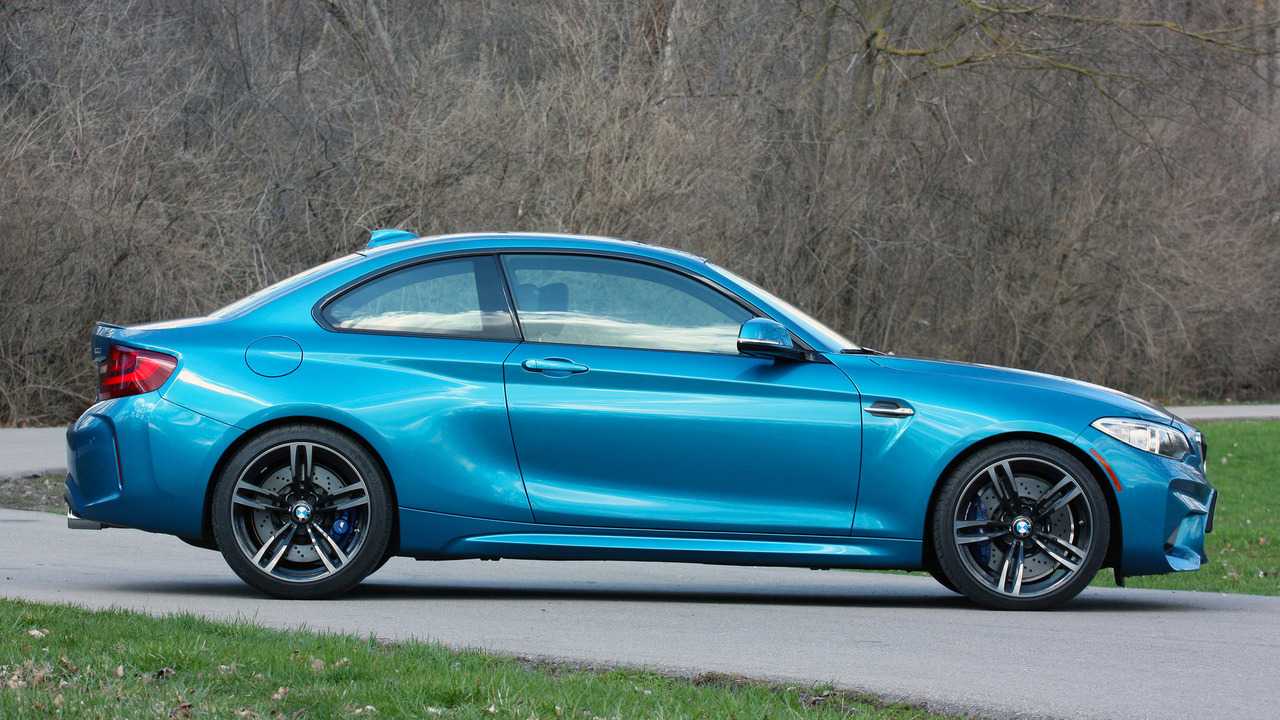 Like all of BMW’s recent dual-clutch applications, the seven-speed DCT is really slick in the M2. Even in the standard Comfort driving mode, shifts are quick and seamless, whether you’ve left the transmission to its own devices or you’re swapping cogs yourself via the reverse-teardrop shifter or, even better, the steering wheel-mounted paddles. Left alone in Sport or Sport+ modes, the transmission holds gears during throttle fluctuations, and will run right up to redline when provoked. There’s a touch of weirdness when coming to a stop – you can feel the transmission clunkily shift into first gear after you’ve halted. But in motion, the DCT is a solid companion no matter your level of enthusiasm.

Without a proper test track to really wring it out, it’s hard to say exactly how this car feels at the limit. But the best M cars charm you with their everyday dynamics more than anything else. That’s another reason why the M2 earns high marks – whether you’re commuting up the highway or holding fourth gear along your favorite backroad, this car works with you, does what it’s told, and doesn’t require you to disable every single safety system just to encourage a little tail-happy fun.

The M2 uses a lightweight suspension system comprised mostly of aluminum, and this helps keep mass low. The DCT-equipped car tips the scales at 3,505 pounds, but choosing the manual transmission shaves 55 pounds off that weight. At no point does the M2 feel portly, like its ferocious power is compensating for big bones. Curiously, BMW’s M Adaptive suspension isn’t an option, even though you can fit it to the M235i. But that’s okay, because there aren’t any sore spots in the M2’s road manners, no matter the conditions. You feel everything the chassis is doing, but there’s enough give to soften big pavement imperfections. Credit where credit’s due: The Michelin Pilot Super Sport summer tires – 245/35ZR19 up front and 265/35ZR19 out back – are fat and grippy, even in the wet. During hard rain on a cold day, the back end will slide around, but it’s all fixable with a quick flick of the steering wheel. The best thing I can say is that the M2 genuinely feels small, and has all of the adjectives often associated with little turbo rockets. Nimble. Quick. Playful. Eager. It’s all here. 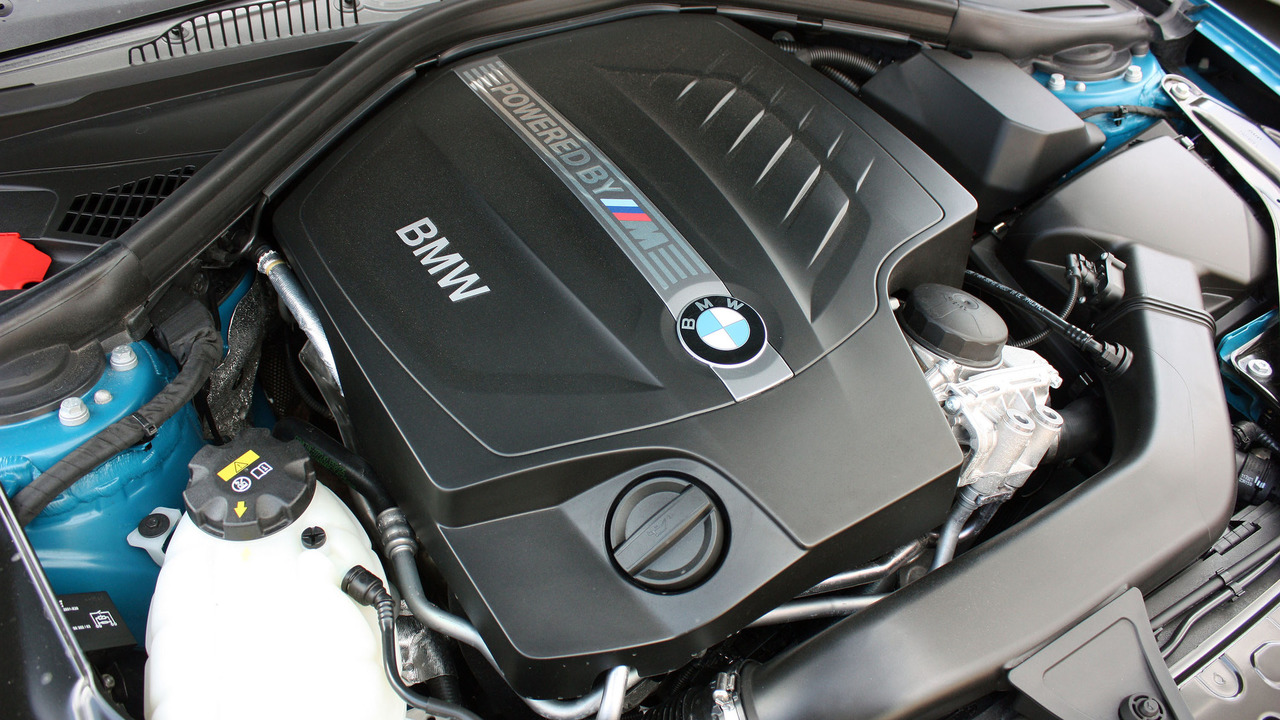 Speaking of steering, the M2 uses an electrically assisted setup, and while it’s not perfect, it’s one of BMW’s best applications of this technology. Anyone who’s complained about a lack of feel in the F30 3 Series range will understand my recent disappointment with BMW’s steering tuning – it’s bad in the M3 and M4, too. Thankfully, lifelessness isn’t a problem in the M2. Yes, it’s a little dead on center, but weight builds progressively and the level of communication never feels artificial. If there’s one steering-related complaint, it’s that the wheel itself, like any M- or M Sport-badged BMW, is too wide in diameter. (Monster-handed Bimmerphiles can ignore that last statement.)

That’s the only time I’ll complain about anything related to width with this car, though. The M2 looks properly butch – like an M235i that actually put work in at the gym rather than just paying for calf implants. The front and rear tracks are 2.5- and 2.6-inches wider than the M235i, respectively, and the overall car swells by 3.2 inches ear to ear. Every extra opening, cut line, and flare works to amp up the car’s visual energy, right down to the inset quad-exhaust pipes. And it all comes together as a complete, cohesive design statement. You might often mistake an M235i for a regular 228i, but you’ll never second-guess if that’s an M2 quickly approaching in your rearview mirror. 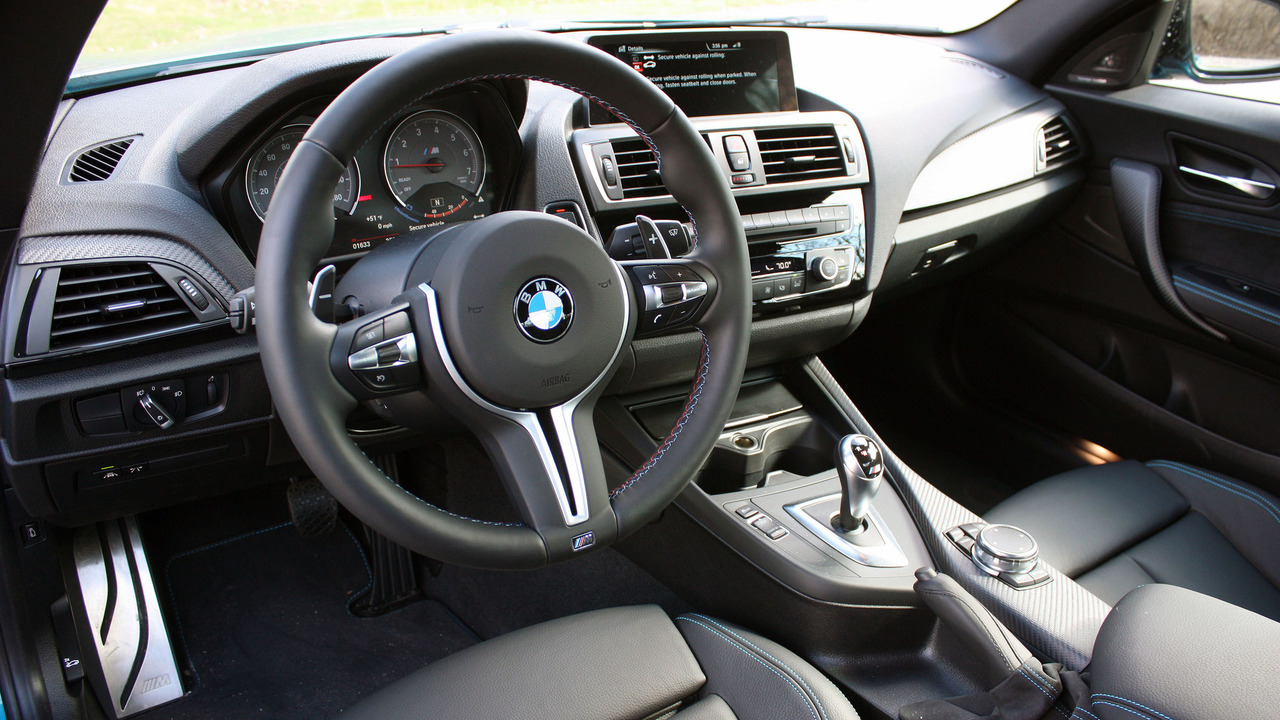 Moving inside, gone are some of the BMW-unbefitting plastics that are present in lesser 2 Series models, and small touches like the blue contrast stitching and carbon fiber trim look fantastic. Otherwise, it’s business as usual with the cabin. If you’ve been in any BMW over the past five or so years, you’ll feel right at home inside the M2.

The M2 comes incredibly well equipped, with sport seats that are comfortable and supportive, but don’t look nearly as cool as the chairs you get in the M3 and M4. As far as options go, there’s the $1,250 Executive Package that adds niceties like a heated steering wheel, rear-view camera, and automatic high beams, and opting for the DCT adds $2,900 to the M2’s bottom line. Everything else – navigation, xenon lights, 19-inch black wheels, heated seats, Harman/Kardon audio – comes standard on every M2. All in, you’re spending $57,395 for a loaded M2. Don’t think that’s a bargain? Consider the fact that I recently drove a 328i M Sport that cost nearly $60,000. Now tell me which one you’d rather have.

You’d be smart to pick the M2 over close-ish rivals like the Audi S3 and Mercedes-AMG CLA45, too. The S3 is way cheaper, sure, and has a more functional four-door shape, but it’s down 73 hp compared to the M2, and is a far less rewarding, visceral experience from behind the wheel. The CLA45 actually beats the M2 on power, with 375 hp, and while it’s good to drive, it’s fun in a sort of conservative, power-to-all-four-corners way. Plus, it’s more expensive when equipped like this M2. Go figure. 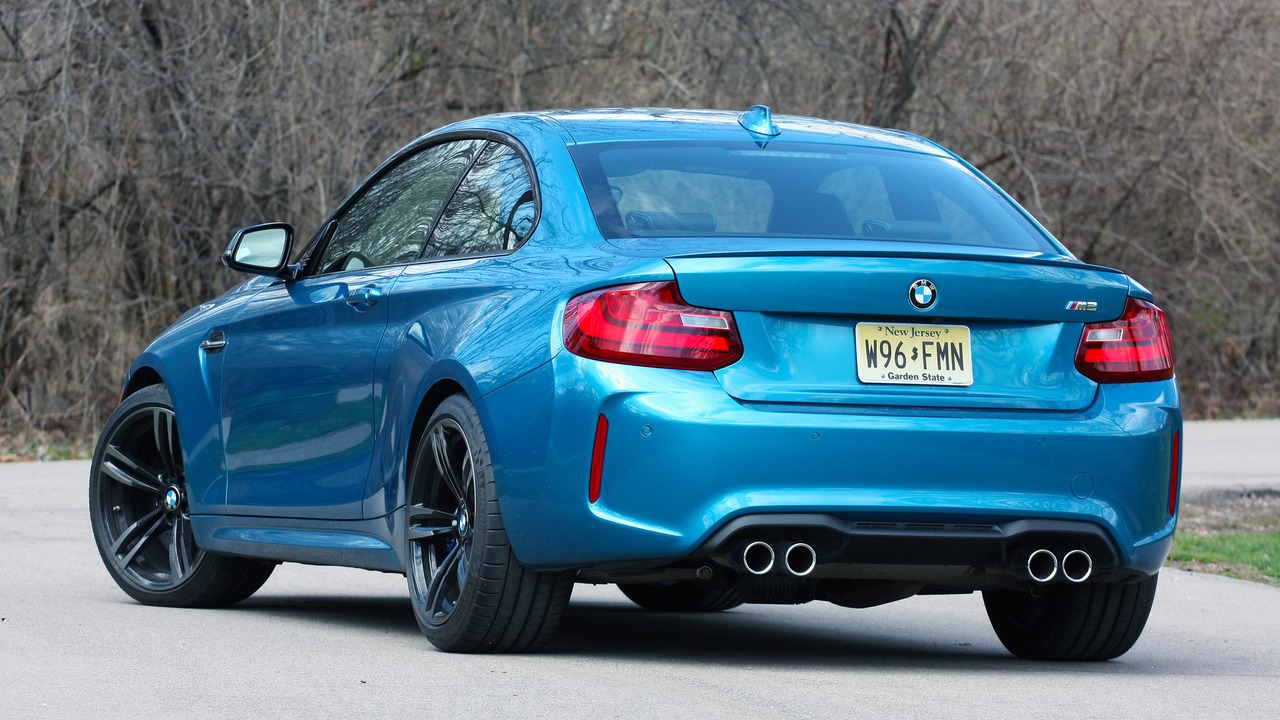 My big point here is that, lately, it seems like BMW M is more concerned with slapping its badge on anything with a slightly exaggerated fender flare (X4 M40i, anyone?) than making cars that are legitimately exciting. This top-shelf 2 Series is the proper M car I expect from a company that not that long ago gave the world the a host of other iconic machines – E30/E36/E46 M3, E39 M5, and Z3/Z4 M, as well as the absolutely stunning 1M Coupe.

Which reminds me, there’s a point of clarification I need to make. The M2 is not a successor to the 1M, and it doesn’t need to be. The 1 Series M served to showcase the best of M’s capabilities at that time, and was a limited-production monster that deserves its own special place in history. Some masterpieces don’t need to be topped. The fact that the M2 comes so damn close simply makes it a new, and lovely, piece of driver’s art.