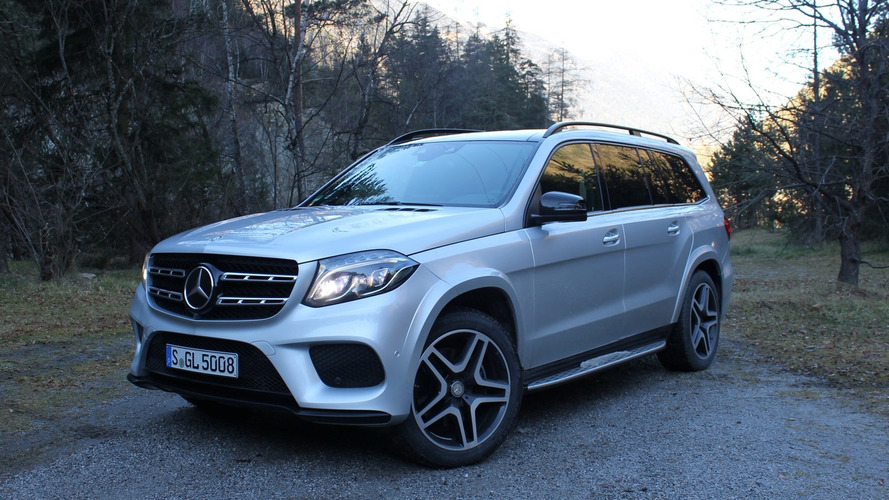 We trek to Austria to test Mercedes' GL-replacing large SUV.

Even before landing in Innsbruck, Austria on my way to drive the 2017 Mercedes-Benz GLS, I’ll admit I already had some expectations about the vehicle, both positive and negative. Firstly, there were reservations about the ride and handling. Past experience tells me that driving such a massive SUV can feel a bit like riding a bull. Especially if the driver feedback is dialed back (often in the name of NVH reduction), the pitch and roll from sheer weight can make the car feel like it’s got a life of its own. On this trip the alpine roads would be our potential china shop, with the petite Euro hatchbacks playing the part of the china.

Driving such a massive SUV can feel a bit like riding a bull.

On the other hand, I expected a high-end experience in terms of comfort and quality from a brand new vehicle from the pedigreed German automaker. It’s Mercedes. I want the car to impress my passengers with its opulence. The “S” in the “GLS” signifies its status as a top-of-the-line luxury vehicle alongside the indulgent S Class. Immediately, these expectations were met. The materials and touchpoints inside the GLS are all attractive to both eye and hand. The AMG Line interiors in the available testers offered a balanced sense of tailored craftsmanship and athleticism. While there’s certainly a whiff of limousine essence in the GLS – especially in the well-appointed examples available on this test drive – the best seat in the house proved to be the one behind the steering wheel.

In terms of the luxury spirit of the GLS, the Tyrolean driving venue was appropriate. The newest 007 film, SPECTRE, was filmed on part of our route. And while the GLS didn’t quite make me feel like James Bond, I could certainly see myself cast in the role of his well-to-do yet out-of-shape relative (or, perhaps even more appropriately, Ernst Blofeld). The GLS did make me feel taller than I am, and more powerful. As a status symbol, you could do a hell of a lot worse than a comfy SUV bearing the three-pointed star. It’s abundantly clear that you’re meant to feel like some sort of no-limits, executive badass as a GLS owner, a conclusion that Mercedes cleverly drove home by showcasing the undeniably charismatic ute in such a magically cool setting. For a gigantic Mercedes, it’s surprisingly easy to drive. Steering it through the alpine roads, I didn’t feel like I was trying to herd a bull through mud. In comfort mode on normal roads, it is an effortless drive. The driving assistance is pretty slick – especially the semi-autonomous driving of the optional Distronic Plus – and offers a little bit extra peace of mind when aiming the hefty GLS down the highway. Even in the hills, the transmission did a fine job of picking gears seamlessly while still leaving power on reserve. The suspension offers a stable ride, but it doesn’t feel particularly airy or spongy. When you feel anything at all, it's a sense of the car working to keep you level rather than just soften the bumps. Of course, there’s a little roll side to side, but I noticed it more as a passenger for the first few minutes, and forgot all about it once I got behind the wheel and in subsequent turns in the right seat. The optional Active Curve System roll stabilization is a welcome feature in a vehicle like this.

In Sport mode, things get even better. The steering, though tangibly boosted, feels smart. There’s a little room for play in dead center, but dial in a little input, and it weights up progressively, offering a nice snappiness with a few degrees of turn-in. The rest of the driving mechanics worked harmoniously, too. Gearshifts are quick and appropriate, with good response to throttle input. The paddle shifters are a nice touch, especially in the hills. Heading downhill into a tight corner, digging into the brakes offers a refreshingly ample amount of feel into what is going on between the rubber and the road regardless of the selected mode.

The one drawback in navigating around the hills was in the forward vision. The beefy A-pillar takes up a lot of visual real estate when what you’d rather be seeing is what’s coming around the inside lane. Despite this one small niggle, though, vision was rather good. The large windscreen and side windows offer a good look at your surroundings, while the oversized side mirrors (and, to that effect, the driver assistance features) helped apprise me of everything outside of my forward view. Dicing through traffic when there are multiple lanes is a painless procedure, minimizing any of the usual anxieties in such driving situations. Additionally, the navigation system is very good, offering clear (and polite) instructions with no hesitation or equivocation – particularly helpful when traversing foreign roads. I could get used to this whole “confidence” thing when it comes to large vehicles. The GLS is plenty potent, too. Putting the hammer down in the GLS550 results in exactly the sort of cannon shot you want from its biturbocharged 4.7-liter V8. Offering 449 horsepower and 516 pound-feet of torque going to four wheels, it takes off eagerly regardless of the road surface. While I didn’t perform proper 0-60 testing on the wet Tyrolean tarmac (and official figures haven’t been published), I can say that while the accelerative punch isn’t neck-snapping, the GLS makes mincemeat of any other car you need to pass when the road straightens out long enough. It also rewards you with a nice beefy engine sound (not too loud, of course) and the telltale and titillating whoosh of the forced induction. All this makes overtaking on a two-lane highway a very satisfying maneuver.

Putting the hammer down results in exactly the sort of cannon shot you want from its biturbocharged 4.7-liter V8.

The GLS350d was no slouch, either. The lower-revving turbocharged six-cylinder climbed the steep grades smoothly and with aplomb. While the words “German” and “diesel” may bring up some negative connotations for some, I think the more discerning among us should be glad to see this greaseburner coming to our shores. I suspect more of us will be as fuel economy figures become available.

In addition to dominating the roads that traverse through the cozy Austrian burgs, icy, rocky wilderness, and cheery ski resorts, we had the opportunity to drive a closed mountain pass smothered in ice and snow above the village of Hochgurgl (try saying that with a mouthful of knödel). Complementing the Individual, Sport, and Comfort modes, the GLS is equipped with a Slippery mode for just such occasions. While my brain told me that by speeding across the frozen pass in a line of GLSs, I was putting my life in danger, the results were less dramatic. The car easily tackled frosted downhill hairpins without drama. Accelerating out of turns, the GLS showed impressive stability in the snow, and nobody ended up sliding off the side of the mountain. Off-Road mode is also a standard setting on the rotary dial, and Off-Road+ is available as an option. While we didn’t get the opportunity to blaze our own trails in the GLS, those who wish to do so with the Off-Road+ setting will have extra ride height, appropriate suspension tuning and gear programming, and a center differential lock for when things get hairy. Want to ford a river? If it’s no deeper than two feet, it should be a walk in the (national) park.

Effortless driveability is its strongest and most refreshing quality. No bull.

Bringing all your gear shouldn’t be a problem, either. Fold both rear rows flat, and there’s 93.8 cubic feet of room for all your belongings. Dropping just the third row gives you a total of 49.4 cubic feet. If you need to fill the wayback with a sixth and/or seventh passenger, you’re limited to 16 cubic-feet of cargo space. In that case, it would make sense to take advantage of the GLS’s 7,500-pound towing capacity.

While the GLS may not look like much more than a slight makeover of the GL, the newly named SUV is well executed. It feels up to date both in its presentation and its abilities. It is undeniably stately without being stuffy or overwrought. Its built-in technology, particularly of the passive variety, makes it accommodating and approachable, and not overwhelming for the tech-averse. It’s highly capable, even in the dramatic setting of the Tyrolean Alps. Mostly, though, the GLS makes life easy on the driver. Its effortless driveability, at least to me, is its strongest and most refreshing quality. No bull.