The Volvo VNR Electric’s cockpit wraps around the driver’s seat, with minimal instruments that are simple and straightforward. There’s no shift lever to be seen, just buttons labeled D, R, and N. A prominent yellow push-pull parking brake knob juts from the instrument panel in a can’t-miss location between the shifter button array and the speedo. There are but two pedals: brake and accelerator.

To get it moving, I do what I usually do: step on the brake pedal, release the parking brake, select Drive, and squeeze the accelerator. Even though the procedure is entirely familiar, it feels absolutely foreign because, well, I’m sitting about 10 feet off the ground in the cab of a Volvo class 8 semi tractor. The massive 18-inch steering wheel is nearly flat, and the pneumatic seat bounds up and down as I settle into position. 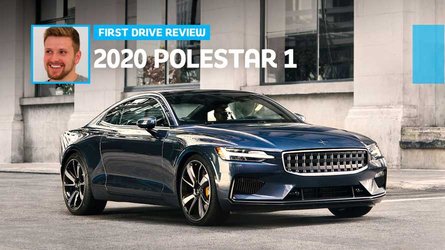 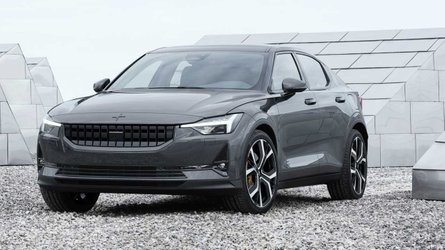 The VNR Electric is the latest in Volvo’s 100-year history of U.S.-built semis, an all-electric tractor developed as part of the LIGHTS (Low Impact Green Heavy Transport Solution) program. While the company builds semis for intrastate and interstate long-haul driving, the VNR (the “R” stands for Regional) is for local and regional work, making the port-to-warehouse run. It’s also the kind of semi you’ll see at the dock behind your local supermarket or big-box store. This sort of truck is everywhere, although not with an electric powertrain.

The fish out of water feeling ebbs within a dozen yards, at which point I fall into a familiar evaluation mindset. The throttle is easy to control at very low speeds, yet it’s also responsive and linear when the rig is moving. When it’s time to slow, the dual-motor electric drivetrain delivers an abundance of regenerative braking that’s customizable in four steps via a steering column stalk. Position two is strong enough in this unladen scenario that I don’t need to touch the brake until the last few yards before coming to a full stop.

Like other electric vehicles, the Volvo VNR is very smooth and silent. There’s absolutely no noise and no shift sensation, neither when the two-speed gearbox automatically upshifts nor when I shift from Drive to Reverse. The quietness is perhaps even more pronounced than it is in a typical electric car because there are none of the usual high-keening sounds of regeneration with the motors positioned so far below me.

Except for the feeling of mass, the understandably slow steering, and the 10-foot vantage point, the Volvo VNR isn’t that different from every other EV I’ve driven. Question is: do I get myself a CDL so I can take this sucker out on the road and spend a full day as a truck driver?

The VNR Electric shares much of its frame, cab, and running gear with the regular VNR series truck, and that’s important, because it means Volvo can maintain and repair the systems as it always has. Proven, robust components are hard-won in this business and not to be tossed aside lightly.

The heart of the change is a side-by-side dual-motor powertrain that feeds into a two-speed automated transmission. The assembly nestles snugly between the frame rails just behind the cab and feeds into the rear axle, which means you could technically say the VNR Electric is a “mid-engine” truck. The arrangement is good for 400 kilowatts (536 horsepower) of peak power and rated to deliver 260 kW (349 hp) on a continuous basis. Torque at the ground, which differs from the dyno figures we’re used to, peaks at 23,600 pound-feet.

The motors can also generate 260 kW of power when in regenerative braking mode, but the tractor has a full-fledged traditional disc brake system, as well. There’s also a rear air suspension. Any attached semi trailer will have typical air brakes, so the powertrain also features an electric air compressor.

The truck’s conventional nose still houses a radiator to cool various parts of the system, and the underhood area is filled with power electronics that manage 400-volt DC charging and supply the needs of the 600-volt electric motor and batteries. The CCS charge port is located on the driver’s side just below the cabin step.

Four battery packs hang in pairs off each side of the frame rails, with space for two more – if needed – behind the cab. Each pack is rated at 66 kilowatt-hours, of which 50 kWh is usable within the state-of-charge management strategy currently being employed. If that seems conservative, remember that semis amass far more than the 15,000 miles per year, the assumed average for passenger cars. Our class 8 test drive tractor has the full complement of six packs, which gives it 300 kWh of usable battery capacity. For comparison’s sake, the current long-range champion of EV passenger cars, the Tesla Model S, carries a 100 kWh battery pack.

Volvo isn’t saying exactly what the VNR’s range is, in part because this pilot program is a work in progress.

Volvo isn’t saying exactly what the VNR’s range is, in part because this pilot program is a work in progress. The working range for the LIGHTS program will be between 75 and 175 miles, and it’s worth noting that a round trip to the port is about 125 miles, with an empty downhill run to the port and a loaded uphill run back to the warehouse district.

By design, the LIGHTS program will include tests of different generations of battery development, and Volvo will use the data recovered during these instrumented real-world trials by actual trucking company partners to further refine the state-of-charge strategy. Volvo plans to put the VNR Electric up for sale by year’s end, and this pilot program will lead to specific range and cargo weight rating algorithms that customers can plan their routes around.

I spoke with a couple of attendees about range, and one regional representative of a big beverage company surprised me. These range numbers didn’t worry him much because 93 percent of his distribution trucks had daily routes of 100 miles or less. He’d prefer a truck that could stay in service for two days to guard against blackouts, but that was the extent of his thoughts on the subject.

That’s the beverage guy’s specific problem. Bottled liquids are heavy. The guy next to him had potato chips to haul. He didn’t have the same concern. In this regard, at least, electric semis are similar to electric cars. The amount of range you need comes down to how far you’ll drive in a day plus, in this case, the mass of what you need to haul.

All of this is based on the current state of battery development. If six packs can become four, that’s a bunch of weight saved. If a new battery development leads to a breakthrough, manufacturers can pair different packs with the existing technology. You can bet these issues are central to the LIGHTS program which, incidentally, will be working within the confines of a 66,000-lb GCWR for the time being.

The LIGHTS program is the public face of the final stages of Volvo’s EV truck development. Potential customers, charging providers, service facilities and government entities are all able to observe how the ecosystem works. Critical issues of uptime, downtime, reliability, and maintainability will bubble to the surface. Price isn’t directly entering the picture yet because of various subsidies that are involved. That will be announced toward the end of the year when production starts.

Electric semi development isn’t unique to Volvo and the VNR Electric. Every truck maker you’ve heard of – as well as some you haven’t – are working on similar projects. What struck us is how far along and ready for use this one appears to be. Far less is known about some other trucks in terms of actual performance and viability when it comes to real-world issues of loaded range, downtime management, and maintainability. In particular, this customer base would revolt if Tesla’s Semi service and downtime was anything like what I have personally experienced on the automobile side.

Volvo should announce pricing towards the end of 2020.

The change to electric semis is going to happen, at least in this kind of regional delivery scenario. With LIGHTS, Volvo wants to reassure potential customers that they’ve got this. They know that real money is at stake here. These are not vanity purchases. Electric trucks have to do the job, they have to stay in service, and must be easy to get serviced. As for the future of long-haul EV semis, it’s abundantly clear that’s going to have to wait until the regional delivery piece gets nailed down first.