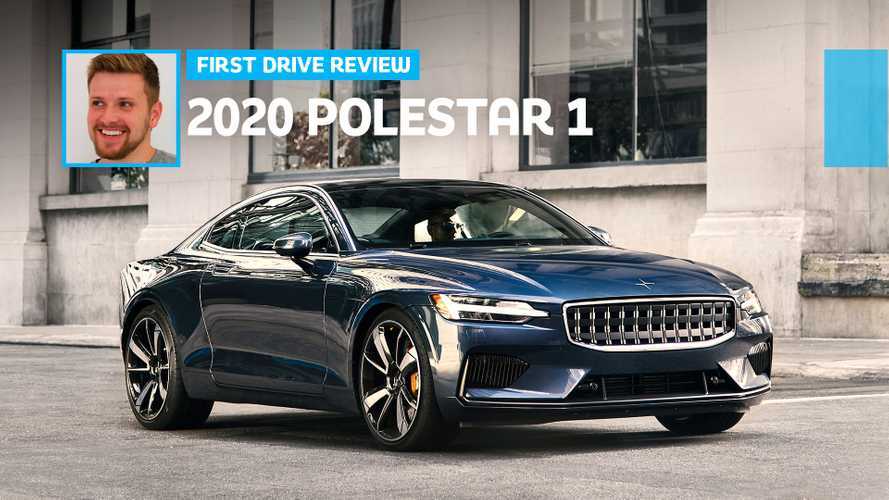 A stellar first step for the new brand.

The Bay Area is as much about electrification as it is innovation. As the second-most EV-centric city in the U.S. (just behind Los Angeles), you can’t walk more than a block without bumping into something battery-powered. As such, San Francisco marks the perfect spot for Volvo-backed new brand Polestar to allow us wheel time in its first road-going product, the Polestar 1.

The first vehicle in what the company hopes to be a long line of products, the Polestar 1 is no traditional plug-in hybrid, this is a performance plug-in. Yes, this car is efficient, offering up the largest electric range – 78 miles – of any plug-in hybrid in existence. And yes, it’s comfortable, too – we welcome the Polestar 1’s cushy Volvo underpinnings. But much like the former tuning arm (a la BMW M, Mercedes-AMG) with which it shares its name, Polestar stands for performance. And driving up some of the twistiest pavement the Bay Area has to offer, the Polestar 1 proves to be a near-flawless first step in that respect.

Something Borrowed, Something New

Though it shares its bones and styling elements like the “Hammer-of-Thor” headlights, C-shaped taillights, and six-sided grille with the S90, the Polestar 1 has a distinctive personality, borrowed cues be damned. Its slinky proportions definitely help; ditching the rear doors and chopping off more than two-and-a-half feet from the S90 helps sharpen Volvo's already lauded design language. Not to mention, Polestar has also draped carbon fiber over the steel frame.

Similarities to the S90 are more obvious inside. Unlike the off-in-the-distance Polestar 2, which uses a more-advanced (and much better) Android-based infotainment system, the Polestar 1 borrows Volvo's portrait-oriented Sensus touchscreen. At least it's one of the better infotainment systems available today; it's easy to use, responsive, and clean. Polestar also uses the same turn-to-start ignition switch and some of the same knobs and dials. Given that Volvo does a great job with its interiors and tech, though, Polestar's copy-and-paste job isn't totally offensive.

Rather than the S90's 2.0-liter gas engine on its own, the Polestar puts to work a turbocharged and supercharged inline-four engine with two electric motors that produce 85 kilowatts each. The Polestar 1's total system output in the U.S. is 619 horsepower and 738 pound-feet of torque, and electric range is 78 miles on the WLTP cycle.

Unplugging from the fast-charging Volta headquarters in San Francisco's Mission District, we hit the road and head south towards Highway 101. The five-or-so city miles happen in almost complete silence. The standard Hybrid drive mode makes the Polestar 1 feel no differently than a normal Volvo would (we mean that in a good way). The transition between electric and gas is seamless, the ride is exceptionally smooth, and there's only a slight sound from the gas engine that penetrates the otherwise well-insulated cabin. Of the five available drive modes (Pure, Hybrid, All-Wheel-Drive, Power, and Individual), Hybrid is probably best suited for puttering around the city. Even if you do get on it – say, onto an onramp – the impressive torque vectoring from the electric motors prevents any noticeable understeer and keeps the 619 available horses in check.

On the highway, we cycle to the fully electric Pure mode. The gas engine goes lifeless, eliminating its faint rumble, and power moves to the rear wheels exclusively. A readout on the dash shows “68 miles;” clearly we've already used up some of the Polestar 1's 78 miles of electric range in Hybrid mode. But it's more than enough juice to get us to where we need to go.

Without knowing it, we'd never guess this was a 619-hp performance car.

There's no noticeable difference in the way this car feels in Pure mode versus Hybrid. It's still super comfortable, smooth, and refined, even riding on 21-inch rims and low-profile Pirelli P Zero tires. Only, it's a bit quieter now, and throttle inputs are more direct. Instant torque, all 738 lb-ft of it, push the driver and passenger firmly into the backs of their Nappa Leather sport seats with some pressure on the “gas” pedal. There's no longer that slight kickover to include the four-cylinder engine either, just gobs of uninterrupted twist, allowing us to get the car get up to speed quickly on the 101.

Without knowing it, we'd never guess this was a 619-hp performance car. The Polestar 1 is absurdly comfortable on the highway and smooth around the city. Its cabin is whisper quiet, the suspension soaks up imperfections, and the steering is light yet responsive. Not to mention, the Volvo-inspired cabin, rich with high-quality materials like leather and Alcantara, makes for an extremely comfortable place to sit. Assuming you can shove two passengers in the cramped backseat, few two-doors make a better case for cruising than the Polestar 1 does. Only, this one can carve corners, too.

Due west from Redwood City is a glorious, twisty ribbon of sidewalk-sized pavement that stretches through a redwood forest. In most hybrids (save maybe Polestar’s main competitors, the Acura NSX and Lexus LC Hybrid), it’s a road designed for sightseeing. In the Polestar 1, that same road is a playground for us to push the limits of this $155,000 performance PHEV. And of course, we do.

Flipping the switch to Power mode unravels the Polestar 1’s full breadth of power: 619 hp and 738 lb-ft of torque. All four tires grip the pavement, (in this case 275/30 fronts and 295/30 rears), and power funnels through a seamless, quick-shifting eight-speed automatic transmission. From a standstill, the Polestar 1 will sprint to 60 miles per hour in 4.2 seconds. All things considered, this car doesn’t feel hugely quick in a straight line..

The Polestar 1 feels more at home on these complex, redwood-lined roads than it theoretically might on the drag strip. Normally, ham-fistedly flinging a two-and-a-half ton vehicle into such turns (it weighs about the same as a Ram 1500) would yield lots of understeer and unruly body movements. But the hulking Swedish coupe moves unlike most other 5,170-pounds vehicle before it. The Polestar 1 – even with its massive weight and ambitious hybrid layout – is an unbelievably good canyon carver.

The steering is communicative, too, and the quick rack and fat front tires give the Polestar 1 impressive turn-in abilities.

Credit Polestar engineers for knowing how to properly tune a suspension. What a concept. There aren't a mess of finicky electronics, just a good ol' double-wishbone setup, offsetting control arms, and 22-way, manually adjustable, bright gold Ohlins shocks. Yes, manually adjustable via “clickers;” our car sat at nine and 10 “click” respectively straight from the factory. Not even changing drive modes alters the damping. But even this relatively basic setup helps keep the hefty Polestar 1 almost completely flat in the corners. There's just a pinch of body roll, but it's harmless, if not helpful in communicating road feel. The steering is communicative, too, and the quick rack and fat front tires give the Polestar 1 impressive turn-in abilities.

Another key aspect to that impressive control lies in the body structure itself. A carbon-fiber “dragonfly” brace sits dead center underbody, stiffening the intersection of the middle floor and rear structure. The result is an improvement of 45 percent in torsional rigidity over the same steel structure, and better weight distribution: 48-percent front and 52-percent rear.

Out of the corners, the Polestar 1 puts down punishing amounts of power. The 354 lb-ft from the electric motors alone provide twist in an instant, helping recover lost energy quickly while the additional 384 lb-ft from the gas engine kicks in, launching the car out of the corner with generous speed. And there's never a want for grip; the sticky tires Pirelli tires and rear torque vectoring keep the car from kicking its ass out, except in rare situations.

But for a car that performs so well elsewhere, the Polestar 1's brakes leave us longing for more. The Akebono six-piston front and four-piston rear calipers are fine for daily driving but don't offer enough stopping power at higher speeds. It takes a strong right leg to stop this 5,000-pound-plus car in time for a proper turn-in.

The Sky’s The Limit

Where the Polestar 1 has a leg up on its competitors, though, is exclusivity. The company will offer just 500 units worldwide per year over a three-year run, meaning you're unlikely to run into another one at your local grocery store. But exclusivity aside, you're also getting a car that genuinely excels in virtually all aspects.

The Polestar 1 is a standout star and a stellar first step for an “upstart” brand. Seamlessly able to blend comfort, performance, and stunning good looks into a single package, the Polestar 1 is as much a civilized city car as it is a genuinely competent sports car. If this is just the start for Polestar – and a hell of a start it is – we can't wait to see what the future holds. 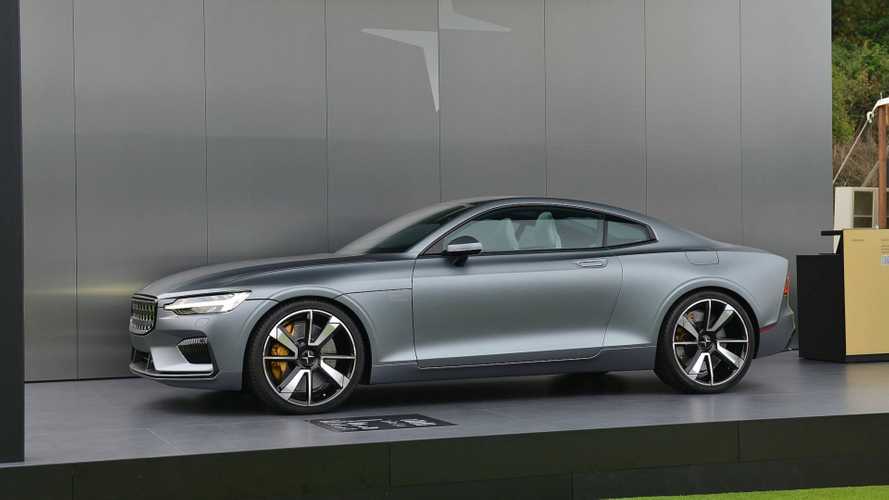