The Maserati GranTurismo debuted 11 years ago in 2008, and it’s still on the market, albeit with a few updates. We recently spent time with the GranTurismo MC Convertible, a nearly $200,000 droptop version of the GT that’s attempting to stay relevant among a group of younger, more updated competitors.

While the Maserati still has undeniable sex appeal and an ability to turn heads, the beauty does not extend beyond the surface. Even with its wonderful V8 soundtrack, the rest of the powertrain is a total letdown – especially the clunky six-speed transmission. Long story short, this Maserati is ready for retirement. 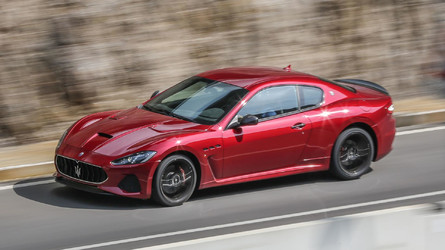 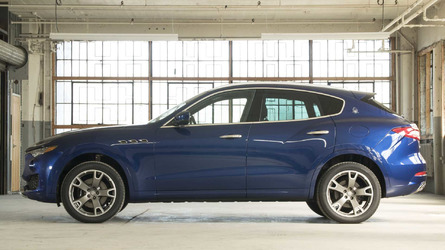 There’s no denying that this Maserati’s single greatest attribute lives beneath the hood. In today’s world of rampant turbocharging and cylinder downsizing, there’s something so unapologetically romantic about the sound of a naturally aspirated Italian V8. The 4.7-liter mill puts out 454 horsepower, which sends the GranTurismo to 60 miles per hour in a relatively unimpressive 4.8 seconds, which is bested by just about every other sports car in the segment. Though, the Maserati screams and shouts all the way there. Put the car in Sport mode and the noise becomes good enough to almost forget the other shortcomings. Almost.

We spent most of our time with the Maserati cruising through South Florida in prime convertible weather. Even in the presence of Lamborghinis, Bentleys, and the occasional hypercar, the Maserati attracted an impressive number of cell phone cameras. Give some credit to the shimmering Bianco Birdcage white paint (a $10,500 option), or just the car’s silky smooth body lines. Either way, even after the GranTurismo’s 11th birthday, it still draws attention as good as any of its competition.

Though the GranTurismo’s interior feels about as antiquated as your grandmother’s living room, there is one detail worth applauding: the fantastic leatherwork. Our test car wore in-your-face bright red leather on the seats and door panels. It looks, feels, and – honestly – smells fantastic. Especially with the top down, the well-dressed interior is on display for all to see. If you opt for the soft-top version, the red leather is a must-have.

One of the GranTurismo’s most glaring issues is its chassis. Especially in soft-top form, the structural rigidity is nothing short of appalling. Around corners and over bumps, the Maserati creaks and shakes like it was built in a backyard. Though we haven’t sampled the coupe version lately to compare, this convertible is woeful when it comes to chassis strength, and the driving experience is worse because of it.

Set aside the epic leather in the GranTurismo and what you’re left with is an interior that would struggle to impress at $50,000, let alone four times that. There’s an 8.4-inch center display with a version of FCA’s Uconnect software, however, it proved more of a burden than a benefit. The screen froze regularly, even shutting off completely on more than one occasion. There isn’t a digital gauge cluster or head-up display to help, either. The Maserati throws things way back with its interior, but not in a way that is charming or refreshing. It’s the single biggest reason to make you think, “is this worth the money?”

Speaking of money, this GranTurismo MC Convertible stickers at $197,012, which is $32,032 more than the car’s $164,980 starting price. This eclipses the Mercedes S560 Convertible’s starting price by more than 30 grand and the BMW M850i Convertible’s by more than 40 grand. Both of those competitors offer better technology, a more engaging driving experience, and equally-engaging styling. Simply put, the Maserati offers little beyond its good looks, especially considering the money that it commands.