Lincoln’s quest to reinvent itself from the ground-up soldiers on with each model it replaces. Starting with the flagship Navigator SUV, and continuing with the recent full-size Aviator crossover SUV, the brand is slowly chipping away at long-standing stigmas and preconceived notions that the Lincoln badge is synonymous with retirees. 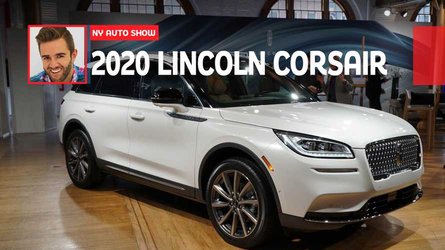 Video: 2020 Lincoln Corsair Has Big Style In A Small Package 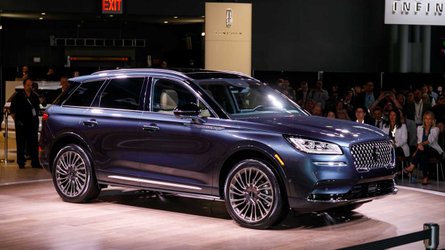 The 2020 Lincoln Corsair is the brand’s latest attempt to reverse the status quo while making a big statement in the popular compact crossover SUV segment. Although the Corsair will face challenges courting buyers in this space thanks to stiff competition, after our first drive, that may be the Corsair’s biggest hurdle to success.

Though the Corsair is a new vehicle for Lincoln, it fills the spot in the lineup left by the outgoing MKC. That said, the jump in quality between the two cars is astounding. The Corsair’s dimensions differ from the MKC in all the right ways. Its new crossover is one inch lower, one inch wider, and an inch longer with that extra length going in its wheelbase. Collectively, this results in more striking proportions relative to its predecessor.

Many of the larger Aviator’s elegant lines carry over to the petite Corsair, including a bold character at the beltline that runs the length of the car. Details such as optional 20-inch ten-spoke wheels with their flashy design, command attention, too. However, it’s the slightly-tapered roofline with the beautiful rear spoiler that solidifies the Corsair as a looker (for me, at least).

Speaking of design improvement, it’s worth acknowledging how different the Corsair looks from its cousin, the Ford Escape, with the two crossovers sharing a modular platform. Even with nearly identical footprints, the two crossovers share little in common, visually. The same can be said of the Corsair’s cabin, where the quality of materials and overall construction are a stark contrast to the Escape’s plastic-covered innards.

It’s worth acknowledging how different the Corsair looks from its cousin, the Ford Escape.

Inside, the Corsair keeps things simple with an attractive trim piece that extends from the steering wheel on to the passenger window. The door panels, center console, and certain portions of the dash are lined in soft leather that nicely complements either wood or metallic trim pieces. Not to be overlooked are the optional 24-way power seats, which allow a simply ridiculous number of adjustments. However, the standard 10-way seats offer plenty of comfort and support, making the optional thrones seem a bit over-the-top. A nicely bolstered rear bench is much more roadtrip-friendly than the rear bench of a competing Audi Q3.

Every Corsair comes standard with an 8.0-inch touchscreen that includes Apple CarPlay and Android Auto, as well as sought-after features like push-button start and a second row that slides fore and aft up to six inches (like in the Escape). The latter feature affords the Corsair 27.6 cubic-feet of cargo space behind the second row, a considerable amount more than the 17.7 cubes in the Lexus NX, but less than the 29.5 in the Acura RDX.

Even with nice materials and some great base content, the best interior components are (unfortunately) all optional. This includes the 12.3-inch digital instrument cluster, which is part of the $2,750 Technology package, 24-way power front seats ($1,100), and an exceptional 14-speaker Revel audio system, which comes in Reserve models and up. Dig deep enough into the configurator and the Corsair rockets past its $36,940 base price, with the top-tier Reserve II trim starting at $56,115. While $20,000 in options is eye-watering in a smaller car like this, a loaded Corsair features options that you seldom find in comparable vehicles, such as massaging seats, a power-folding second row, and the ability to use your smartphone as a key.

Drive It, But Don’t Push It

Much of the Corsair’s luxurious personality directly translates to how it behaves on the road. Noise, vibration, and harshness levels are scary good here – easily better an MKC that I recently drove. The Corsair deals with both road noise and engine noise exceptionally well, with both hardly ever entering the cabin.

There are two engines to pick from, both of which are well-mannered and easy to work with. The base turbocharged 2.0-liter four-cylinder puts out a respectable 250 horsepower and 280 pound-feet of torque, while the optional turbocharged 2.3-liter engine packs on a bit more with 295 horsepower and 310 lb-ft. Both engines work with an eight-speed automatic transmission, with power going to the front wheels as standard and all-wheel drive as an option on the base engine cars. Fuel economy is rated at 22 miles per gallon city, 29 highway, and 25 combined for the front-drive 2.0-liter car, while the all-wheel-drive Corsair – available exclusively with the 2.3-liter engine – achieves 21 city, 28 highway, and 24 combined.

During our drive from San Francisco to the seaside town of Carmel, Calif., we encountered long stretches of highway, twisty mountain roads, and brief encounters with Pacific coastline roads.. But none of those conditions revealed the Corsair as a driver’s car. Leave that to competitors such as the Acura RDX and Audi Q3. But the Lincoln offers a more tranquil experience from behind the wheel.

Power from the base engine, even while hauling its optional all-wheel-drive system, is adequate enough for me to recommend passing on the 2.3-liter.

Power from the base engine, even while hauling its optional all-wheel-drive system, is adequate enough for me to recommend passing on the 2.3-liter, an engine that requires not just the pricier Reserve trim, but all-wheel drive and the $4,150 Reserve I package. With both units, the torque on offer is enough to shove the roughly 3,800-pound Corsair along without issue. In the corners, however, the weight is noticeable with the car resorting to substantial understeer with any spirited turn of the wheel, even at low speeds.

Though handling is not the Corsair’s strong suit, the ride quality is an absolute highlight, soaking up just about every road imperfection (speed bumps included) with grace and poise. Adaptive dampers are available for a reasonable $700, but the stock setup sorts things out exceptionally well.

Nothing about the Corsair’s driving behavior jumps out at you, which is really the best compliment I can level. Everything works together quietly in the background to create an easy, fluid driving experience.

A Case for Corsair

Taking some of the magic from its larger, higher-end models and translating those qualities into a compact package isn’t necessarily easy, but the 2020 Lincoln Corsair pulls it off. While the car may be missing some of the edgy character that younger buyers typically seek with this segment, the elegant design, thoughtful interior, and generally pleasing character should be enough to make shoppers consider Lincoln.

The brand still has plenty of work to do with ridding itself of decades-old stigmas in the eyes of many consumers, though. But with Navigator, Aviator, and now Corsair representing three marks in the W column, it’s clear the company is on a path toward success.