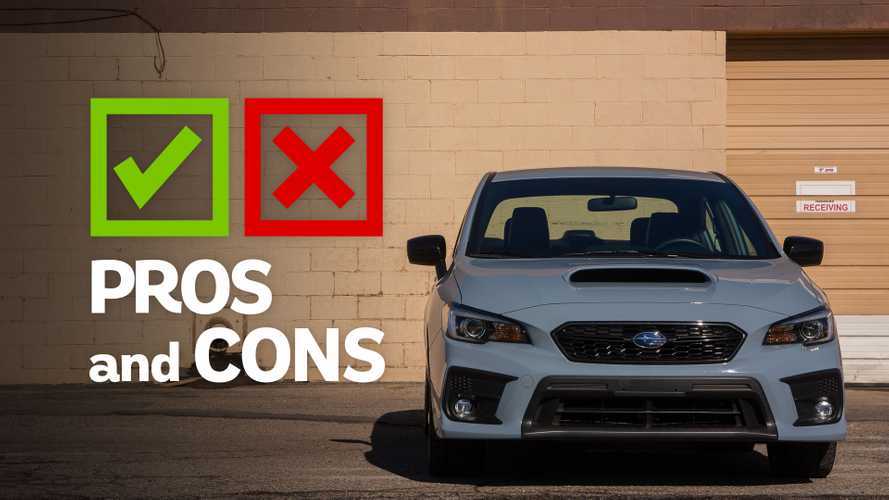 The Subaru WRX is getting on in years, but it’s every bit as capable as the day it rolled onto the stage at the 2013 Los Angeles Auto Show. Packing a turbocharged flat-four engine, a six-speed manual transmission, and a four-door body, the WRX ditched the Impreza moniker and hatchback bodystyle for model-specific bodywork and a renewed lease on life. While fervor for the WRX has moved on to its eventual adoption of the Subaru Global Platform that so effectively underpins the Ascent, Impreza, Outback, Legacy, and Forester, there’s still some fun stuff happening with the current WRX.

That fun comes in the form of the Series.Gray, the latest in a collection of WRX and STI models to adopt limited edition colors. Following a similar theme to the Series.HyperBlue, the Series.Gray is largely aesthetic in nature, draping the car in Cool Gray Khaki paint (borrowed from the Crosstrek) and adding black 18-inch alloy wheels, black badges, and black mirror caps. Beyond those changes, though, it’s a WRX Premium with the optional Performance package. In a nod to enthusiasts everywhere, Subaru is only offering the Series.Gray with a six-speed manual transmission.

Considering the modest changes, it’s little surprise that this WRX is exactly as enjoyable as previous versions. It’s just a little bit cooler and more exclusive.

The party line at Motor1.com might say the only good WRXs are painted in World Rally Blue and feature gold BBS wheels (a combo you sadly can’t even get from the factory nowadays), but there’s definitely nothing wrong with Cool Gray Khaki and black wheels. In fact, if you want to stand out, this limited-run model isn’t a bad call considering Subaru only sold 750 WRX and 250 WRX STIs in the shade. That said, you’ll be sharing the paint with the equal-parts cool and dorky Crosstrek. In other words, it looks awesome, but the color’s rarity on U.S. roads is open for debate.

The WRX’s turbocharged 2.0-liter flat-four isn’t that powerful in today’s world of 300-plus-horsepower four-cylinders, but with 268 horsepower and 258 pound-feet of torque, this Subaru is still entertainingly quick. But it’s also enjoyably antiquated in the way it delivers power – in giant gobs in between bouts of turbo lag. Unlike the effortless turbocharged engines in newer competitors, the WRX asks you to think, keep the revs up, and then drive strategically. It’s fun to keep this engine on the boil and is more involving because of it. It’s also worth noting that this engine is significantly more powerful than the more modern inline-fours found in the WRX’s rivals: the Honda Civic Si, Volkswagen Golf GTI, and Mini Cooper S Clubman.

The WRX may not get the fancy 11.6-inch touchscreen featured in the new Legacy and Outback (although we’d bet our bottom dollar the next WRX will get it), but the 7.0-inch display in the WRX is still quick and wisely laid out. It includes both Apple CarPlay and Android Auto compatibility, physical knobs for adjusting the volume and tuning the station, a healthy level of configurability, and available downloadable apps. Despite the WRX’s age, this is a good, modern infotainment system.

Subaru’s flat-four engines make one of the most immediately identifiable sounds of any car… if you install an aftermarket exhaust. From the factory, the WRX simply isn’t loud enough. From outside or from within the cabin, the engine’s bassy, familiar rumble is basically absent. Give us pops and bangs and let the flat-four sing, Subaru. Or at the very least, figure out how to charge for a noisier factory exhaust and save owners the expense of ordering and installing a system from Borla or Cobb.

This is a long-running issue with Subaru: the six-speed manuals on the WRX and WRX STI simply aren’t very good. Notchy, tough gates pair with a vague clutch and lazy throttle response. Taking off is a challenge, but so is executing a smooth gear change or rev-matching on downshifts. Is it bad enough to order the optional CVT? No, not exactly. But if you’re cross-shopping the Subaru with a manual-trans Civic Si or GTI, the difficulty of the WRX’s six-speed is definitely a mark against it.

We sincerely hope the next WRX is available as a five-door hatchback, because the sedan-only body gives up quite a bit of versatility compared to rivals. The sedan’s trunk offers just 12.0 cubic feet of space. Go with a Volkswagen GTI, though, and there’s nearly double the space (22.8 cubic feet) before folding the seats down. Even a four-door competitor, like the Civic Si sedan and its 14.7-cubic-foot trunk, bests the WRX. 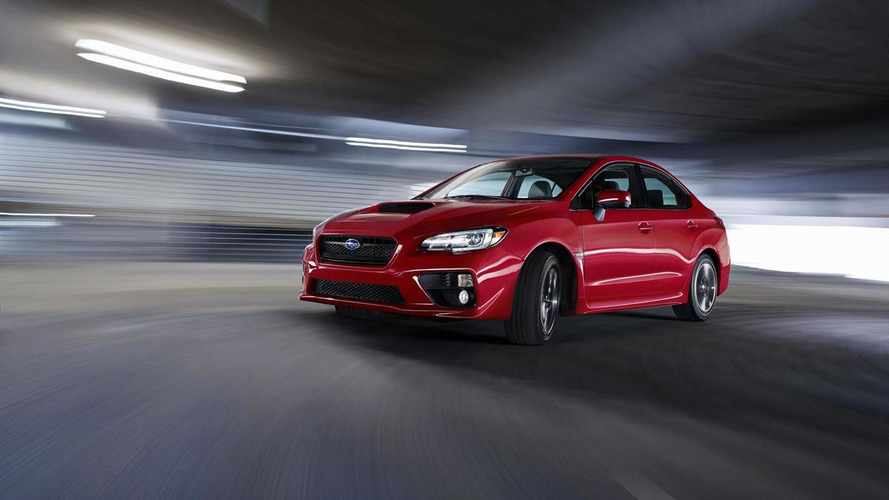