Lexus’s mid-size SUV gets an upgrade to bring its look, if not its mechanicals, into the modern era.

While other luxury automakers have ditched body-on-frame SUVs for unibody crossovers in the mid-size class, Lexus continues to show no sign of abandoning the production method. In fact, the Lexus GX 460 is the only SUV in its segment to utilize the truck-like construction practice.

For the 2020 model year, the GX 460 leans into its antiquated ways by emphasizing the off-road benefits of its assembly process with the option of a new Off-Road package, which adds a surround-view camera system that affords multiple camera views, a transmission cooler, additional fuel tank protection, and the brand’s crawl control and multi-terrain select systems. Limited to the Luxury trim level, the Off-Road package’s crawl control function works like low-speed cruise control and maintains one of five set speeds by automatically modulating the accelerator and brakes. The function is only available with the vehicle’s two-speed transfer case set to Low, though.

Meanwhile, multi-terrain select offers a number of off-road drive modes designed to optimize the flow of power to the GX 460’s four wheels for a number of specific conditions, including for driving on rocks, mud, sand, and moguls.

Unfortunately, I’m unable to test the updated GX 460’s additional off-road credibility along the freshly paved roads of Costa Rica’s Route 253 and 254. Located east of the sparkling blue water that blankets the Gulf of Papagayo, the fresh asphalt emphasizes the cushy ride and quiet cabin of the three-row Lexus. It’s easy to understand why this is the brand’s fourth best-selling model in the United States six months into 2019.

With a high-quality cabin, a commanding seating position, and a standard 301-horsepower 4.6-liter V8 engine, the GX 460 exudes luxury and capability from the driver’s seat. Thanks to new interior details such as Gray Sapele wood with aluminum trim for Premium and Luxury models, a three-spoke steering wheel, and a revised gauge cluster, the GX 460’s cabin is now an even nicer place to spend time.

Don’t judge this SUV’s innards by its decor, though. Look past its tightly screwed together panels and high-grade materials, and the GX 460’s interior’s ergonomic flaws show through. The most egregious faults are in the center stack. Here, Lexus employs a dated touchscreen infotainment system that’s slow to respond to inputs, relies on low-quality graphics, and buries simple functions within confusing on-screen menus. For example, changing the fan speed for the climate control system requires digging into an on-screen menu despite just about every other climate function offering physical, dash-mounted buttons.

Instead of investing in improved infotainment and climate control systems, Lexus spent development dollars to slightly alter the GX 460’s exterior with new triple-beam LED headlights and a revised spindle grille. The changes are small, and neither make the SUV any more or less attractive than before, although the available Sport Design package adds a touch of extra aggression to the model by incorporating a special lower-grille treatment, rear valence, side mirrors, 19-inch wheels and tires, red taillights, and a black exhaust tip. The package also replaces the standard three-across second-row bench seat with a pair of bucket seats.

Still, the Sport Design package’s visuals are certain to write a check the GX 460’s mechanical bits can’t cash. The SUV’s nose dives deeply with each tap of its mushy brake pedal, while its body leans and 18-inch all-season tires squeal through Route 254’s tight turns – even with the available adaptive dampers set to Sport mode. Additionally, the slow and over-boosted steering offers almost no feedback, and the six-speed automatic transmission is slow to downshift on the uphill sections of the journey. No matter how you slice it, the Sport Design package’s bigger wheels and tires won’t fix the GX 460’s on-road inferiorities.

Yet, the GX 460’s allure is more visceral than simple dynamics. It’s the last of a dying breed of mid-size, body-on-frame luxury SUVs, and for many consumers, the GX 460’s go-anywhere ability, old-world charm, and three-row seating are an enticing combination. The addition of an Off-Road package and newly standard advanced safety and convenience features such as automatic front braking with pedestrian detection, lane-departure alert, automatic high-beam headlights, and adaptive cruise control are sure to make the GX 460 even more appealing to those who embrace its dynamic flaws. That said, those who don’t plan to off-road their mid-size luxury SUV, or find the GX 460’s old-world dynamics unappealing, are sure to prefer the car-like comforts of a competing crossover. 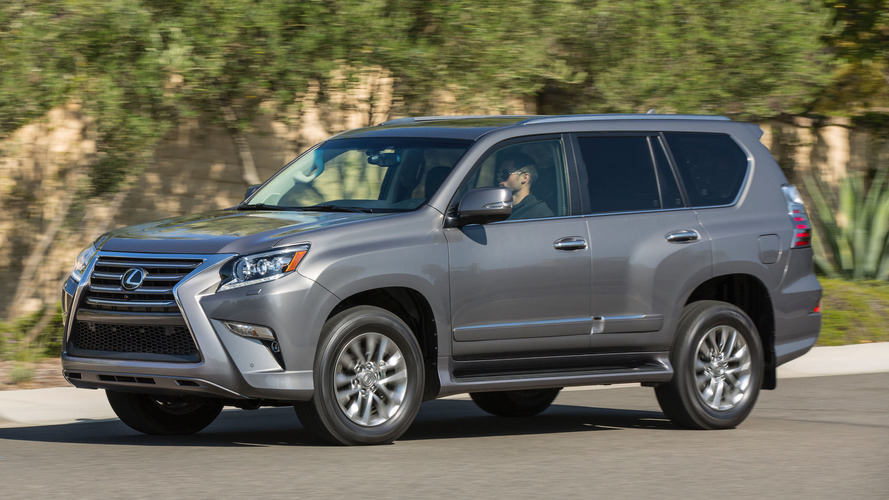