Performance badges are as recognizable as the vehicles they’re affixed to. The alphabet soup that is AMG, M, R, RS, SRT, STI, and TRD may not mean much to the average passerby, but to those who care about what lies under the hood and how a suspension is tuned, they mean something. At least they used to. 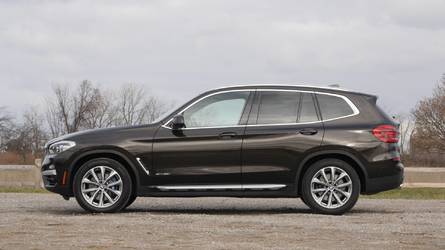 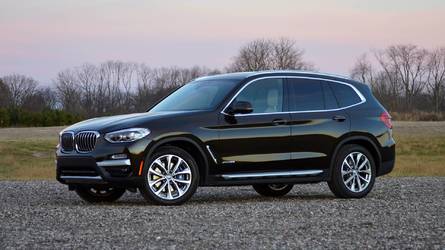 Like everything else, cars are a business and there are profits to be made, and there’s lots of money to be made attaching famed badges to less-than-inspiring cars for the folks that just want to look sporty. And increasingly, these style packs masquerading as performance gear are coming on crossovers.

That brings us to the all-new 2020 BMW X3 and X4 M and M Competition, slated to arrive in dealerships this summer. “Great! More performance crossovers”, you eye-roll. While your dismissal may be justifiable, sales are sales and the crossover is still king. But this crossover isn’t just posing – because there’s a lot more here than just stickers and fake vents.

Okay, maybe one fake air vent. But only one! It’s behind the front wheel arches and could very well be just for badging purposes. Everything else vent related is about increasing air flow into the new 3.0-liter six-cylinder engine, which features two turbochargers.

Exploding all this air in the 3.0-liter straight-six nets 503 horsepower and 442 pound-feet of torque for M Competition models. Getting to 60 mph takes 4.0 seconds. As for the standard X3/X4 M, power drops horsepower to 473 and slows acceleration time by 0.1 seconds. And if you’re wondering, the engine shared by the X3 and X4 M/Competition is 90 percent different from what’s currently in the M3 and M4. So there.

The engine shared by the X3 and X4 M/Competition is 90 percent different from what’s currently in the M3 and M4.

But do you really want to put a crossover on the track? As extra as it sounds, the BMW X3 M Competition actually felt right at home. I was admittedly hesitant at first, knowing how top-heavy crossovers can feel on the road. Why would the track be any different? A rear-biased all-wheel drive system, increased chassis stiffness, an adaptive M suspension, and M compound brakes may have something to do with it.

About 100 miles northwest of New York City is Monticello Motor Club, where BMW gave us full reign of the 3.6-mile road course. After going seven torso-tightening familiarity laps with a BMW pro driver (in the backseat, mind you), we did seven laps of our own. Although it was standard lead-follow fare, as our chaperone gauged our comfort, our speeds climbed along with our lap count. And to be honest, I got tired.

I am nowhere near as fit as a racer needs to be, but the X3 M Competition is. Cornering was easy, with lots of grip wherever and whenever you needed it. Outfitted with an M-specific strut brace package, model-specific rear axle controls arms, and the right amount of damping, the 4,620-pound crossover never felt like too much to handle.

The X3 M Competition offers two customizable driving pre-sets, like any other M car. The bright red buttons sit intuitively on either side of the steering wheel near the paddle shifters and allow drivers to rapidly swap the setting for the exhaust note, suspension, and steering between Comfort, Sport, and Sport+. For our track session, our pre-determined setup was Sport+ for all but the steering, which was left in Comfort.

Referencing back to my out-of-shapeness, BMW already offers a stiffer-than-the-norm steering feel so having it in Sport+ mode for an extended period of time would’ve equated to a new bicep and triceps workout.

Even though all X3/X4 Ms feature an 8-speed automatic, BMW tuned its gears for high speeds and we never needed more than sixth. When we bothered to look at the speedometer, we peaked at 122 mph on the straight, while our more experienced BMW pro was pushing past 130 on the orientation laps. With one hand on the steering wheel. And another talking on a radio. We doubt he was even trying. But that’s just the kind of confidence BMW’s latest M models instill, crossover body be damned.

So it’s worth the M badge on the track, but what about In a real-world, country-living test drive where you’re more concerned with everyday comfort, style, and luxuries? A few things about the X3 come to light.

The X3 M Competition isn’t as quiet cabin-wise as competitors. And the engine note during everyday driving, whether through suburbia or on the highway, is more a chorus of drones than the neighs of 503 horses. The sound is neither appealing or annoying; it’s just there.

The interior does offer a high amount of leather and soft touch surfaces. Our test vehicle featured two-toned M Sport seats. Black was the underlying color with tasteful beige inserts appearing in the seats and door panels. These were matched with contrast stitching throughout the cabin. Carbon fiber inserts also appear within door panels and in the center console.

The engine sound is neither appealing or annoying; it’s just there.

And being race-inspired seats, the backs are made of a hard foam. As car-seat kiddies are prone to kicking, expect a lot of toddler-sized scuff marks. But it’ll buff out, which parents will appreciate. (This is still a family car, after all.) Dirty sneakers on the back of a fabric or leather upholstered seat require more elbow work to clean.

The seats also feature power-adjustable controls for all but the thigh support, which is manual. The side bolsters will keep those of average and above build quite snug. More slender occupants will enjoy some wiggle room, which may be a blessing on the street but not on the track.

It’s one thing to be tossed around during exuberant cornering as a passenger. But when you’re the one gripping the steering wheel, being tightly ensconced within the seat is preferred in order to fully enjoy the hairpins.

Visibility in the X3 M Competition is better than in its coupe-styled X4 sibling (no surprise there), but you’ll still find yourself relying on the safety features more than you should. Both models are equipped with tiny rearview mirrors, which do perfectly frame the rear windshield. But in the X4, no matter where you position your head, all you see is the rear window surrounded by absolute darkness. And depending on the height of your seat and of your rear passengers, you might not even see each other. In the X3, the claustrophobia is less intense as flashes of daylight make an occasional appearance.

Overall driving comfort is of the BMW variety. Even when all settings are tuned to Comfort, the X3 M Competition does not maneuver like a grand tourer. It wants to go. Well, except for the turbo lag when at a standing stop. The lag is evident and can be a bit alarming as you expect the vehicle to spool the torque quickly like it does when already at speed. But it doesn’t. A minor demerit, like the other quibbles we have with it. (Don’t get us started on the gesture control feature.)

In a world of increasingly common performance-badged posers, the 2020 BMW X3 M and M Competition are worth the badge.

So, in a world of increasingly common performance-badged posers, the 2020 BMW X3 M and M Competition are worth the badge. And regardless of how you feel about sports-cars-turned-crossovers segment, in the case of BMW, it’s just keeping a ravenous U.S. market fed.

BMW sold over 100,000 M-brand vehicles around the globe in 2018, more than two years ahead of the company’s sales schedule. The majority of those sales were in the U.S. and with the X3 M40i as the best-selling M vehicle. Now with a legitimate performance version instead of an add-on parts package, the X3 gives luxury buyers another option when they need a larger vehicle because of household duties but want track-day capabilities because, well, nobody has time to wait for an empty-nester sports car.