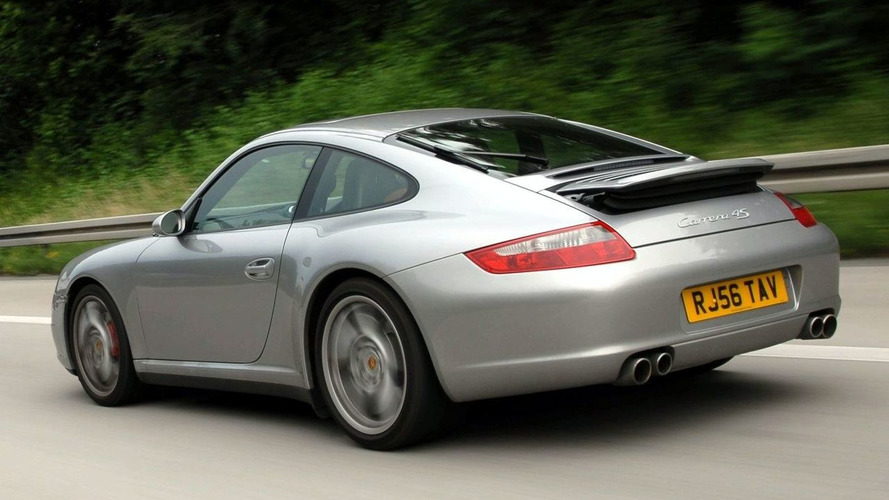 We asked a lot of our steed as we hunted for a de-restricted Autobahn to truly unleash the full 355bhp and chase the horizon like bloodthirsty devil dogs.

Best every-day-car in the world

It was the journey back from our epic voyage that truly proved the strengths of the Porsche Carrera 4S as perhaps the ultimate every day car in its social weight class. With torrential rain falling sideways from the sky the dependable Porsche ploughed a constant furrow through Belgium to the welcoming sight of a P&O Ferry at Calais and carried us to a safe journey home after 2500 miles at the wheel.

The child within says that the GT3 is more fun, but it comes with in-built consequence. The lightweight RS-model two rows behind us at the ferry port had just made it into France when their road rocket spun at a roundabout and buried them in a wall. While they limped back to Britain with a chunk of wheel rubbing against the tyre and the wing hanging off to return the car to the driving club from whence it came, the 4S never put a foot wrong.

And we asked a lot of our steed as we hunted for a de-restricted Autobahn to truly unleash the full 355bhp and chase the horizon like bloodthirsty devil dogs. With the environmentalists looking hard at the lack of German speed limits as a contributing factor to global warming and European laws homogenising over time then there is little hope for the Autobahn’s future.

The days of howling down the left-lane at whatever speed your steed will carry you are limited, so we had to enjoy it one last time, preferably behind the wheel of a Porsche. The Carrera 4S is as dependable as the 911 line-up gets, but with 0-60mph time of 4.8s and a top end speed of 179mph it’s plenty quick off the mark.

So, with our weapon of choice, we set off in earnest to celebrate the Autobahn before it’s taken away. Even if going fast hadn’t been part of the brief, the Porsche would have stretched its legs every single time the distinctive de-restriction signs came forth. This car offers an addictive slug of acceleration and doesn’t even need a change down the six-speed box to access the huge spread of torque. As it has just 295lb/ft on offer, Porsche has clearly worked wonders with the spread.

The 3.8-litre flat six engine positioned over the rear wheels is normally aspirated in the Carrera range and benefits from four decades of development on road and track. It is without doubt one of the finest powerplants in the world and should by rights take its place in engineering folklore. Basically it’s in the wrong place, hung out the back in total defiance of the laws of Physics.

Yet with years of practice and the advance of electronic technology Porsche has managed to create a car that it’s almost impossible to spin and takes almost no skill to drive fast. Time and again we were shocked as the car took just fingertip control at speeds of more than 140mph.

The wind roared its protest as the car cut a swathe, other cars flew back at video game speeds and the flat six found its voice in the latter half of the rev range as the scenerymelted outside the window. Yet contained within the plush seats, the car felt like the eye of the storm from the inside. It was unhurried, unruffled, stately even, and proved just how far the 911 has come from its blaring air-cooled days. Yet the car fed back the road surface as if it were brushing a hand across the tarmac.

I’d want the rear-drive only Carrera 2, rather than the four-wheel drive, but the general Porsche customer will hardly ever push this car hard enough to engage that viscous coupling and send the power to the front wheels.

Thrown into bends it retains the rear drive attitude until things are out of hand, at which point the average banker that has punted their bonus on a fast car will be delighted that it has found a way to stop them crashing. Sadly it means that when pushed beyond the limit this car will plough into understeer and you’ll have to provoke it with a pointy stick to push the rear out in a major way. It can be done, but it’s almost harder than crashing the car, which is almost impossible in itself.

At speed it’s even better, caressing the apex like a vice nuzzles against a grape. It is so utterly refined at speeds that would blow the engine of lesser machines it’s hard to imagine how they could improve upon the base 911. They have, of course, the Turbo is the absolute pinnacle of relaxed, rocket ship transport, but then that commands serious premium over the £71,980 Carrera 4S.

The Carrera is much less blinged-up than the ever so slightly overdressed Turbo, too, with those LED indicators in the front end banished along with the hamster cheek spotlights. The Carrera’s front end offers a much simpler, more elegant and more Porsche-like look to proceedings and its naturally muscular flanks look just fine without a bi-plane rear wing. This is the core shape that has evolved over 40 years of 911 production and arguably the most resolved and fluid looking deign in the line-up.

The Turbo is the ultimate everyday supercar, but then you’ve still got to be seriously wedged up to cover the fuel bills, insurance and basic purchase price. The Carrera 4S is still on the expensive side, but it’s just about the best every day car in the world for the money and anyone that disagrees would do well to point out the alternatives.