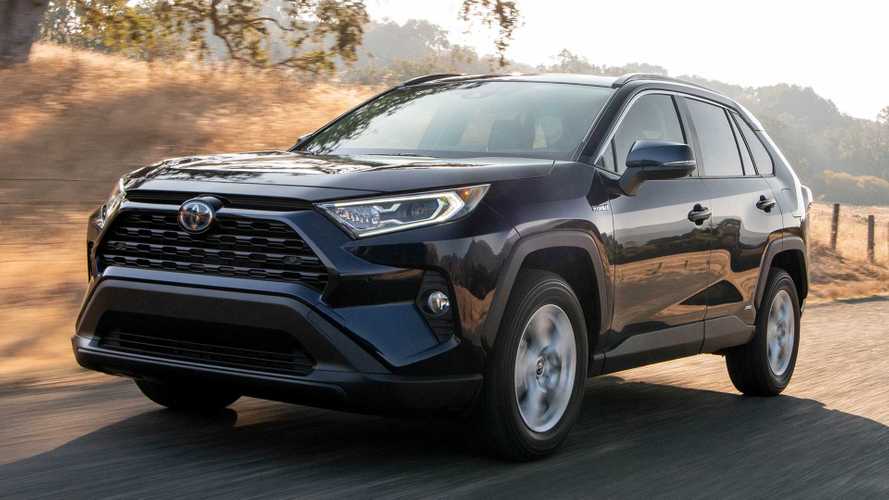 The quickest RAV4 is a hybrid.

It turns out there is a replacement for displacement, and it comes in the form of electrification. Rather than place a larger engine under the hood of the new Toyota RAV4 crossover SUV, the Japanese giant once again opts to pair the model’s 2.5-liter inline-four-cylinder engine (now running the more efficient Atkinson cycle) with a trio of electric motors (two at the front and one at the rear axle). The all-wheel-drive powertrain is good for 219 horsepower – 16 more than the 2.5-liter inline-four powering the standard model and 25 more than the previous RAV4 Hybrid – and makes the 2019 RAV4 Hybrid the quickest variant of the compact crossover SUV.

Of course, quick is a relative term and the Hybrid’s estimated 7.8-second trot to 60 miles per hour is nothing to write home about. Still, it hits the mile-a-minute mark almost a half second ahead of its less powerful stablemate, and thanks to the immediacy of the electric motors’ torque, it actually feels even quicker than the delta suggests.

A more compact battery pack now lives under the rear seat, rather than the cargo hold, and allows the RAV4 Hybrid to match the available 37.6-cubic-foot cargo capacity of the non-hybrid model, as well as best the prior RAV4 Hybrid’s cargo space by up to 2.0 cubic feet. The rest of the interior is nearly identical to that of the run-of-the-mill model, save for the Hybrid-specific gauge cluster and infotainment menus.

Catering to the model’s performance edge is the new Hybrid-specific XSE trim, which pairs stylish touches such as black-painted 18-inch wheels and a two-tone exterior paint scheme with retuned shocks and springs. On paper, the RAV4 Hybrid XSE is the enthusiast’s choice. In reality, however, it’s little more than a styling package.

Despite its suspension enhancements, the XSE handles with the same amiable assuredness as the RAV4 Hybrid LE, XLE, and Limited. While the ride is a smidge firmer than its less sporting kin, the XSE still skews more toward the comfortable than the capable.

That said, the RAV4 Hybrid is engaging enough so as not to be a total dullard. As with its strictly gas-sipping sibling, the RAV4 Hybrid rests on the Toyota New Global Architecture (TNGA), which extols the compact crossover with a solid and predictable platform for tackling twistier tarmac. Likewise, the Hybrid’s tiller adds appropriate heft through turns with no on-center slop. Steering feel, however, is noticeably absent, and the brake pedal is both mushy and grabby, although it does transition predictably between regenerative and friction braking.

Steering feel, however, is noticeably absent, and the brake pedal is both mushy and grabby.

The RAV4 Hybrid is at its best when puttering about like the fuel miser that it is. Toyota expects the new model to achieve 41 miles per gallon in the city, 37 mpg on the highway, and 39 MPG combined – an estimated 15, 4, and 10 mpg better, respectively, than the most efficient non-hybrid 2019 RAV4 with all-wheel drive. For what it’s worth, the new RAV4 Hybrid achieves seven mpg better across the board than its predecessor. Meanwhile, its closest competitor, the Nissan Rogue Hybrid, returns an EPA-rated 33 mpg city, 35 mpg highway, and 34 mpg combined. Add all-wheel-drive, and those figures drop to 31, 34, and 33 mpg.

Driven gently, the RAV4 Hybrid operates with quiet competence. A 30-percent increase in torque from the rear-axle motor allows the compact crossover SUV to get off the line more fervently and precludes the powertrain from regularly relying on its gas engine during low-speed acceleration.

Upon firing up, the four-cylinder is an affable partner for the three electric motors, one of which collaborates with the engine by way of a planetary gearset and mimics the actions of a continuously variable transmission (CVT). The various electronics effortlessly juggle the transition from electricity to gasoline propulsion, and the Hybrid’s powertrain never feels caught off guard. Boot the throttle, though, and the generally quiet 2.5-liter engine lets out a groan that fills the generally hushed cabin.

While towing isn’t the RAV4 Hybrid’s forte, the crossover is rated to tow up to 1,750 pounds. Ample enough for the segment, but a far cry from the 3,500-pound towing capacity of the gas-only RAV4 Adventure.

With a starting price of $27,700, the entry-level 2019 Toyota RAV4 Hybrid costs $800 more than the less powerful and thirstier RAV4 with all-wheel drive. Like its non-hybrid sibling, the RAV4 Hybrid also comes standard with active safety features such as a pre-collision system with automatic front braking, lane-departure warning, lane-keeping assist, a lane-centering system, and automatic high-beam headlights (bundled under the Toyota Safety Sense 2.0 umbrella). A touchscreen infotainment system with Apple CarPlay compatibility (but not Android Auto) is also standard. For comparison’s sake, the 2019 Nissan Rogue Hybrid starts at $26,600 but does without standard features such as adaptive cruise control and all-wheel drive.

Although the entry-level RAV4 Hybrid LE, mid-line XLE ($29,500), and luxurious Limited ($35,700) will surely serve as the cornerstones of the lineup, it’s the new XSE trim’s ($33,700) distinct style that’s sure to grab the public’s attention, even if its dynamic advantage is minimal at best.

Fortunately for Toyota, the RAV4 Hybrid’s reasonably peppy and fuel-efficient powertrain, comfortable cabin, and additional cargo room are things that both eco-conscious and more performance-minded consumers can all get behind. With such a small difference separating the cost of the RAV4 Hybrid from the all-wheel-drive RAV4, the quicker and more fuel-efficient gasoline-electric model seems the better option for consumers in search of a compact Toyota crossover. Nevertheless, those willing to sacrifice all-wheel-drive will arguably be better served by the front-wheel-drive RAV4, which, at $25,500, is $2,200 cheaper than the Hybrid. The 2019 Toyota RAV4 Hybrid goes on sale in March. 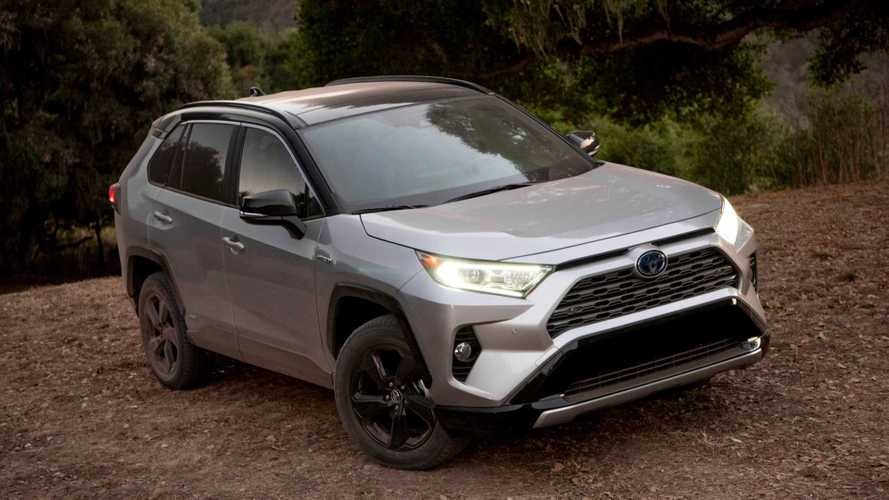