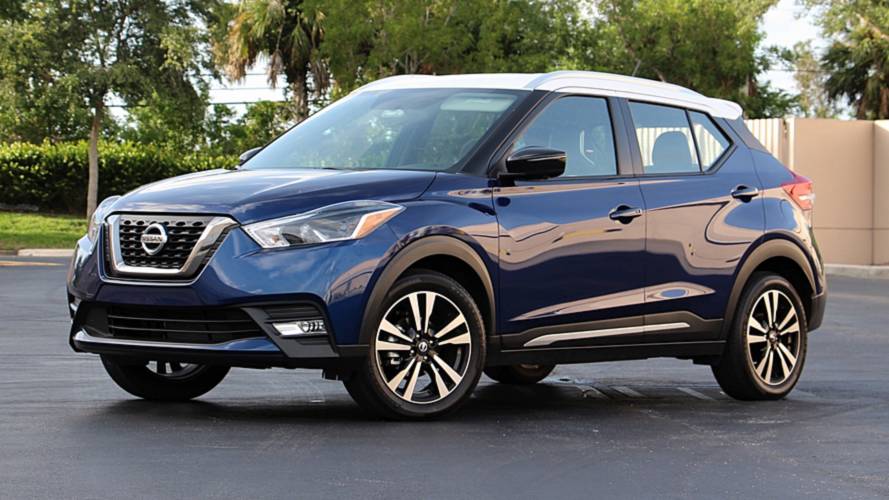 Kicking around the idea of a subcompact crossover? Run to your local Nissan dealer.

If your sole purpose is to find a vehicle that’s both cheap and fun, look no further. The new Nissan Kicks crossover is stylish, tech-forward, and has best-in-class cargo figures to boot. And for just $17,990, it’s one of the most affordable options in its class.

Nissan Kicks The Juke To The Curb

Overlook the continuously variable transmission and the lack of all-wheel drive, and the Kicks puts its best foot forward.

Heated mirrors, 17-inch wheels, Apple CarPlay, and Android Auto connectivity come standard on this trim, while automatic emergency braking and Siri eyes free are available throughout the range. The only things you’ll have to pay extra for are the $1,000 security system and a $150 two-tone paint job.

The Nissan Kicks follows all the modern design trends – it has a floating roof and an available two-tone color scheme ($150), just like the Hyundai Kona, Toyota C-HR, and Volvo XC40 before it. It’s not the best looking option in the segment, but it’s still stylish; the Kicks blends modern elements with Nissan’s trademark V-Motion grille and familial headlight treatment. The 17-inch wheels (available on SV and above) help enhance the look.

With 17 different two-tone color options (12 of which are available via Nissan’s online Color Studio), the Kicks changes its personality depending on how you spec it. This one wore a dark-blue body and a white roof. Opting for a white-on-black color scheme provides the Kicks a style synonymous with the pricier Volvo XC40, while choosing the red-on-black combination offers a sportier vibe.

The cabin isn’t as funky as the exterior – but that’s not a bad thing. It’s straightforward and stylish, with good materials for the segment. The “Gliding Wing” dashboard is covered in black faux leather with orange accent stitching. The knobs and switches all move with a high-quality heft, the seats wear the same leatherette finish as the dash, though it feels almost as good as the real thing.

The Kicks does suffer from awkward ergonomics, though. The seating position feels too high, the screen is a bit hard to reach, and there’s no center console – just a few cubbies. The driver-mounted armrest is a nice addition (only a handful of vehicles in this segment offer one), but again, it’s positioned too high on the seat for my six-foot frame.

Thankfully, the Kicks has a ton of room (for the segment). Its boasts a best-in-class 25.3 cubic feet of cargo space with the second row in place – better than the Honda HR-V (24.3 cubic feet). It also tops the charts with 33.2 inches of second-row legroom and 38.5 inches of headroom.

The Nissan Kicks features a nicely integrated 7.0-inch touchscreen on all trims. Thankfully, Nissan didn’t succumb to the tablet-style positioning that’s plagued a number of its competitors. Apple CarPlay and Android Auto (on SV and above) are welcomed additions, and per usual, are extremely easy to navigate. The option for manual configuration of the baked-in Nissan system makes the technology more appealing even without them. Regardless, the screen is incredibly responsive to touch inputs and features logical menu structures and crisp graphical displays.

The biggest selling point will be the audio system, though. While other vehicles rarely get such love, Nissan has made it a point to give the Kicks one of the most bangin’ setups around. Eight speakers pump out crystal-clear music – including two in the headrest à la Mazda Miata – that enhance sound from the driver’s seat specifically. It’s like having a private concert in your cabin.

For the segment, the Nissan Kicks feels perfectly punchy. Its 1.6-liter four-cylinder engine produces just 125 horsepower and 115 pound-feet of torque, but its 2,672-pound curb weight (the lightest in class) makes up for the engine’s lack of power. That low curb weight, paired to a light but quick steering rack gives the Kicks a surprisingly spirited personality through corners. No, it’s not as fun as a Mazda CX-3, but it’s tossable and more engaging than you’d suspect.

The bad news: Nissan only offers the Kicks with a CVT and front-wheel drive. That’s not hugely damning considering competitors like the Toyota C-HR are limited to the same basic powertrain combination, but buyers looking for something with all-wheel drive and an automatic option will have to search elsewhere.

The Nissan Kicks is packed with basic safety equipment out of the box. It’s the only subcompact crossover with automatic emergency braking for less than $18,000 – neither the Hyundai Kona nor the Toyota C-HR offer this feature for less than $20,000.

The EPA estimates the Kicks returns 31 miles per gallon city, 36 highway, and 33 combined – which puts it near the top of its class. The front-wheel-drive Honda HR-V gets 28 city, 34 highway, and 31 combined, while the Hyundai Kona gets just 28 city, 32 highway, and 30 combined. But my lead-foot yielded less-than-stellar results; after a week, my Kicks was barely over the 30 mpg mark. 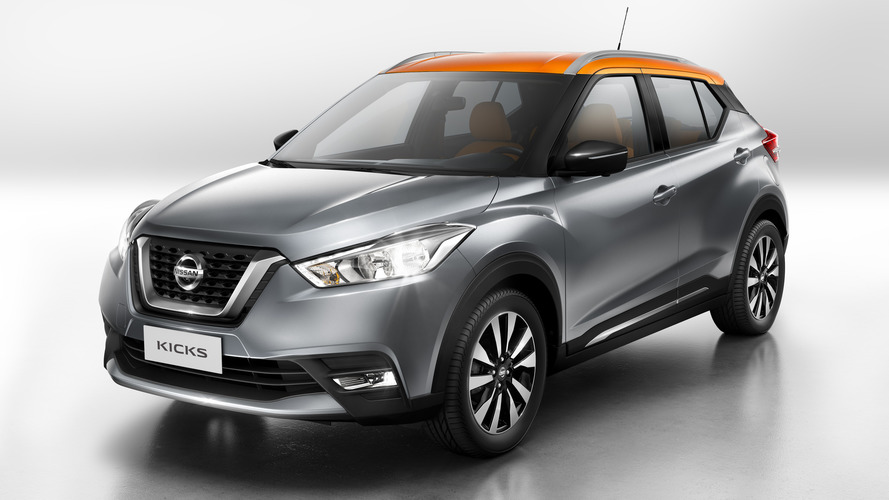 5 Hits And Misses From The 2017 Los Angeles Auto Show