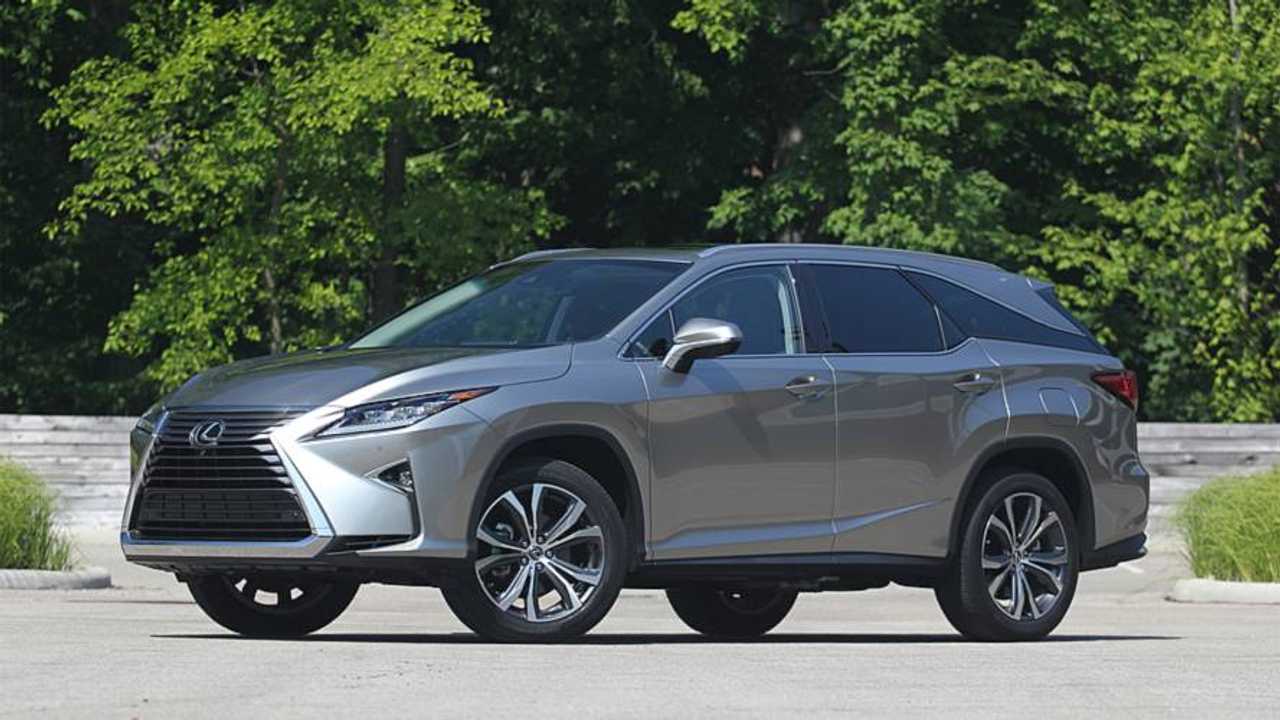 You can now order an extra-long RX with a third row of seating, but should you?

“If you build it, they will come,” is what the disembodied voice whispered to Ray Kinsella on the back of an Iowa breeze in the movie Field of Dreams. It’s also an adage that applies to crossovers in today’s market: if you build one, they will come... and buy it. That’s the simple explanation for why there now exists a longer version of the popular Lexus RX crossover, the RX 350L. Adding two more seats make its that much more appealing, right?

The RX For Families?

With an extra 4.3 inches of length appended to the rear end (the wheelbase remains the same), the RX350L can now ostensibly handle up to seven passengers. However, despite what the spec sheet says, the third row is barely inhabitable by any size human, child or adult. In other words, if you’re looking for a three-row luxury crossover that actually seats seven, you should keep looking.

Lexus exteriors are polarizing these days; you either love them or hate them. In the case of RX 350L, I gave it top marks for originality (seriously, what else looks like this?) but low marks for beauty. Sorry, but its sheetmetal looks like unfinished origami to me.

Also, stretching the RX to accommodate a third row did nothing to help its aesthetic. All that new length was added entirely to the rear overhang (Lexus did not increase the wheelbase), so now its booty is beyond big. This generation RX was not designed initially with a third row in mind, which is obvious when looking at its odd proportions in profile.

Unlike its exterior, the RX 350L’s interior is staid and conservative. Most of the materials, like the leather on the seats, dash, and doors, and the various metal accents around the cabin, feel high quality, though there’s a piece of highly polished and fake-looking wood trim surrounding the center console’s cupholders that needs to go.

The first two rows of seats are the definition of comfortable. The same cannot be said for the appended third row. Back there, the seat bottoms are barely above the floor, so you’ll be sitting with your knees aimed towards the ceiling. That is, if there were any legroom back there to begin with. The second row does slide forward and aft, but the third row has zero inches of legroom when it’s all the way back. If you slide the second row forward far enough for a human being to sit back there, then the second row is rendered practically useless.

Really, despite the addition of a third row, the RX 350L remains what it’s always been: a two-row SUV, but with a much larger cargo area. Even then, the cargo area isn’t that big. With both rows of seating stowed, the RX 350L offers just 70.7 cubic feet of cargo space. The Infiniti QX60 and Acura MDX offer 75.8 and and a whopping 90.9 cubic feet, respectively, and both offer much better and more habitable third rows.

Lexus continues to hamper itself by offering a sub-par technology and connectivity experience in its vehicles. The RX is no exception, and adding the L makes no positive changes in this regard.

For one, Lexus Enform is near the bottom of the barrel among the industry’s infotainment system. Its graphics, speed, and menu structure look, perform, and feel a generation old, which is inexcusable in a mainstream luxury vehicle. Secondly, the input mechanism used to control the system, a mouse-like controller on the center console called Remote Touch, is the worst I’ve ever used. Critics have harangued Lexus over the use of Remote Touch for years, but the brand stubbornly refuses to abandon it.

That said, the RX 350L’s infotainment screen, at 12.3 inches, is quite the display. It’s a shame the graphics displayed on it aren’t equally impressive. Nor is the 4.2-inch multi-information display between the analog gauges. Despite its high resolution, the screen is unimpressive compared to larger, more colorful info displays many competitors offer.

Lastly, Lexus has still not gotten around to offering Apple CarPlay and Android Auto on its vehicles. What are they waiting for?

Like the standard RX 350, the L version is powered by a 3.5-liter V6 producing 290 horsepower and 263 pound-feet of torque. There’s nothing to fault with the engine, as it provides ample power and does so with a quiet that befits the segment. The extra weight from the L’s big caboose doesn’t seem to affect acceleration either, though at 4,619 pounds, total weight now exceeds that of the MDX, QX60, and much larger Buick Enclave Avenir.

As expected, the RX 350L handles like your typical luxury crossover, which is to say acceptably up to a point. It feels stable and composed in normal driving, but corners and sudden changes of direction reveal quickly this isn’t a sport utility vehicle like some German and Swedish competitors. No, the RX 350L earns points instead for its supple ride that soaks up bumps like a luxury sedan.

The limit for towing with the RX 350L stands at 3,500 pounds, which is disappointing considering some competitors, like the aforementioned Acura MDX, offer 5,000-pound limits with similarly sized engines. After all, the L version’s larger cargo hold makes it a much better vacation companion than the standard-length RX 350, so it’s a shame larger toys can’t be brought along, too.

Here’s a category where the RX 350L shines. Every version of the RX, L included, comes with Lexus Safety System+ standard. This equipment group includes a frontal collision warning system with automatic emergency braking, a lane departure warning system with lane keep assist, adaptive high-beam highlights, and radar-based adaptive cruise control. Additional safety equipment like a 360-degree view while reversing, a blind spot-monitoring system, and a rear cross traffic alert system with automatic braking can all be added for an additional $1,865.

Out of all the different RX models that Lexus sells, this one is the least efficient. That’s because it’s the largest, has all-wheel drive, and is powered by a gas engine. The Environmental Protection Agency rates the RX 350L with all-wheel drive at 18 miles per gallon in the city, 25 on the highway, and 21 combined, which is on par with the Acura MDX and Infiniti QX60.

If fuel efficiency is your jam, though, Lexus offers a hybrid version of both the RX and RX L. The RX 450h and RX 450h L achieve markedly better EPA ratings – 30 MPG combined for the standard-length version and 29 for the L – than their gas-powered counterparts.