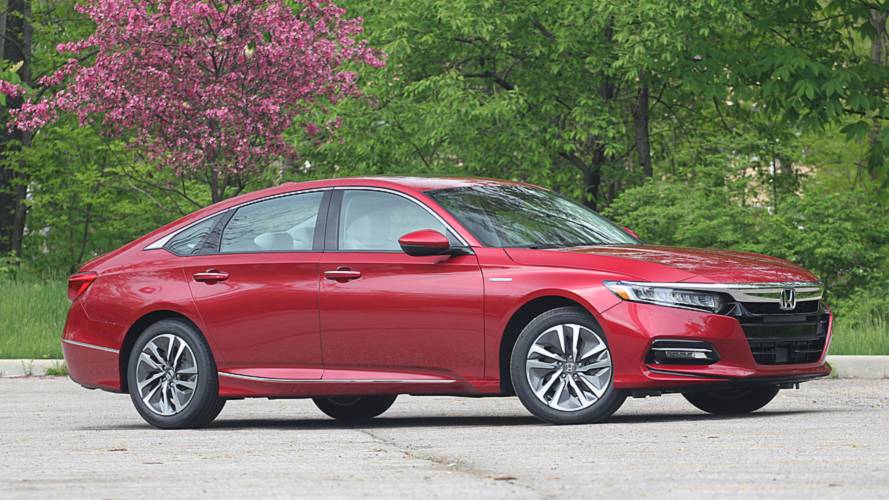 With iterations as good as this, the traditional hybrid deserves to stick around for years to come.

Even while facing an onslaught of plug-in and fully electrified vehicles, the traditional hybrid – that is, one that doesn’t plug-in – doggedly remains. This stop-gap powertrain between dirty old combustion and the ever-impending arrival of emissions-free motoring should be ready to exit stage left as more advanced and even cleaner powertrains wait in the wings.

Yet here we are, some 18 years after Honda first introduced the U.S. to its funny-looking hybrid Insight hatchback, reviewing another all-new hybrid wearing a Honda badge: the 2018 Accord Hybrid. The more things change, the more they stay the same.

That makes the Accord Hybrid the cheapest game in town among hybrid mid-size sedans, yet despite that, it comes standard with advanced active safety technologies like automatic emergency braking and lane keep assist (both part of the Honda Sensing package of safety technologies that comes standard on every Accord). Only the Toyota Camry Hybrid can claim the same, but it costs nearly $3,000 more to begin with.

The as-tested price of the Honda Accord Hybrid Touring model I tested is $35,605, which represents a significant increase over the base price. The Touring model adds features like standard navigation, a wireless phone-charging pad, head-up display, leather seating and trim, active grille shutters, and more.

Honda deserves credit for trying something original and a bit daring with the Accord’s new design, but it may alienate some of the segment’s more staid clientele.

Most criticism has been levied at the car’s front end, which is a near vertical plane all the way from the lower spoiler up to the leading edge of the hood. Near the top, the strip of chrome that holds the Honda logo actually cants forward a few degrees. The visual effect achieves the opposite of the windswept, aerodynamic, featureless faces we’ve become accustomed to on our cars; rather than look sleek and fast, it looks big and brutish.

The interior of the Accord Hybrid is excellent, with plenty of comfort and style combined with straightforward controls to take the chore out of motoring. Small things like physical buttons around the main infotainment display that take you right to specific menus, an oversized storage cubby at the base of the center console, and a well-designed push-button drive selector are appreciated on a daily basis.

The mix of materials is also very good, with this tester sporting light-colored and expensive-feeling leather seating, wood-grained trim that’s deliciously dark and believably textured, and soft plastics at all the points your fingers and knees might come in contact with. The seats themselves are wide and comfortable, but don’t expect a lot of side support for your body while cornering – this is a hybrid, after all.

And being a hybrid, the Accord Hybrid is, by its nature, a smooth operator. The 2.0-liter four-cylinder engine, which isn’t even on half the time, is well isolated and muted in sound when it is. Traveling along, you can hardly tell when it kicks on and off because barely any vibrations can be felt through the seat and steering wheel. It really makes the Accord Hybrid a de facto luxury car because the powertrain makes the driving experience so serene.

Honda has kitted out the Accord Hybrid with all of the infotainment and connectivity technology consumers expect in a modern car, and then some. The Touring trim we tested comes standard with navigation that’s displayed on a large eight-inch screen perched atop the center console. Apple Car Play and Android Auto are included as well, as is an easily accessible wireless charging pad for your smartphone. There’s also a head-up display to keep vital information in view at all times, and a rearview camera that offers multiple angles of aft viewing.

Ever hear of Near Field Communication (NFC) technology? Probably not, at least not in reference to your car. The Touring model of the Accord, Hybrid or otherwise, comes standard with it, which allows dead simple and super quick pairing of your smartphone with the car over Bluetooth. In the future, it may also allow your phone itself to replace the key fob in your pocket. The full capabilities of NFC in the car are still being explored, but the Accord is one of only a few vehicles that has the technology today.

Don’t get excited. This is not the Accord to buy if you thrilling acceleration or a taste of Honda’s lauded steering and suspension tuning. Try the Sport trim if that’s your jam. The Accord Hybrid, meanwhile, was engineered for efficiency, so it would prefer you start and stop slowly and smoothly, make no sudden turns, and glide along somewhere in the range of 35-60 miles per hour. Nevertheless, it is a Honda and therefore still retains its composure if you dig your spurs in and ask it to go.

The electric motors and aforementioned 2.0-liter four-cylinder engine can produce a total system output of 212 horsepower when called upon. That’s enough to make merging and passing a worry-free affair. Accessing the full extent of that power, though, requires either burying foot into the floor or turning on the car’s Sport mode. The latter keeps the Accord Hybrid’s whole powertrain on boil and moves all that performance farther up the accelerator pedal’s travel. It’s great for squirting the car through traffic or tackling a set of lively switchbacks, but not for everyday use; the engine’s buzz can get annoying when it goes on and on.

Handling-wise, the Accord Hybrid moves and turns much like any other Accord, which is to say it handles well in virtually all daily driving situations. While the hybrid version of the Accord does weigh the most thanks to extra pounds from the battery pack, that fact isn’t noticeable from behind the wheel where body motions still feel under control and appropriate for a mid-size sedan, gas-powered or otherwise.

Every Honda Accord, including the Accord Hybrid, comes standard with Honda Sensing, a full suite of advanced passive and active safety features that would cost thousands of dollars extra on most other cars. Honda Sensing includes forward collision warning, automatic emergency braking, lane keep assist, lane departure warning, adaptive cruise control, and traffic sign recognition. Blind spot monitoring and rear cross traffic alert sensors aren’t included with Honda Sensing, and therefore not standard on every trim level, but they are standard on the EX model and up, which includes the Touring we’re testing.

As mentioned earlier, only Toyota offers as much premium safety equipment standard on every car as does Honda. At least when comparing hybrid models, though, those features are included on a far less expensive car with the Accord Hybrid versus the Camry Hybrid.

Efficiency is the Accord Hybrid’s raison d’etre, so let’s get right to it. The Environmental Protection Agency has rated the Accord Hybrid at a pleasingly repetitive 47 miles per gallon in the city, 47 on the highway, and 47 combined. Similar to the car’s price, this bests all of its more expensive and older competition from Ford, Kia, and Hyundai. The Toyota Camry Hybrid, though, is rated up to 51 mpg in the city, 53 on the highway, and 52 combined. That’s for the lighter-weight base model Camry Hybrid LE, though. If we compare the more similarly equipped Camry Hybrid XLE to this top-level Accord Hybrid Touring, the numbers turn slightly in Honda’s favor, with Toyota’s efficiency ratings falling to 44 city, 47 highway, and 46 combined. 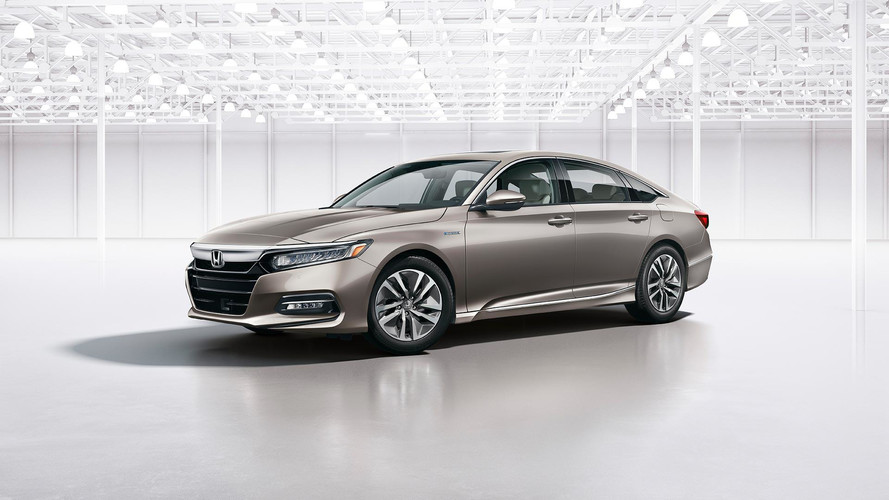