When Did Vintage VW Microbuses Get So Freaking Expensive? 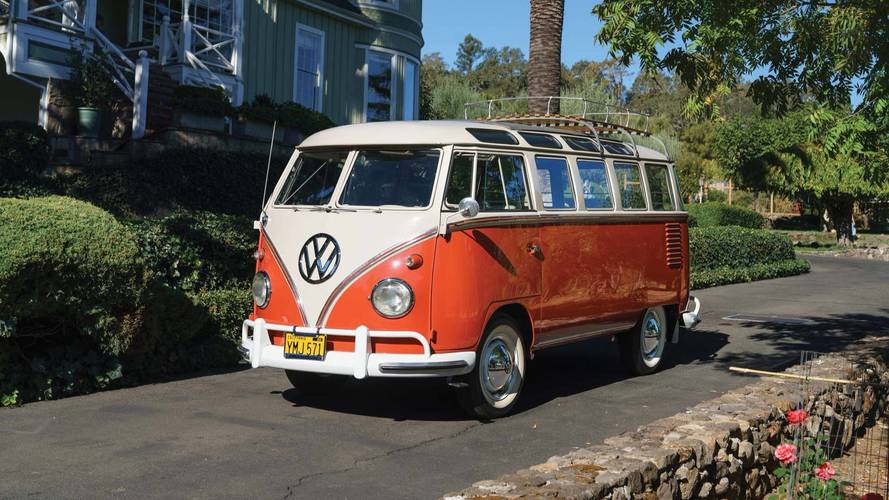 While you were buying $30 holiday gifts last month, a Volkswagen Bus sold for more than a new Porsche 911 Turbo S.

Last month, RM Sotheby’s sold a 1960 Volkswagen 23-Window Microbus for $207,200. That’s not a typo – this vintage VW was hammered home during the Icons auction held December 6 in New York with a selling price more in line with modern Italian supercars.

Being armchair observers in the world of classic autos, we know these old buses have a storied history and are supported by a seriously devoted following. We also know they’ve been steadily creeping up in value for some time now. The thing is, these aren’t quite on the radar for many auto buffs, so we suspect there are many people like us wondering when – and how – a first-generation Volkswagen Type 2 Microbus ascended into the realm of six-figure collectible cars.

To find out, we dialed up a couple experts on the matter – one from the auction world and one from the enthusiast realm – so we may better understand the bonkers phenomenon that is the vintage VW hippie bus.

“A 23-window Volkswagen is as iconic as a 1965 Mustang Convertible, or a Mercedes Gullwing,” said Gord Duff, global head of auctions for RM Sotheby’s in an interview with Motor1.com. “It’s one of those things that relates to any age, and to any level of collector. It appeals to someone that only ever wanted a 23-window bus, or to the type of collector that has Ferraris, vintage American cars; a wide range classic, iconic vehicles.”

Or course, there’s more to a $207,200 sale price than just an iconic status. Duff explained that a perfect storm of features, restoration quality, and venue played into the sale of this 1960 Microbus. He also noted that color combination makes a big difference, saying that the right shades can add as much as 20 percent to the value. On the flip side, he said having the same van with 21 windows can drop the value by half. That’s still $100,000, which isn’t exactly cheap.

Now that we better understand the why, let’s take a look at when. For that, Duff points to the pre-financial crash world of 2007-2008 as the take-off point, which is roughly the same timeframe identified by VW guru Adam Hurlburt. Aside from being a proper motoring fanatic and journalist, Hurlburt actually lives the VW bus lifestyle with his own first-generation ride – a 1965 Riviera camper.

“Split-window price hikes began in the early 2000s,” he explained. “Before then then you could nab a clean 23-window for $10,000 or less. In the 1990s you could buy one off a street corner for as low as $500. Boomer nostalgia really drove prices up, much like it did with muscle car values.”

Will the prices go up from here? Trends are suggesting the top-dollar buses are stable, but that doesn’t mean other models might not inch up. Hurlburt bought his 1965 Riveria for $5,000 back in 2010 and feels he could get at least $22,000 for it now, but both Hurlburt and Duff say the first-generation 23-window models are where the really big money will likely stay.

Who knew that one of the biggest symbols of the 1960s would become such a high-dollar collectible? For now, anyway.