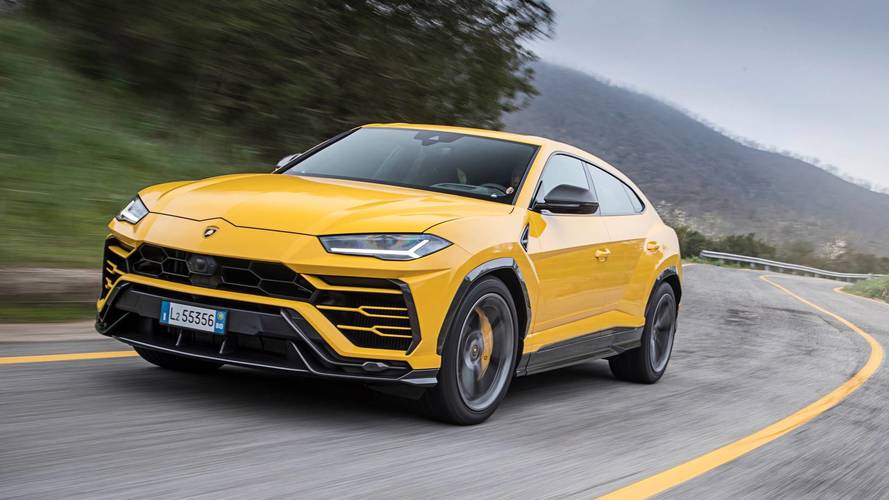 Does a spacious, five-seat SUV still feel like a Lamborghini?

Lamborghini is a small and much-loved Italian supercar brand with ambitions to expand sales beyond its limited 3,500 annual units. The Urus, whose name comes from the ancestral word for modern cattle, is the model designed to capture the car-buying zeitgeist and help make this a reality. It may not be the company’s first performance SUV – that honor goes to the LM002 from 1986, a military project that failed to attract military interest – but it is easily the most accomplished.

Is A Meaner Model Coming?

A spacious, practical four- or five-seat SUV that has a Lamborghini badge on the bonnet. You weren’t expecting that, were you? Don’t worry, for the Urus still packs plenty of pointy Lambo presence and physicality to easily summon three-figure Instagram likes, as well as encourage anybody to move into the slow lane should one loom large in their mirror.

The center console is dominated by two high-definition touchscreens that offer haptic feedback and control everything from the radio and navigation to the climate control. Car fans may have spotted they’re both on loan from the flagship Audi A8 – remember Lamborghini belongs to the Volkswagen Group – as is some other core switchgear, but the interior remains refreshingly high on drama.

The starter button, for example, lurks behind a scarlet, fighter pilot-style flip-up cover, while a suite of configurable driver modes frame a palm-shaped gear selector. The modes include race-ready Corsa, Sport, Strada, and Neve (snow), plus the optional Terra (off-road) and Sabbia (sand). Ride stiffness, steering, and powertrain can all be individually adjusted, too. Oh, and to help make modern life that little bit easier, there’s a wireless charging pad for your phone located beneath the armrest.

Unfortunately, there is no naturally aspirated V10 or V12 hidden up front. Instead, the Urus uses a 650-horsepower version of the now familiar biturbocharged 4.0-liter V8 that has been used in both the Bentley Continental GT and Audi RS6. In fact, this is the first Lamborghini engine to feature turbochargers, with bosses preferring the high torque at low revs characteristics for its big SUV. Carbon ceramic discs are standard, as are 21-inch wheels (massive 23-inch rims are optional), though you’ll need to pay extra for items like a sunroof, adaptive cruise control, and the four-seat configuration.

All performance SUVs come with the wrong ingredients for going fast: they’re too tall, too big, too heavy. Yet the Urus feels the most sports car-like of any of the SUVs we’ve tested.

Let’s start on track, where the Urus can show off its prodigious performance. Thanks to an eight-speed ZF automatic transmission and 627 pound-feet of thrust available from a lowly 2,250 rpm, the 0-62-mile-per-hour sprint can be dispatched in 3.6 seconds and the car can carry on to a top speed of 190 mph. The only vehicle that comes close to this level of insanity is the 707-hp Jeep Grand Cherokee Trackhawk, although that car hits the limiter at 180 mph.

Corsa mode drops the ride height by 0.6 inch while active torque vectoring means that up to 70 percent of total drive can go up front, or 87 percent can go rearwards when conditions permit. You can feel this power exchange seamlessly interplaying when entering and exiting a corner. We also love the monstrous grip on offer from the Pirelli P Zero tires, the easy-to-modulate carbon brakes, and the four-wheel steering, which helps the front end turn in more incisively than any SUV of this size has any right to.

There are also adaptive dampers featuring an electro-mechanical active roll stabilization system. It’s the same trickery we’ve tested in the Bentley Bentayga, although there’s slightly more roll initiated here, offering a greater sensation of the car loading up at speed so you can better judge the grip levels.

It’s incredibly impressive but from the inside, your ears are still telling you you’re driving an RS6; even in the way the V8 clears its throat on upshifts. The engine’s familiarity doesn’t make it any less brilliant, mind; it’s just that no new-era turbocharged unit could ever match Lambo’s typical 10- or 12-cylinder symphonies. That’s the cold truth, people, so why bother comparing at all?

One thing that never changes, however, is the amount of attention this badge receives. Divisive the Urus may be, but it’s certainly a grower: less aftermarket-looking than the Range Rover Sport SVR, less color sensitive than the Bentley Bentayga, better finished than the Grand Cherokee Trackhawk, and more special than the Porsche Cayenne Turbo S.

Back in town, a smooth-shifting gearbox and compliant (if you don’t choose 23-inch wheels) ride provide good low-speed manners, keeping coffee spillages to a minimum and making peacocking around Knightsbridge or the Vegas Strip remarkably easy.

It’s also weirdly spacious. Despite the aggressively raked roofline, there’s plenty of headroom and legroom for two adults in the back and the seats are big improvements on the torture racks you’ll find in other Lamborghini models. Normal-sized humans will find the seat cushions supportive and the bolsters forgiving, even following a carbtastic Italian lunch.

Any other areas to report? Our test car didn’t feature a backup camera, which seems like a silly oversight, and you should be aware that the Urus is from the “let’s not get it too dirty” school of off-roaders. Yes, you can raise the suspension to improve ground clearance, but it doesn’t have manual differential locks or a low-range gearbox. If you want an off-roader, the Mercedes-AMG G63 will be more up your street (and come back to Motor1.com in a few weeks’ time for our first drive on the brash, iconic Merc super-SUV).

If you’re looking for a practical performance SUV that offers unprecedented levels of curb appeal and accessible dynamics, then this is the car for you.

Clearly, this is no ordinary Lamborghini, yet it deserves to wear the badge: it looks mental, it’s the fastest SUV on sale, and it can happily demolish a track as easily as a back road. Of course, there’s less lunacy and more comfort when compared alongside Lamborghinis of yesteryear, but that’s also the case for the Huracan and Aventador. Engineering more usability and refinement into its cars is the modern Lambo way, and the fact the company expects the Urus to double sales volumes only serves to justify this decision.