2018 Buick Regal GS First Drive: A German By Any Other Name 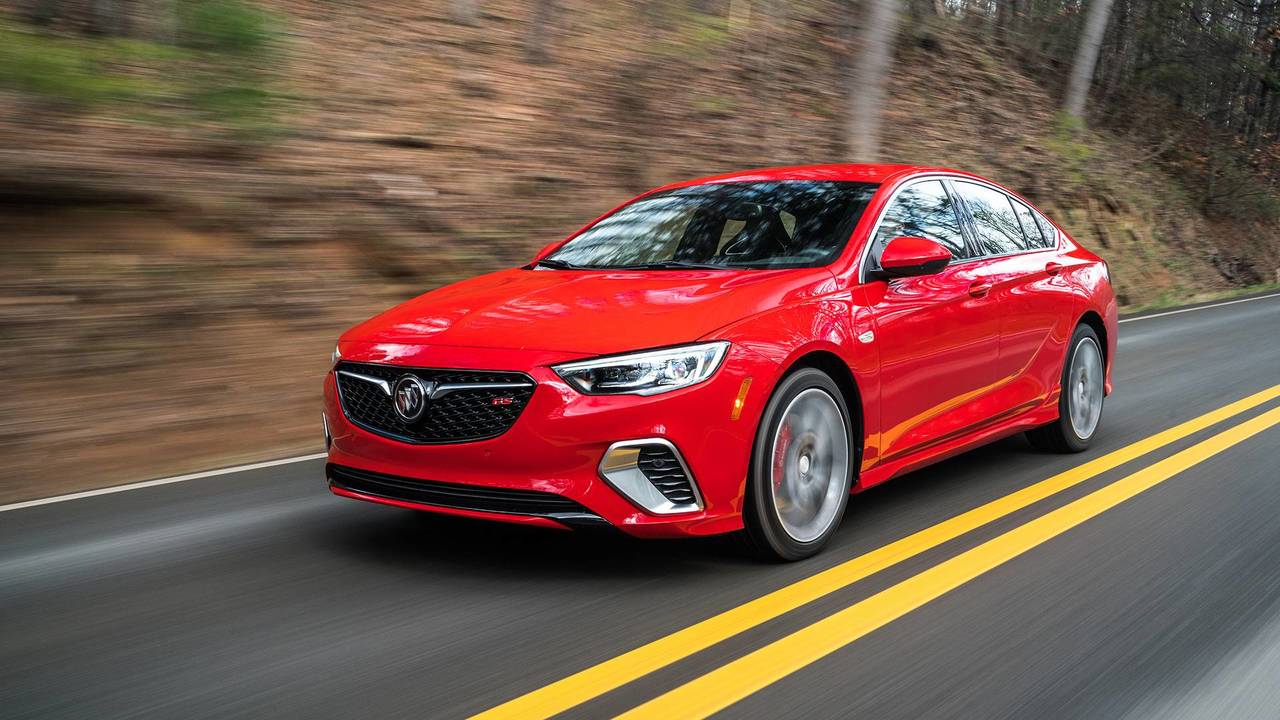 The latest V6-powered sportback on the market packs impressive performance behind a surprising nameplate.

Question: When did being called a hatchback equate to the schoolyard teasing of “four eyes?” Because that’s how I’m feeling about this resurgence of other -backs, like liftback, fastback, sportback.

This is not a complaint but merely a bleary-eyed observation as I draft this review of the 2018 Buick Regal GS which, as corporate suits will declare, is a sportback. “We don’t have a Regal sedan,” one corrected me with aplomb. Fair enough. It’s not like I called it ugly. (Note: It’s not.)

However, this segment of vehicle is a hybrid of sedans and wagons. And, lucky for us, all the best parts of the two. Because you’re basically pairing the easy handling of a sedan with the functionality of a stigma-biased “unsexy” hatch-wagon.

The progeny of this marriage will be fun-to-drive performance cars at best (and so far) or attractively designed coupe-shaped four-doors at worst. Now throw in a grunty 3.6-liter V6 and you’ve got a vehicle that is so useful, so engaging, and so handsome that of course it doesn’t make sense that Buick would build one. Except that Buick did... kinda-sorta.

German-built and more familiarly known as the Opel/Vauxhall Insignia across the pond, the all-new Regal GS is all Buick stateside – from the brand marketing to the consumer skepticism. And it’s unfair, really. Purists may roll their eyes at the rebadge but to those willing to open their optic nerves to the “new” Buick, they’re in for a treat. Because the Regal GS is downright fun.

Buick flew us out to Atlanta where we headed north to partake in J-turn and evasive-maneuver lessons on the rain-sheened asphalt of Atlanta Motorsports Park. Although an interesting experience that showcased the vehicle’s active twin-clutch all-wheel drive, Brembo-equipped stopping power, and buttoned-up chassis stiffness, who can fully judge a car simply by how well it pivots from a stop and spins in reverse?

No, where the Regal GS proceeded to go from business Buick to thrill machine was on the highways of the southern Appalachians. Mountain roads, with their elevation changes and blind switchbacks, are a joy when in the proper vehicle and frustrating when not. The Regal GS was the former.

The regular Regal and Regal TourX models have a turbocharged 2.0-liter inline-four, which is not exactly a slouch with 250 horsepower and 295 pound-feet of torque. But the GS variant is noticeably punchier with a V6 delivering 310 hp and 282 lb-ft of torque. That bests the alphabet soup-named Acura TLX A-Spec SH-AWD (290 hp) and is close to the BMW 4 Series Gran Coupe (320 hp). For kicks, Buick also likes to reference the Audi S5 Sportback, but I think it’s for sheer looks alone because that German eloquently expounds 354 hp and 369 lb-ft of torque in comparison.

Still, so confident in the performance of the Regal GS are engineers that the vehicle is fashioned with three driving modes (Normal, Sport, and GS). Toggling between all three, the adjustments are noticeable. Steering feel becomes heavier, damping is increased, and the AWD system shifts to a slight rear bias. Now without a proper on-track session, brake fade can be difficult to judge on the everyday roads of our drive route. But the front-mounted Brembo calipers performed as they should, gently nurturing our eagerness to tackle corners at faster-than-average speeds.

And with little hint of any understeer, canyon carving is definitely encouraged.

The GS mode is essentially like a Sport-plus. While the differences between GS and Sport  are detectable, you do have to be specifically looking for them due to how nuanced they are. But the variations are there. Now where the tuning feels vastly different is jumping between Normal and GS. The Regal is almost a different car.

Normal mode is perfectly fine and more than sufficient in the other Regal versions, but when compared to the GS drive control in its eponymous model, Normal feels lackadaisical – like opting for store-bought chocolate ice cream instead of a Chocolate Extreme Blizzard flavor bomb from Dairy Queen. Well done on shooting your shot, Buick.

Unfortunately, as well as the Regal GS shines in the performance and handling categories, especially against its targeted competitors, this is no luxury car. And Buick doesn’t position itself as a high-end automaker but rather one that offers, quote, “attainable luxury.” Which is admirable and all, but it’s really not enough.

The exterior does present a premium design, with the GS further distinguishing itself in the Regal lineup with sportier front and rear fascias, notably a different foglight housing design, and silver-finish surrounding the dual tailpipes. While not striking in the head-turning sense, the Regal GS is sleek and modern-looking.

A no-joke sidebar: When we stopped to take photos, one onlooker exclaimed, “Wow, that’s a Buick?!” before starting a short ramble about how far the brand has come – and that it still exists. I couldn’t disagree… but he also didn’t take a look inside the vehicle.

The Regal’s plain interior is what left me disappointed, practically feeling cheated from what should have been. Materials are nice-ish but there is still hard plastic, and the soft-touch surfaces could feel a tad plusher. And what has become my personal pet peeve with Buicks as of late are the chintzy visors and less-than-impressive headliner fabric. Because, you know, manicure life.

The cabin is quiet, however, thanks to the standard QuietTuning noise canceling system, but note that the Regal GS will let in a bit more sound as the 19-inch all-season tires don’t have the same insulation. But it’s a V6 so you’ll want to hear it, anyway.

I do reserve my biggest kudos to the performance seats up front. Both are eight-way power-adjustable offering heating and ventilating settings as well as seat and seat-back bolsters with manually adjustable thigh support. There is a massaging feature, too, but it’s neither deep tissue nor Swedish in pressure type. More like a hungover python moving around looking for a way out.

Outside of that, I was pleasantly surprised at how comfortable and supportive they were. Which makes sense since the Regal GS seats are officially “back-friendly” having been certified by Aktion Gesunder Rücken (AGR), an independent committee of medical and scientific experts.

Also, dimensions and passenger room being par for the segment, the Buick does easily win in the capacity category with up to 60.7 cubic feet of trunk space when the back seats are folded down. The Audi and BMW only offer 35.0 and 45.9 cu. ft., respectively.

But as mentioned earlier, Buick could do more. Starting at $39,070, which is roughly $14,000 on top of the base Regal, the GS is more of a value proposition versus Japanese nameplates and those other German-born ‘backs.

For example, a BMW 440i xDrive Gran Coupe will set you back $52,695 while an Audi S5 Sportback begins its price climb at $55,375. Yet they are undoubtedly in the luxury car category with high-end interiors and technology features to match their well-tuned dynamics. The Lexus IS350 F-Sport AWD is a sub-$50,000 entry at $47,355 but doesn’t skimp on the premium touch-and-feel.

All things considered, Buick is definitely in that white space between mass market affordability and premium performance offerings. And the Regal GS, for what are relatively minor failings, does impress – and at a good chunk of savings depending on what’s on your shopping list. So, you can either buy German performance at a U.S. discount, or pay the upcharge for actual German bragging rights.

For five-figure savings, though, is there really any shame in simply buying Opel-brand shiny bits and rebadging the rebadge? 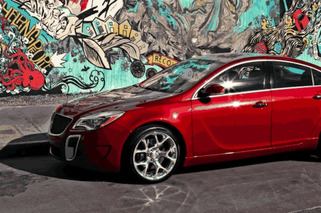