For those with access to hydrogen stations, Hyundai’s super-advanced fuel-cell vehicle is an impressive exercise in normalizing advanced tech.

Hydrogen-powered vehicles have always seemed to live somewhere between the technology of tomorrow, and a green-leaning pipe dream. A daily driver that runs on the most plentiful element in the known universe, converts it to electric motivation, and expels only water and clean air, has for years seemed functionally unobtainable.

The timetable for the viability of hydrogen fuel cell cars may still be very debatable, but the desirability of the Hyundai Nexo package is likely to be more easily accepted. To start, where Toyota and Honda have given their FCVs fugly forms, the Hyundai comes to market with cool styling and the small-SUV form factor so many buyers are shopping for today.

It's Clean And Strong: 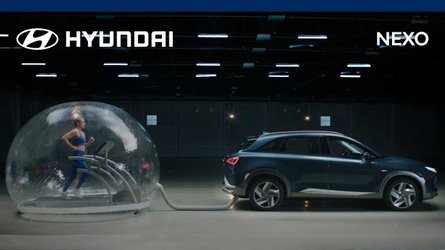 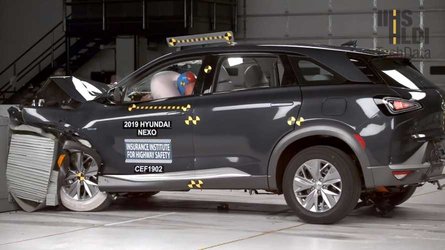 I’m not sure how this detailing will stand up against the test of time, but circa 2018 the Nexo looks fresh. Super wide and trim LED lighting elements help to balance the angular grille – a feature that looks slicker on my matte gray test car than in some of the other colors. Overall the front fascia brings a hint of the avant garde to a sleek two-box silhouette that’s otherwise kind of conventional. Out back, triangular taillight clusters are sure to give the Nexo an unmissable signature after dark. 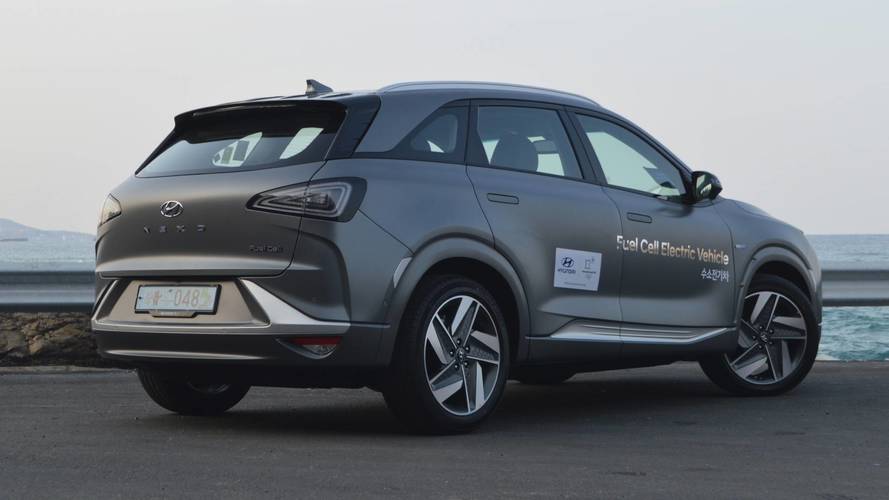 The Nexo’s cabin is rather fashion-forward, too. The interior is dominated by a very large – 12.3-inch – infotainment system, and underscored by a stylish metallic trim that stretches across one’s forward view. Rendered in the kind of dusky-gold and grayish-blue color palette that you see here (excuse the clutter; Hyundai staff filled our cars with all manner of snacks and oddities), I caught a distinctly “Lexus on a budget” vibe.

The other element of the cabin that begs note is the central button repository on the tunnel. Essentially all of the hard buttons in the vehicle have been situated here – including a push-button transmission interface – offering up a user experience that seems wholly snatched from the last-gen Porsche Cayenne playbook. Like it or loathe it, I implore you only not to dismiss the layout as “button-heavy.” Though they have more visual weight being all clumped together, I can’t say there are actually more physical buttons than you see in many other cabins… it just feels that way. 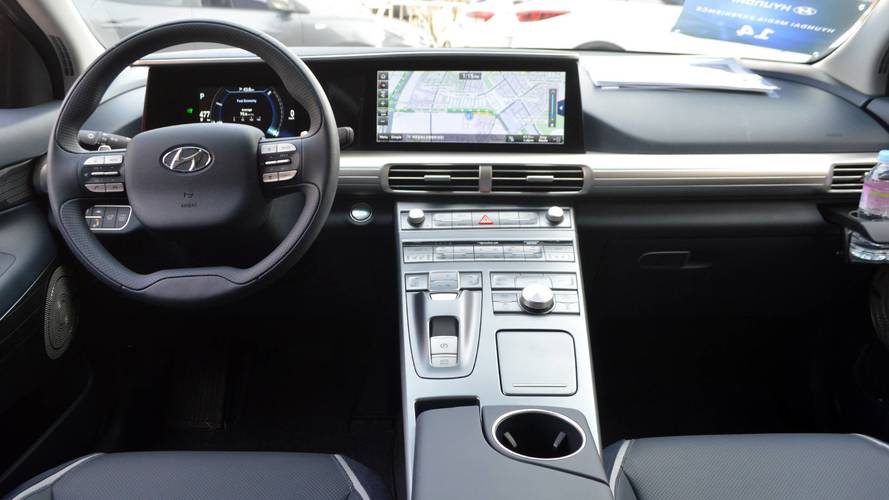 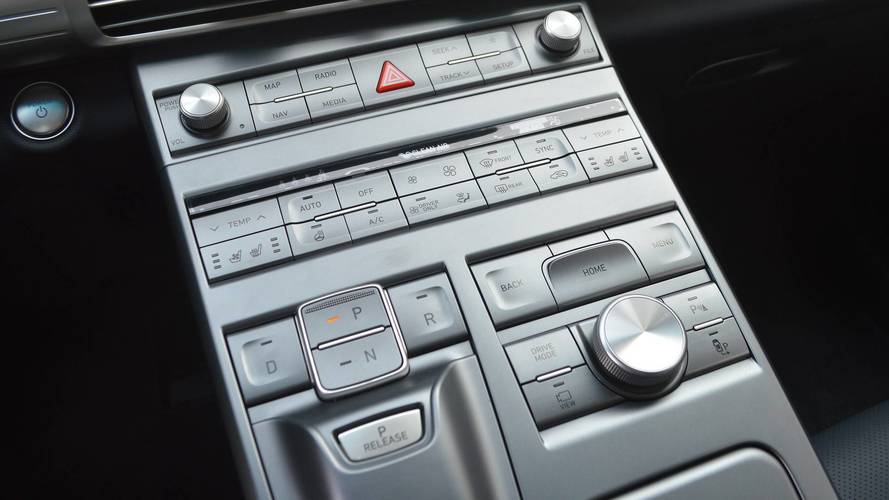 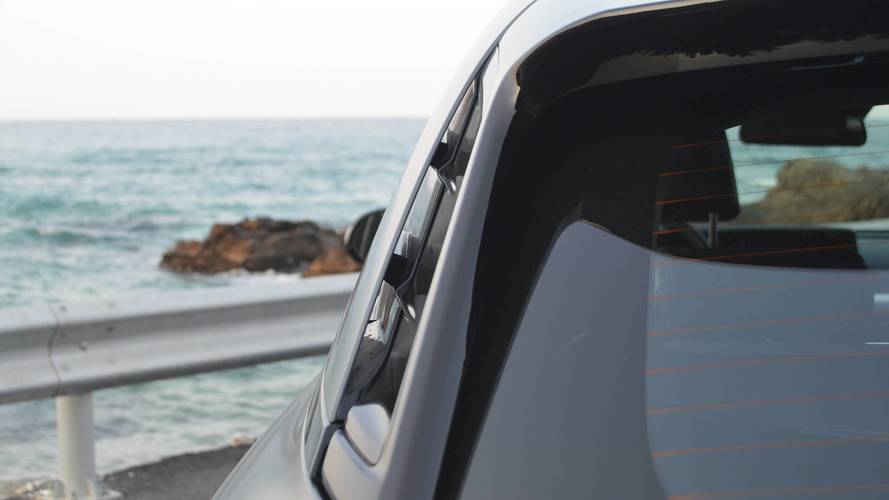 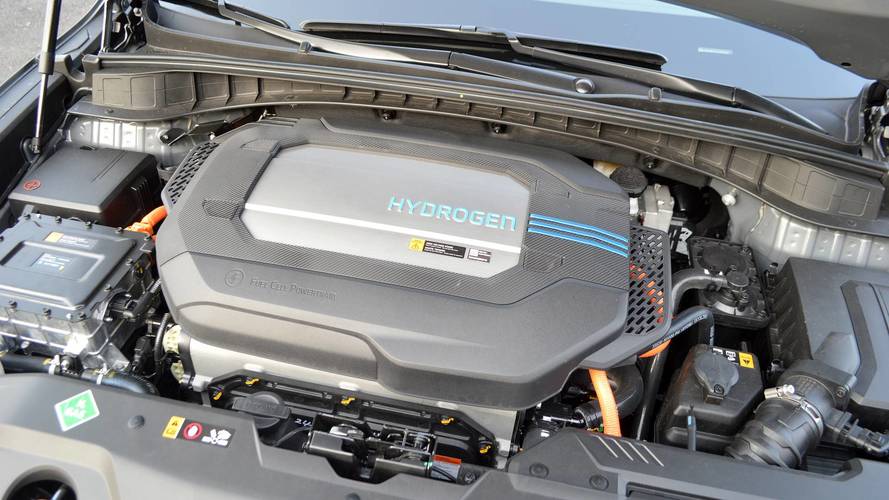 More impressive by half than the Nexo’s “space pod” styling, inside and out, is the fuel cell stack and electric powertrain that motivates it. This is far from Hyundai’s first effort at fuel cell tech – having built and leased the Tucson FC as well as a variety of city busses and motor coaches – and the impressive stats bear that out. The car’s total range is about 370 miles, with three nearly indestructible hydrogen tanks comprising a total storage volume of 156.6 liters. Total refueling time is down to just five minutes. And, where Hyundai’s older FC vehicles wouldn’t start below -4 degrees Fahrenheit, the new system has a much more impressive operational range, starting in 30 seconds at temps as low as -30 degrees. Finally, where the older fuel cell catalysts would stop working after about five years, this Nexo is guaranteed to have a decade’s worth of durability.

Power from the front-mounted induction motor is sufficient, if not exactly Tesla-baiting. Total system output stands at 161 horsepower with a robust 291 pound-feet of max torque. Not unlike diesel-powered vehicles, that strong torque figure allows the Hyundai to make highway passes with authority, but it doesn’t render an impressive acceleration figure: 0-62 miles per hour comes up in a lazy 9.2 seconds.

My drive route was made up of just a little city fare followed by lots of time on the open highway, so handling impressions are a little hard to conjure. Suffice it to say that engineers have delivered a well-weighted, if feedback-light, steering experience, and a tidy but inert cornering sensation, which matches my expectation for this small crossover class. 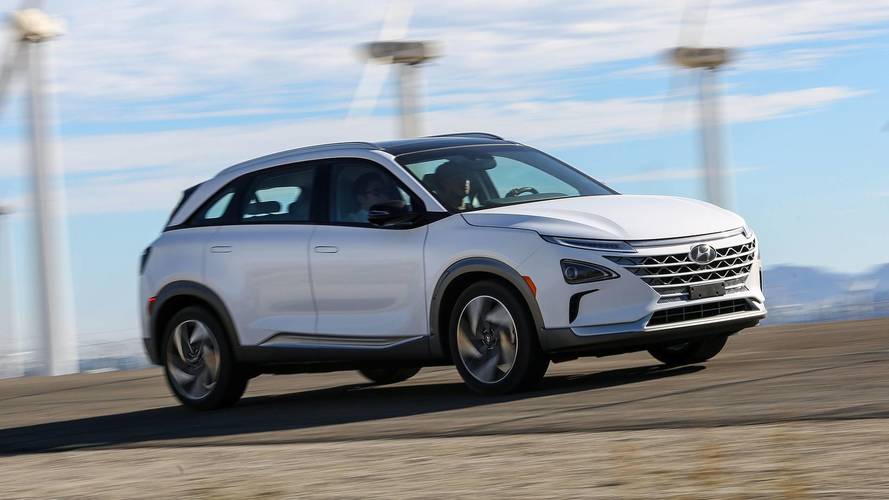 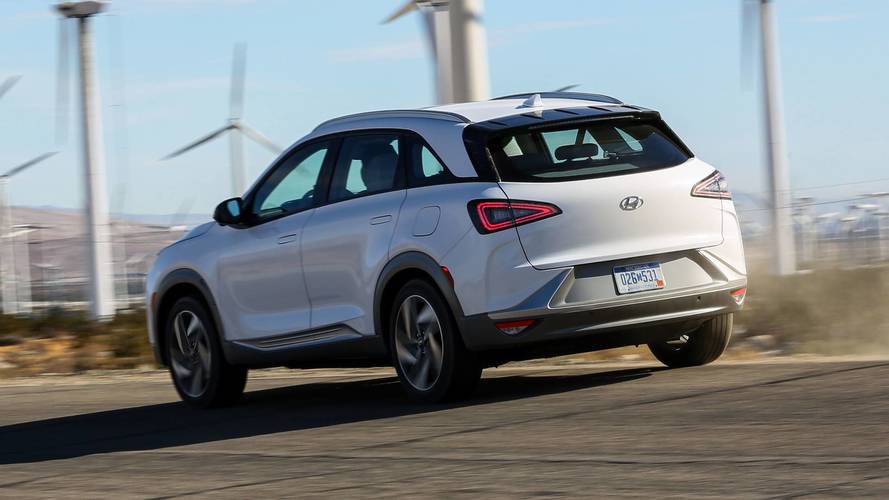 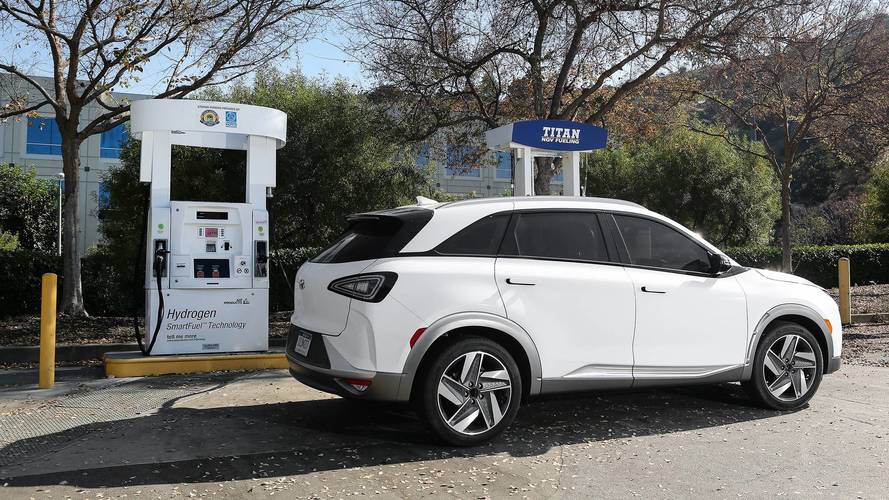 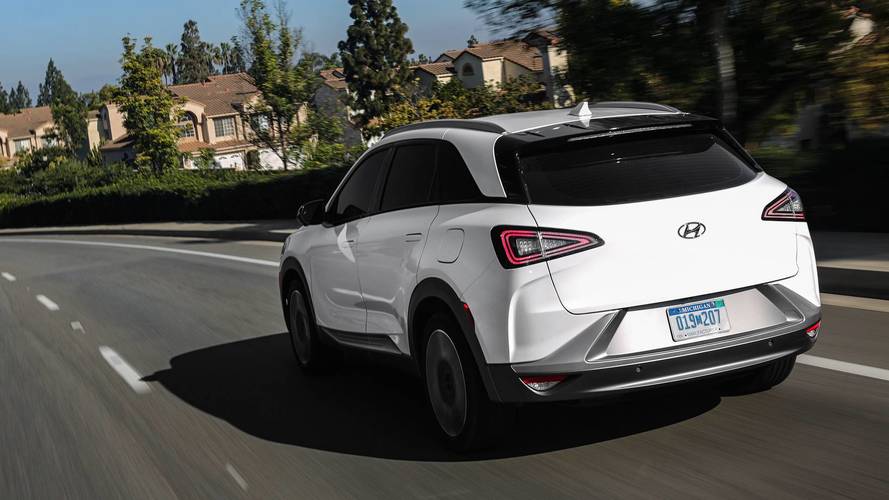 Levels of noise, vibration, and harshness on the highway, however, are pleasantly low. The electric powertrain is more or less silent, with just the tiny hint of a mechanical whine coming through into the cabin at higher speeds. Wind noise on the highway seemed a little high, if I’m honest, though I’m sure I noticed it more for the lack of racket from a combustion engine and exhaust. Ride quality on the 19-inch wheels was quite smooth.

The Nexo’s packaging, with hydrogen tanks smuggled under floor and rearward of the vehicle’s centerline, is impressive considering the constraints, though slightly smaller than you’d find with a typical compact SUV running a traditional powertrain and gas tank. Hyundai specs about 30 cubic feet of storage space, which is about half what many compact crossovers will give you.

Even if it is slightly cramped, the fact that the Nexo is a kind of tech halo car for Hyundai is apparent in some of its advanced features. Though slightly annoying with overly chatty warnings and frequent beeps, the Nexo’s ability to spot and warn about upcoming traffic cameras on the Korean highways was pretty astonishing. What’s more, this production vehicle is equipped with an impressive quasi-autonomous cruise control system, which will steer to follow lane markings, and adaptively adjust speed to keep a steady distance from the traffic ahead. (The company is testing a fully autonomous version as well, which I’ll report more on, soon.) With zero emissions, quiet running, and the ability to let the driver relax for short spells, the Hyundai would make for nothing less than a super commuter vehicle.

…As long as you live in certain areas of California.

U.S. residents who’d like to park a Nexo in their garage will have to do so in the golden bear state, or not at all. While hydrogen refueling stations are dotted around other areas of the country, California – where plans have been laid to have some hundred of the joints in years to come – is the only market as of now. You basically have to live in the greater Los Angeles or Bay Area regions to make this technology work for you.

What’s more, while Hyundai hasn’t announced pricing yet, remember that the lease-only Tucson Fuel Cell asked a not-insubstantial $499 per month; speculation at Nexo pricing (which will be available for sale and lease) would presumably start with that as the baseline.

Big leaps forward in technology – and make no mistake, the Hyundai Nexo is truly astonishing on that front – do not necessarily go hand-in-hand with mainstream adoption. I’m not a hater; despite the limited scope for ownership, Hyundai’s latest FC is legitimately impressive. A world powered by hydrogen may not be exactly imminent, but Nexo helps to show that it’s far more achievable than you may have thought.