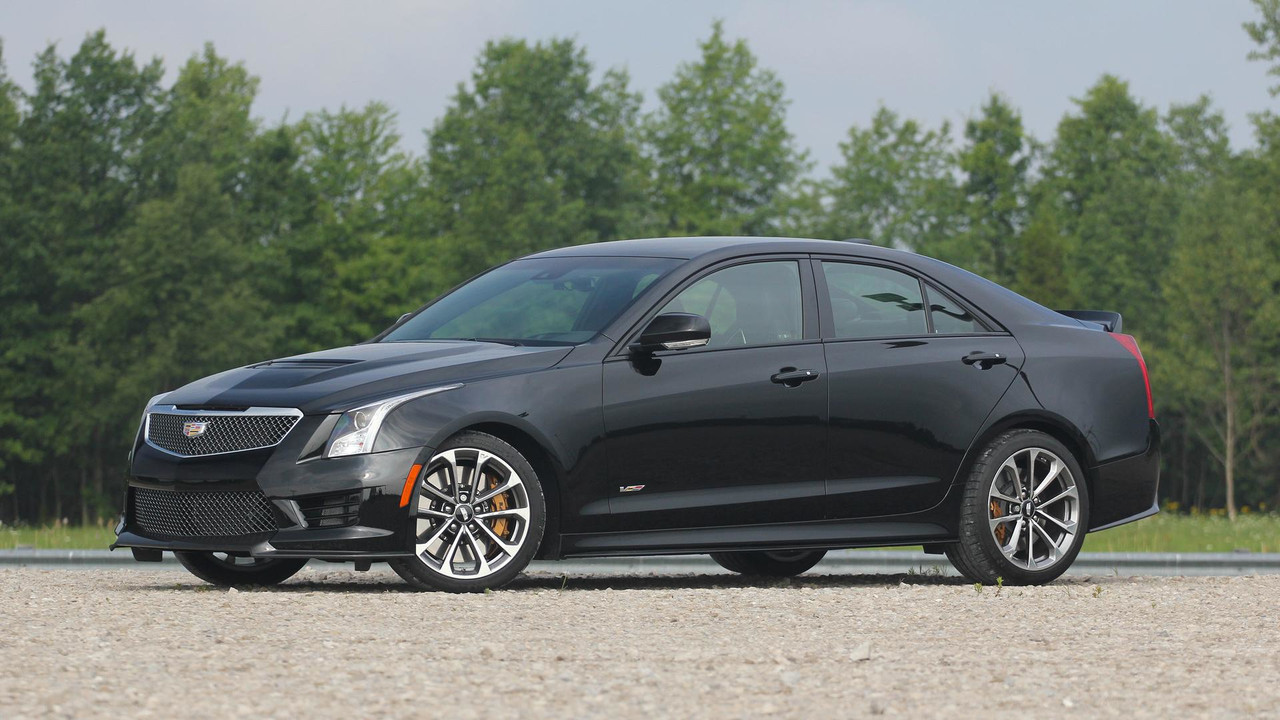 Cadillac’s smallest V whoops ass in every category that matters, except one.

Take a big engine and put it in a small car. What used to be the recipe for yesteryear’s muscle cars is now the formula for small super sedans like the Cadillac ATS-V. It requires a deft hand, though, to marry something the size of a Honda Civic with an engine that outguns a Corvette. Fortunately, Cadillac has a lot of experience building high-horsepower V cars, as well as many years experience of successful racing on the track. On the street, the brand has gone from nipping at the heels of BMW M and Mercedes AMG models to beating them at their own game with cars like the ATS-V. It’s at once both a better track weapon and a more tractable daily driver than either the M3 or C63. In fact, the only way in which it still trails either is status, which is something every Cadillac contends with.

Incredible suspension. The ATS-V uses parent company General Motors’ Magnetic Ride Control suspension, which monitors the road up to 1,000 times per second and changes the damping characteristics of the suspension accordingly. It’s a marvel of engineering that can make the ATS-V feel as comfortable to drive as your couch is to nap on, or as firm and precise as a Pirelli World Challenge race car. The four driving modes – Tour, Sport, Snow/Ice, and Track – all drive like completely different cars wearing the same ATS-V suit.

Tour de force engine. A 3.6-liter V6 with two turbos beats out 464 horsepower and 445 pound-feet of torque within the chest of the ATS-V, which is basically the size of a compact car. That lopsided engine-to-car ratio is responsible for some fantastic performance figures: 0-60 in 3.8 seconds and a top speed of 189 miles per hour (in the class, only the Alfa Romeo Giulia Quadrifoglio’s 191-mph top speed bests it). Numbers don’t tell the whole story, though, as this motor’s instant throttle response and swell of thrust require seat time to appreciate. I surely didn’t until I loosened the car’s electronic reins and dug in my heels; it responded like Secretariat being shot out of a cannon.

Track-ready. This car is track-ready right out of the box, and gets even fiercer with a few options. It comes standard with a Performance Traction Management system that offers five modes of track-only settings: Wet, Dry, Sport 1, Sport 2, and Track. Each one pro(gressively dials back assistance from the traction and stability control systems until the training wheels fall off entirely. Cadillac also offers a Track Performance Package, which costs $5,995 and adds lots of carbon fiber plus a Performance Data and Video Recorder. This sweet piece of tech uses the car’s front camera to record track sessions and then overlays performance data on the video, which can then be downloaded for analysis and sharing. Recaro seats with passthroughs for five-point harnesses, Michelin Pilot Super Sport performance tires, and Cadillac’s crazy impressive racing pedigree (it’s currently dominating the IMSA WeatherTech SportsCar Championship series) round out the ATS-V’s track credentials.

Smallest of the smalls. The ATS-V is a small car, a compact car to be specific. But even among its competitive set, it’s the wee-est of the bunch. Its two closest competitors, the BMW M3 and Mercedes-Benz C63 AMG, are larger in nearly every dimension. Rear passengers, in particular, are punished in the ATS-V, with rear leg and headroom down by a couple of inches compared to the Germans. Trunk space, too, is a meager 10.4 cubic feet, versus as much as 12.6 in the Mercedes. Yet as small as it is, the ATS-V somehow manages to be the heaviest.

Not a status symbol. This is the car you buy if you want to win at the track, but if you want to appear to have won at life, you buy the BMW, Mercedes-Benz, or new Alfa Romeo Giulia Quadrifoglio. Cadillac just doesn’t have the brand cachet to get front-row status at most valet stands, especially on the coasts, and not even this super sedan’s brash appearance can change that. Enjoy it for what it can do, not how it can change the way others perceive you.